Committee on the Elimination of Racial Discrimination ( CERD): Switzerland in the Dock 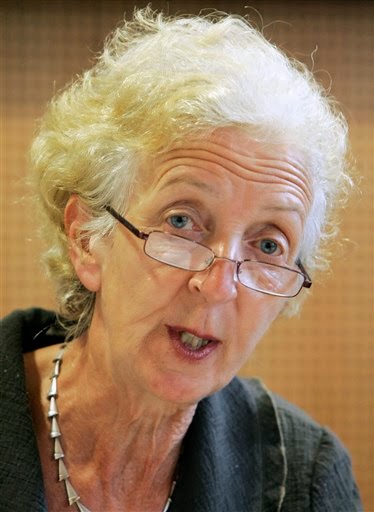 Committee on the Elimination of Racial Discrimination considers report of Switzerland

Here are the very probing questions raised by the experts which shows their concerns:

Questions by Experts
The Chairperson said that the presentation had been comprehensive, and provided additional information to that provided in the report. The involvement of non-governmental organizations in the preparation of the report was also commended.

ANASTACIA CRICKLEY, Committee Expert and Country Rapporteur for Switzerland, began by noting that 23 per cent of the Swiss population of almost eight million were foreigners. Swiss federalism took direct account of the bottom-up approach, which provided for a positive perception of citizens’ inclusiveness. The challenge for the Committee was to help the State party identify and re-enforce enhanced implementation of the Convention. The new appointment order for the Federal Commission against Racism, which had emphasized its independence, was commended, but regret was expressed over the lack of increase in the Commission’s financing.

Regarding legislation, it remained unclear what the exact implications of the latest referendum on immigration would be, Ms. Crickley said. Could the delegation shed some light on that subject? On the question of integration, could the State party comment on reports on large numbers of undocumented migrants? Was the State party considering ratifying the International Labour Organization’s Convention on the Protection of Domestic Workers and the Convention on the Rights of All Migrants and Members of Their Families? The lack of comprehensive federal legislation defining racial discrimination was regretful. Political efforts to achieve any such legislation had failed thus far. It was positive that Switzerland was going through a constant debate on federalism. Innovative developments at the federal level would be welcomed.

Concern was expressed that previous Swiss jurisprudence stated that a victim of domestic violence could remain in Switzerland after leaving her husband provided that the violence had reached a certain threshold. Could more information be provided on women migrants or women from minority groups, who were often in doubly vulnerable positions?

Protection against discrimination in the areas of work, rented houses and services was raised. Ms. Crickley also asked for information on the so-called “F” status, which seemed to limit freedom of movement and possibly implied some indirect discrimination. What was meant by “well-integrated foreigners” in the current Law on Citizenship?

Concerning racial profiling at points of entry of people who were visibly different and the Roma who had arrived to the country recently, what measures were being taken to address profiling and police behaviour? How was the police behaviour monitored? How was the issue of stereotyping of the Roma in the media and public perception being dealt with? The Commission against Racism had been given a “C” status. Ms. Crickley urged the State party to consider establishing a unique independent human rights institution in line with the Paris Principles, which would have an “A” status.

Regarding the previous week’s public vote on mass immigration, an Expert commented that while the rights of the Swiss people to have their say in full sovereignty, the “direct democracy”, had to be respected, there were few reasons to welcome its result. It was highly likely that a highly bureaucratic, costly and ineffective system of quotas would have to be established, and it would not be favourable to economic development. The vote could provide an opportunity for the European Union to reflect on the way its policy on free circulation of persons was being applied.

Popular votes were not necessarily the best way of democratic expression and should not always have the final say, another Expert commented, adding that the rise of the extreme right through democratic means, such as popular referenda, had a huge negative impact on the efforts by the United Nations treaty bodies, including the Committee on the Elimination of Racial Discrimination. The wishes of Swiss people, as expressed in referenda, ought to be respected. At the same time, Switzerland was not an island; it was firmly embedded in the international arena, had accepted myriad international standards, and was a major player and arbiter in mediation efforts, an Expert said.

The Expert expressed some sympathy with the Swiss people who had voted in favour of the mass immigration ban. There were competing values at play here, he said: the most democratic expression of popular will versus the adherence to international treaties, including the Convention. Swiss people sometimes needed to be reminded that hate speech was not permissible. What could be done to ensure that minorities living in Switzerland did not feel insecure? Could courts get involved in private cases of discrimination, such as in the area of housing?

An Expert expressed his surprise at a statement by a Geneva official, who had implied that other cantons had not done enough to combat abuse of social aid and conduct labour inspections, which was why the German-speaking cantons had voted in favour of the initiative. In the years to come, many people would suffer as a result of the previous week’s vote. Relations between Switzerland the European Union would go through a time of turbulence, but there had to be hope that a sustained dialogue would allow for reasonable solutions.

The current legislation against racism was deemed as underdeveloped, and concern was also expressed that freedom of expression was perhaps given priority over protection against hate and racist speech.

Concerning illegal immigrants, over 90,000 people were supposed to be living in Switzerland without residency papers, an Expert said, asking what the authorities were doing to resolve the problem. An Expert asked about beggars in Swiss streets. The issue of long-term visas for Experts attending Committee sessions was raised by several Experts. Some Committee members had suffered from lengthy Swiss visa procedures and delays.

Switzerland was commended for acknowledging the Yeniche as an ethnic group and providing provisions for their protection. The survival of the Romanche language was raised with some concern. Efforts should be made to ensure its sustainability. A question was asked on the monitoring of the status of persons of African descent.

What was the status of victims of racial discrimination in the Swiss Criminal Code? How were the complaints against the police processed? Were they considered by the prosecutor’s office or were they brought before the courts? Were there any examples of cases of Swiss citizens who had been prosecuted for racial discrimination?

The Committee held the Federal Government responsible for the implementation of the Convention, regarding the internal system of organization of the State party. The Expert reiterated that there was a need for a federal law to combat racism. While it was frank to admit that there was no political will for such a move, what could be done to address that problem? It was the task of the Federal Government to find a way to overcome such obstacles.

Regarding the freedom of movement of asylum seekers, the Expert asked for clarification on whether asylum seekers had unlimited access to public places in addition to public services. What was expected of private businesses in that regard?

To which degree were cantonal initiatives subject to international law, an Expert inquired. Was the referendum on banning face coverings in Ticino being reviewed on the basis of international or national instruments? There seemed to be a persistent practice of forced marriage in Switzerland, as reported by other committees – would the delegation have any data to offer on that matter?

An Expert noted efforts made by Switzerland to fight racism in sport. He reminded that Switzerland, along with Austria, had hosted the European Football Championship in 2008. Was Switzerland part of the Budapest Convention and was it taking actions against racist and hate speech online?

Teaching on the Holocaust and genocide should be further developed, and children should be taught that extremist political ideologies could have serious repercussions, an Expert recommended.

An Expert asked for information on detained migrants and foreigners to help analyse possible structural discrimination. Was the State party undertaking any activities for the International Year and Decade of People of African Descent? What did it mean to be an indigenous person in the Swiss context, another Expert asked.

The Country Rapporteur how external economic policies lined up with Switzerland’s human right policy and the elimination of racial discrimination.

The Country Rapporteur asked why cantonal programmes of integration did not include any provisions on two-way process, and expressed concern that integration was being used to replace the need of anti-discrimination legislation. She added that summer 2015 was too late a deadline to complete the comprehensive federal study on anti-discriminatory legislation. Was the State party giving active consideration to the development of an “A”-status national human rights institution?

How did Switzerland ensure that the message of migrant contributions to the Swiss economy was adequately presented and portrayed? How was the reality of the new, emerging Swiss diversity celebrated? Considerable concern was expressed over general conditions for “targeted searches”, which were not specific enough.

An Expert noted that Switzerland used the term “targeted searches” for what actually appeared to be racial profiling. The matter had to be legally regulated and not left to the discretion of the police.

The Roma would continue their travel across Europe regardless of border checks, which was why European countries, both those of origin and destination, had to work together in that regard, an Expert asked, also asking for more information on the freedom of movement of migrants in between cantons across Switzerland?

That the foreigner population of Switzerland was only 23 per cent but foreigners made up 75 per cent of the Swiss prison population was a sign of huge overrepresentation of incarcerated foreigners, an Expert said, asking for information on that in the next report.

ANASTACIA CRICKLEY, Country Rapporteur for Switzerland, said the Committee appreciated the delegation’s precise and honest answers but that the issues of media stereotyping and hate speech by politicians had not been directly covered. The Committee’s concluding observations would tackle the following areas: civil anti-discrimination legislation, integration programmes, data collection and the development of a national human rights institution. Concerns about the underlying trend of the “democratization of discrimination” were reiterated. While positive measures made by Switzerland were welcome, an impression persisted that racial discrimination was not being dealt at the same level as gender and other types of discrimination, Ms. Crickley concluded.

JURG LINDENMANN, Deputy Director of the Directorate for International Public Law at the Federal Ministry of Foreign Affairs of Switzerland, thanked the Committee for an open and constructive dialogue. Preserving and re-creating a society in which members could live together with mutual respect was an ongoing process and the authorities were fully aware that it was a sustained effort. The Committee’s expertise and advice was beneficial to Switzerland in its continuation of activities to combat racial discrimination, and its concluding observations would be transmitted to the Swiss Government.
For full report including responses form the Switzerland see here