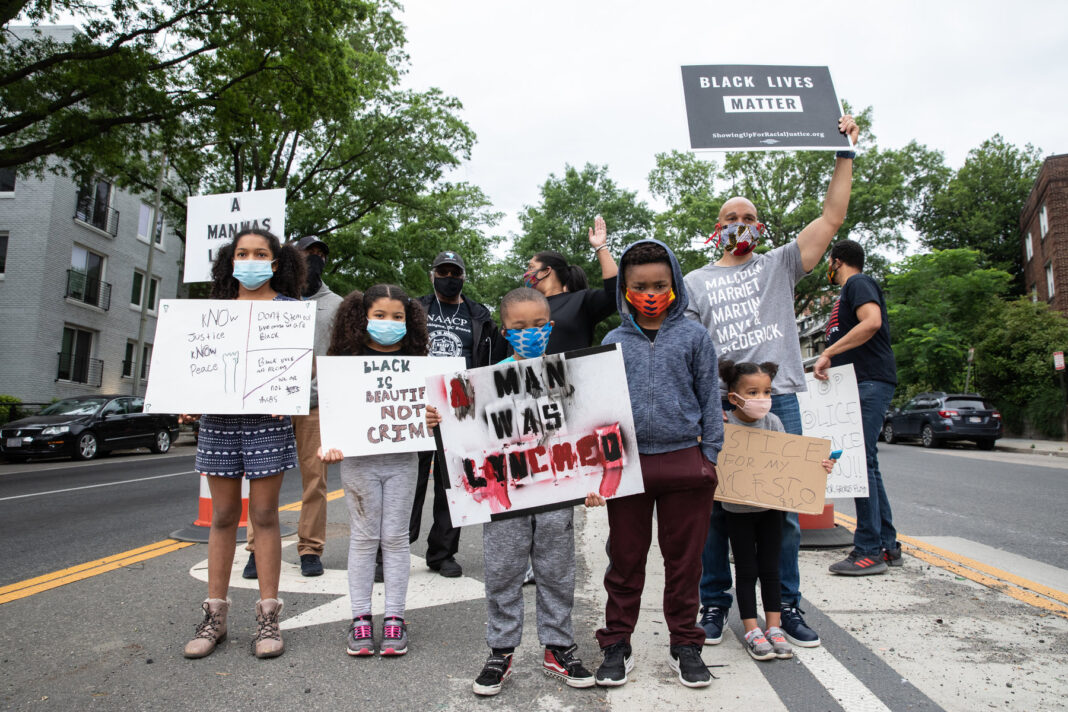 Yesterday Sri Lanka police harassed, intimidated and try to arrest parents who were participating in a peaceful protest in the memory of fallen heroes of youth led Aragalaya. We publish below United Nations stand  defending children’s participation in demonstrations.

(1) where they accompany their parents who are participating in peaceful assembly, including peaceful protests; and

(2) where they participate of their own volition and by themselves (with or without parental approval). This may take place

(a) in actual physical assemblies such as strikes, sit-ins or marches, and/or
(b) in the ‘virtual’ context of on-line participation.

4.1 Children participating in peaceful assembly with their parents Children are in many instances ‘brought along’ to protest by their parents or other adults. In some cases this is due to the fact that the parent is the caregiver and has no option to leave the child in the care of another. In other situations the parent views this as part of child’s development of civic awareness. In this regard, the important features to emphasize are as follows:

• Children have the right to be present at peaceful assemblies with their parents or other adults;

• The State should not take a negative or punitive approach to parents involving their
children in peaceful assemblies.

• That although parents bear responsibility for the care and protection of children in such situations, the State has a positive duty to protect children’s rights and must at all times act with an awareness that children may be present at the assembly, and protect them from any harm that might be occasioned by law enforcement actions as well as harm caused by other participants in the assembly.

Banning children from being brought to such assemblies, even though it may be aimed at protecting them from harm, is generally not compatible with article 15 of the CRC.
Restrictions are not permissible unless they can be shown to have been provided for by law, and are necessary and proportionate in relation to the permissible grounds for
restrictions enumerated in article 15(2). Less restrictive measures should be taken, guided by the objective of facilitating the right, while ensuring that all reasonable efforts are made to protect children from violence, detention and other negative effects.

4.2 Children participating in peaceful assemblies as individuals or groups, separate from their parents

(a) In actual physical assemblies
Children often have difficulty in participating in assemblies as they often face first-line resistance from caregivers and teachers, and from the State. The CRC Committee notes academic and legal arguments that children may have an enhanced right to participate in peaceful assemblies because they are generally unable to vote, and therefore peaceful assembly is a means to bring about change.

Indeed, the CRC committee has on occasion pointed out to States during reviews of the State parties that children have the right to associate, to express views and to be involved in peaceful assembly activities.9 The important features are:

• Children have a right to participate in peaceful assemblies, and civic education needs to ensure that children, parents and teachers all understand this.

• There are certain risks to being involved in peaceful assemblies, especially public protest actions that take place in public spaces such as parks and streets, because they can turn violent. Civic education should thus ensure that children are made aware of these risks so that they can make informed choices on whether to participate or not.
• Facilitation of peaceful protest is the best means to ensure that it remains peaceful, and thus parents, teachers and law enforcement officials should take pro-active steps in this regard.
• Children should never be sanctioned for participating in peaceful assemblies. Even if such assemblies turn violent, children should not be subjected to groups action, random arrests or detentions., which may constitute unlawful or arbitrary deprivation of liberty of the child in violation of Article 37(b) of the CRC.10 If specific children are reasonably suspected, as individuals, of having perpetrated violence themselves, they should be dealt with in child justice systems in processes that conform to Articles 37 and 40 of the Convention on the Rights of the Child, in line with the CRC Committee’s General Comment 24 on the rights of children in child justice systems.