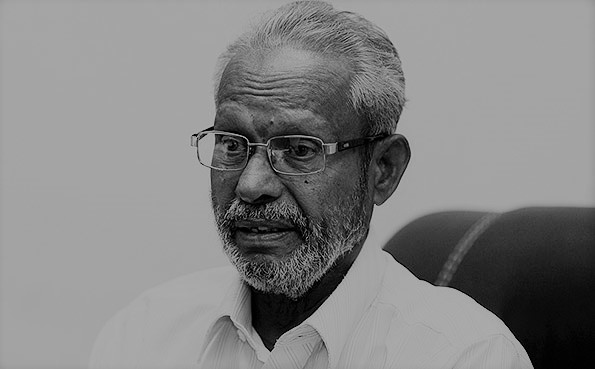 Chairman of the Northern Provincial Council (NPC) C.V.K. Sivagnanam has told Ceylon Today that generalization and coming to the conclusion that a revival of the LTTE is taking place in the country especially in the North is false.

He  has stressed that connecting the entire lot of rehabilitated LTTE militants with recent criminal activities in Jaffna is malicious and unreasonable and urged all concerned to refrain from doing so.

“An unknown power wants to keep this part of the country in tension. There is information that some of the people who are so-called rehabilitated ex-militants are allegedly used as informants and military intelligence agents.

It’s possible that those people may have got into such anti-social activities but the blame should not be attributed to all those poor fellows,” he has said.

He has added that “I have met several former LLTE cadres who have come for assistance. They are striving hard to exist and they want to live with their families.

They are not receiving support from anybody but they are blamed for all criminal activities in the North.”

Sivagnanam has said that the former militants are trying to survive within a framework of a peaceful society.

He has also stressed that the Northern Provincial Council has failed to reform and support the ex-militants due to lack of resources.

“At Provincial Council and Central Government levels we have failed to assist them. We have failed to reform them because we have no resources. We do not have the resources to assure them of a normal life,” he has said.

Media Spokesman for Crusaders for Democracy, Ganeshalingam Chandralingam has told the same news paper that  “before 2009 the LTTE had a separate administrative unit with 300,000 people and more than 35,000 soldiers. However the entire administration was destroyed in 2009.

LTTE was disarmed at the end of war. Currently, we don’t even own a small piece of land. In such a situation how can the LTTE regroup? We condemn the move to create the public impression that it is regrouping with 15-20 people,”

Former LTTE cadres have accepted the political structure and entered into mainstream democratic politics in the post-war period, he has added

“Former LTTE members are trying to strengthen themselves in the political sphere. We will do our best to explain our democratic ideologies to those who are living abroad but the Government should refrain from creating any disruptions by randomly arresting our members,” he has further said.

Some Diaspora groups are trying to maintain the tension in Sri Lanka for their political agendas, he has said.

IGP Pujith Jayasundera however had said earlier this week in Jaffna that terrorism had not been eliminated completely from the country and attempts made by the LTTE to stage a comeback should be defeated at any cost.