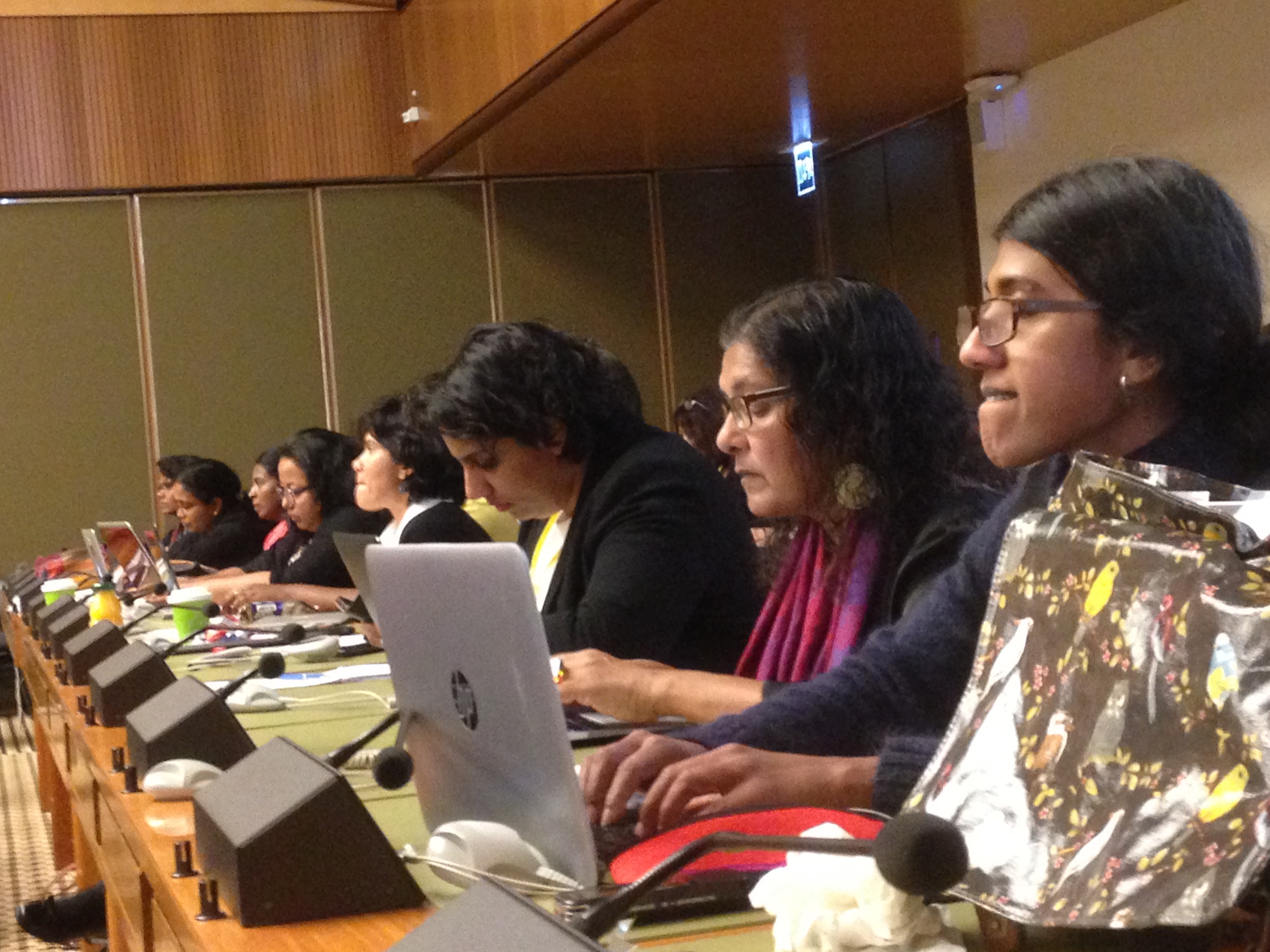 In its concluding observations  of the recently concluded consideration of the 8th Sri Lanka report,  Convention on the Elimination of All Forms of Discrimination against Women” (CEDAW)  has  expressed its concerns on many unresolved issues including difficulties faced by the war affected women.

The [ CEDAW] Committee welcoming the progress achieved since the consideration in 2011 of the State party’s combined fifth to seventh periodic reports  in undertaking legislative reforms has listed following steps:

(a)     The Nineteenth Amendment to the Constitution, which restored the Constitutional Council to recommend appointments to the senior judiciary and key independent institutions, including the appointment of reputed members to the Human Rights Commission of Sri Lanka, in 2015;

24.    The Committee notes with concern:
(a)    The continuing climate of insecurity, particularly for women in conflict affected zones;

(b)    Serious allegations that the military and police perpetrated harassment, violence, including rape, abductions, torture, sexual bribery, sexual slavery, and unjustified surveillance, including home invasions, especially of women in the Northern and Eastern provinces, and specifically targeting Tamil women, women heads of households, and former combatants, war widows and women family members of the disappeared who search for truth, justice and accountability, as well as women human rights defenders; and,

(c)    That the State party has been unable to provide the Committee with requested data on the number of investigations, prosecutions, convictions and the sentences imposed for acts of sexual and gender-based violence against women perpetrated by the armed forces and the police.

Under the Militarisation of Land it says:

42.    The Committee is concerned about the ongoing militarization of large areas of private land in the conflict-affected areas of the country, the usurpation of civilian administration responsibilities by the military, and the resulting large scale displacements of women and men in the State party, where 32 camps for internally displaced persons continue to exist. It is particularly concerned that such militarization constitutes a barrier to the resettlement of internally displaced women, durable solutions for their housing, and their ability regain their livelihoods.