Catholic Church has lost patience after 2 years & what about Tamils who have waited for 11 long years? – M.A. Sumanthiran, MP 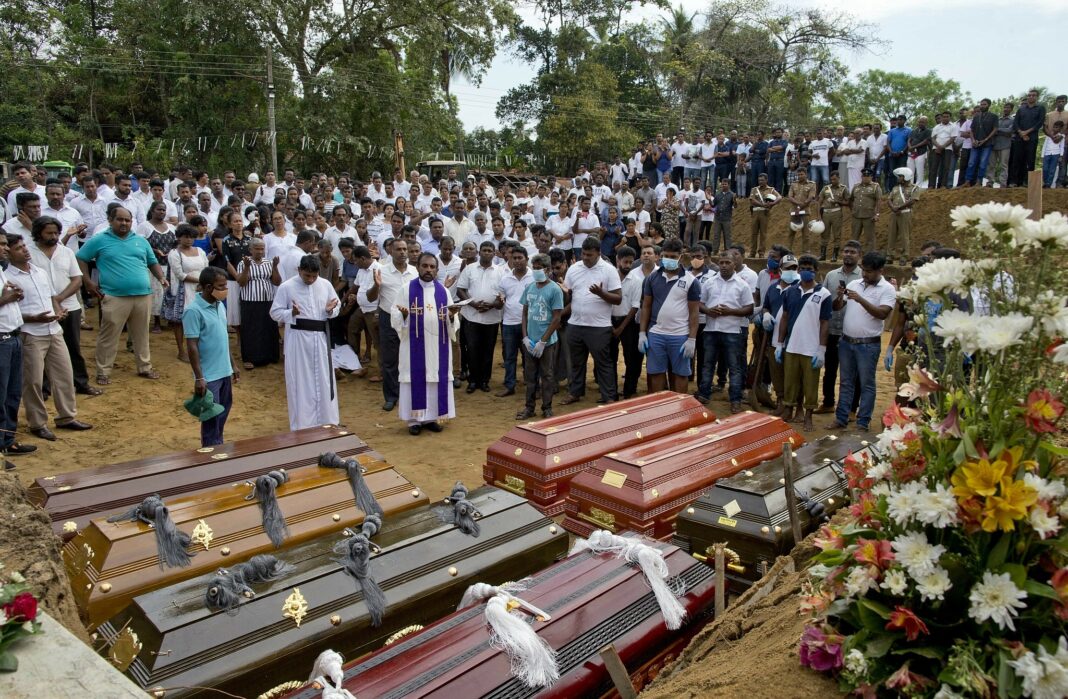 As I commence I must bring to the notice of the house that we are debating not just a report but an incident that happened almost 2 years ago, which took away 270 odd lives and critically injured more than 500 people in a series of bomb attacks, suicide attacks unprecedented not just in this country.

I would say anywhere in the world that such coordinated attacks at different places took place within the space of a few hours and that too on Easter Sunday. The target was clearly the Christian Church. We hear today and other times people saying that the Catholic community was harmed and that is true. A large number of those who killed and injured were from the two Catholic Churches that were attacked. But one must not forget that the Zion Church in Batticaloa on the East coast was also attacked and a large proportion of those who died were children because they were standing there after their Sunday School before the Church service began. There are those who died and were injured in some of the attacks on hotels as well. So primarily it was an attack on Christian Church, both the Roman Catholic and the Protestant Church, and the response of the Church to this great tragedy must not be forgotten.

At Kotahena, the Parish priest soon after the carnage said “we forgive those who led this attack”, in true Christian Spirit. I remember pastor Roshan Mahesan from the Zion Church also when he returned to the Country said the same thing. But one mustn’t be confused with the Christian Principle of forgiveness and justice. Justice and Mercy are two eyes they are not contradictory to each other, we are now in the season of Lent.

I myself being a Christian and deeply conscious of the suffering and death of Jesus Christ on Good Friday. But the story did not end there, three days later he rose from the dead, he died to forgive us our sins and rose again victorious having conquered sin itself and it is in that spirit the crux of the Christian message is that the Church was willing to readily forgive, for if we don’t forgive how can we receive forgiveness? but Justice as crucial as forgiveness itself the cycle is not complete without Justice. And that is why it is the state’s responsibility to mete out Justice.

Who is the mastermind?

Governments are in place given the task to commend those who do right and punish those who do evil. And successive governments have failed to mete out justice in this regard. I don’t want to trade allegations as has happened in the morning in this chamber, because if we trade allegations against each other we will be doing great injustice to those who died and those who suffered injuries and those who lost their loved ones. That should not be the task of this debate, the task of this debate is that we have had several inquiries into this matter we should now get to the root. In the words of the Arch Bishop of Colombo Malcom Cardinal Ranjith “ Have we found the mastermind of the attack”? no, we haven’t, I heard Hon. Mahindananda Aluthgamage says that Zaharan is the Mastermind. No, none of us accept that, His Eminence also does not accept that, that is why after this report came he has asked the question repeatedly: who is the Mastermind? That is why the Black Sunday protest has been started after this report came out. There is no mastermind revealed in this report.

Is something being covered up?

But neither has been able to say who coordinated these attacks, who’s agenda it was to carry out these attacks, In the Parliamentary select committee report in the executive summary, I am reading from the English version, Page 3, we have this to say, I quote “the PSC makes a very serious finding in terms of the status of the state intelligence apparatus. Where intelligence information known to a few was not shared with relevant parties. The PSC also observes that further investigations will be needed to understand whether those with vested interest did not act on intelligence so as to create chaos and instill fear and uncertainty in the country in the lead up to the presidential election to be held later in the year. Suggested situations would then lead to the call for a change of regime to contain such acts of terrorism. Coincidentally or not so coincidentally, the security situation and fear would be unleashed months away from the Presidential elections the PSC also notes that this occurred in the context of changes in the leadership in the Sri Lankan Army and the DMI in 2019.

These are extremely serious observations that can impact the democratic governance, electoral processes, and security of Sri Lanka and must acquire urgent action”. Who stood to benefit is one question that ought to be asked, who benefited is another question that must be asked we all know the answer, and a further question needs to be asked today is that after the lapse of two years, two inquiries, a preliminary inquiry headed by a judge of the supreme court, if we say we are still unable to name the mastermind, then is there something that is being covered up? Is there something that is being covered up? How is it that on attacks that had prior information, this is not an investigation that happens after the attack that happened with no notice to anybody? No, this is an attack that happened after due notice. With names of assailants almost a month before, three weeks before at least written information given to the authorities, so you had prior information, you had detailed information, you had information even moment before the attack, few minutes before the attack, several information came all that is there in both these reports in the Parliamentary Select Committee.

We interviewed 55 persons, in the presidential commission 457 witnesses have given evidence but after all of that, after prior information also being there if we say we don’t know who the mastermind is there is obviously something radically wrong.

The people who have suffered are not met with justice, that is the responsibility of the State. I don’t want to blame this government or that government, governments come and governments go but the state has the responsibility to its citizens, and is Sri Lanka today telling its citizens we don’t know who the masterminds are, we had prior information, we had names of the Suicide bombers 5 out of 6 names were there, we didn’t do a thing, we didn’t share the information with anybody, how can the state ever tell its citizens this? This is a very very serious issue, so serious that His Eminence has called for an international Inquiry.

And the State has failed in that, I’m saying this today also in the context of the session of the UN Human Rights council going on where repeatedly for 11 years the world has asked us about accountability. It started on the 26th of May 2009 when Prime Minister, President Mahinda Rajapakse at that time signed the joined communique with the Secretary General of UN Ban-Ki Moon in Kandy, undertaking to inquire into the allegations of violations in the last stages of the war – not done for 11years, that is why the issue will not go away, it will not go away however much you shout from the rooftops here, that this is a domestic matter and we will look after… you haven’t looked after for 11 years you haven’t done it, the Catholic Church has lost patience after 2 years, His Eminence has called for an international inquiry after 2 years. We have waited for 11 long years or longer than that, how can anybody blame us for asking for an international investigation?

Forgiveness is based on justice

An international inquiry into this matter, that happens only when the state fails its Citizens. So this is an opportune moment for me to ask those persons, from both sides of the house, who have said that there need not be any International Investigation in respect of this matter you are asking for international Investigation your religious leader is calling for that, and with justification, I support that. If the State cannot do it, this kind of violation calls for International Intervention I support, the Archbishop of Colombo His Eminence on his call for International Investigation because the state has failed, but if that can be called a fortiori much more reasons to call for International Investigation and International prosecution for the crimes that was committed during the war, until 2009 you can, you know there are speeches bravado saying we will win, we will do this, we will do that nobody can take us here there everywhere that’s foolhardy talk you can’t… we are an Island Physically, but no country is an Island we are a responsible member of the United Nations we are one of the first few members, we have obligations, we have responsibilities, we can’t only have privileges of being a member of the United Nations, we carry with it severe responsibility, if we say we are a Sovereign Nation then the Sovereignty that vests in the people must have some meaning and the officials of the State are only those who must carry that obligation and make that Sovereignty a reality to the extent that they don’t do that, to the extent that they fail to do that Justice will cry out all over the world and that’s something that people from both sides of the house must realize Christian Charity is to forgive but it’s a forgiveness based on justice and both as I said are of one hold and the world is looking at this country that has failed to deliver justice to its citizen and has become a failed state today.

(Speech made in Parliament on the debate of the report of Easter Sunday attack by Hon. M.A.Sumanthiran/10th March 2021)