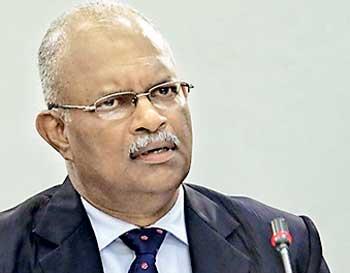 (Press Release 23.11.19) Regarding the removal of the Director of the Criminal Investigation Department,

SSP Shani Abeysekara As Sri Lanka Young Journalists’ Association (YJA), we are displeased that National Police Commission; an independent commission established by the 19th Amendment to the Constitution has made a decision to transfer the CID Director SSP Shani Abeysekara as the Personal Assistant of the Galle DIG. All the official approvals and decisions to finalize the transfer were sorted out within a day of time.

The hasty decision of the Commission to remove Mr. Abeysekara from the post of Director of the Criminal Investigation Department and demote him right after the change of the government has been prompted to make us doubt whether the Commission is truly an independent Commission. Many cases of journalists including the assassination of former editor of the Sunday Leader Lasantha Wickrematunge, the attack on Upali Tennakoon, former editor of Rivira newspaper, the abduction and torture of the former deputy editor of the Nation newspaper Keith Noyar were being investigated under the supervision of Mr. Shani Abeysekara. All these incidents took place between 2005 and 2015.

Shani Abeysekera was responsible for investigations of several controversial crimes committed during the same period in Sri Lanka including the assassination of rugby player Wasim Thajudeen, the abduction and disappearance of 11 youths around Colombo, the murder of Bharatha Lakshman Premachandra and the shooting of Rathupaswala.

It is a matter of serious suspicion that the removal of Mr. Shani Abeysekera from the Criminal Investigation Department was made just after the return of the same ruling party. It is our firm belief that Mr. Shani Abeysekara was transferred with the intention of sabotaging those criminal investigations.

More than 30 convicts of criminal investigations launched under the supervision of Shani Abeysekara have been sentenced to death by a three-member High Courts, which have also been upheld by a five-member bench of the Supreme Court. (We do not endorse the death penalty as an association). Among those sentenced to death are underworld leaders, parliamentarians, police officers and a DIG.

The sudden transfer of such a talented officer is a matter of serious doubt. When the former Inspector General of Police (IGP) asked to appoint Superintendent of Police SP Mewan Silva to fill the vacancy of CID Director created by the promotion of Sudath Nagahamulla, the National Police Commission made an independent decision saying it didn’t heed any political interference and therefore the suitable person for the position was Shani Abeysekara then. Two years later, the National Police Commission’s decision to remove Shani Abeysekara who has six years experience as an SSP and many more years experience in the criminal investigations field and appoint him as a Personal Assistant to a DIG appears to be seriously politically motivated.

The transfer of the Director of the Criminal Investigations Department (CID), Shani Abeysekara, is being seen as politically motivated.

“This is a politically motivated transfer. He was leading the investigations into a number of high profile cases of human rights abuses. Why is the acting IGP giving into such pressure? What is matter with the ‘independent’ NPC? And where’s the main opposition UNP?” asked Sumanthiran.

UNP Parliamentarian Ajith P. Perera said that the move will harm the image of the President as he just took office.

He said that the authorities must explain as to why Shani Abeysekara was transferred despite all the good work he had done.

The National Police Commission had approved the transfer on a request made by the acting Inspector General of Police (IGP).

He has been assigned as the Personal Assistant to the Southern Deputy Inspector General (DIG) of Police.

The Director of the Criminal Investigations Department came under fire after the CID arrested some military officers in connection to the high profile cases.

Abeysekara was also instrumental in clearing the name of Kurunegala Base Hospital doctor Shafi Shihabdeen.

The doctor was accused of illegal sterilisation of Sinhalese women but the CID had found that the doctor was framed and that there was no evidence to prove the allegations. (Colombo Gazette)