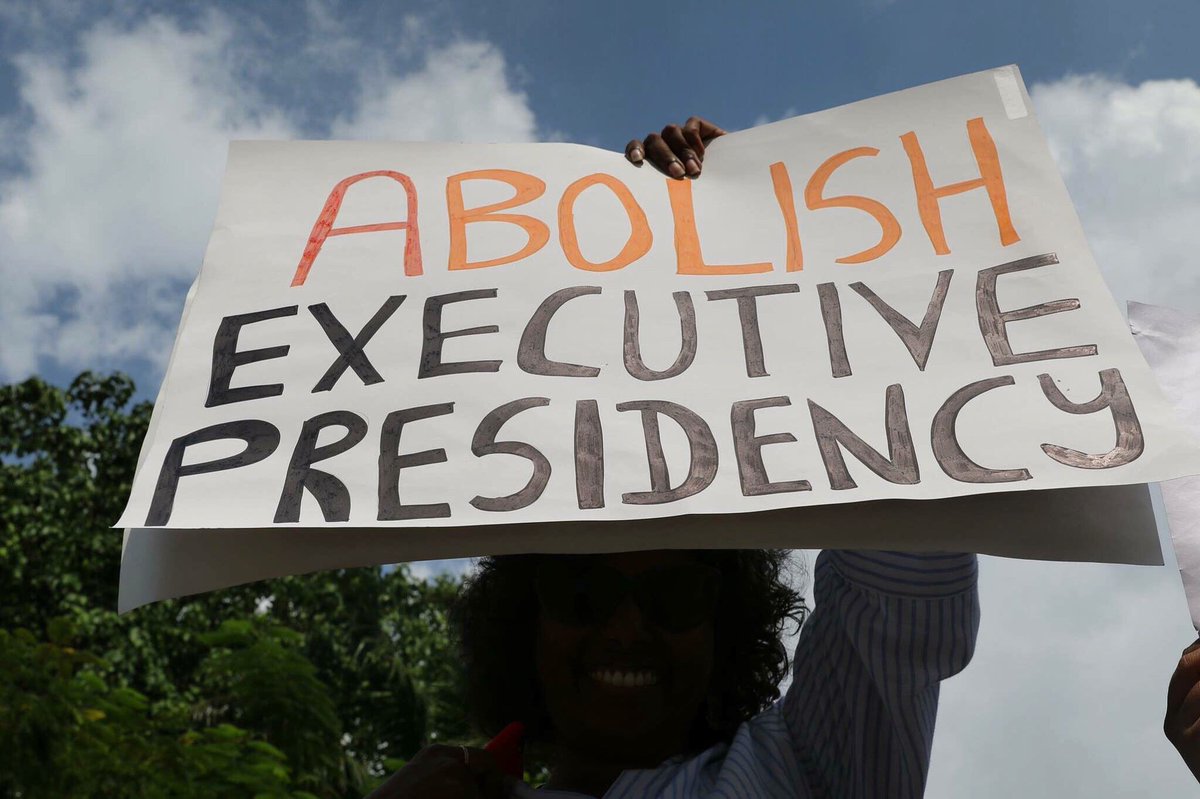 ( November 16, 2018, Colombo, Sri Lanka Guardian) We are passing the dark days of our nation by risking longstanding democratic values that are being disturbed by the Executive Power. President Maithripala Sirisena must apologize before the people and nation for creating this putrid mess to gain personal political advantages. He is hammering and burying all principles of the democratic governing system and intimidating the reputation of the sovereign nation while putting the public in danger.

It is sad to witness the absence of President Sirisena on the second consequent day during this troublesome time in the parliament session even though he himself declared that the Parliament would be reconvened on November 14, 2018.

Since it is not compulsory he may be enjoying the impunity vested upon him. But what does that say about his sense of responsibility and courage as a leader?

Some of the critiques have named this episode as the “constitutional coup”. Whatever you name it, what President Sirisena is doing is completely unacceptable in any civilised society. He doesn’t get the mandate to kidnap and take hostage the civil liberties of the nation and demanding that his wishes be taken as the command of the parliament and that due processes be set aside.

As many understand, the situation is worsening in Sri Lanka. One of the despicable events was just reported in the house shortly after the former President Mahinda Rajapaksa addressed the house. A group of men representing Rajapaksa faction attempted to assault the Speaker by rigorously abusing him verbally. The entire world kept its eyes how those “gentlemen” were acting in the house where they have membership in the name of Sri Lankan democracy.

Rajapaksa as the appointed Prime Minister of the de facto government has lost his majority in a no-confidence motion passed by the parliament with majority yesterday. But he was in the Parliament today to deliver the “special message”.

It is amusing how a person who has defected to a new party which has even not contested the election so far go into the House and address the nation as the “Prime Minister”. If they are really concerned about democracy, why aren’t they understanding the core value of democracy and group representation?

Rajapaksa has resigned from the party that gave him a shoulder to rise-up in politics and joined the Sri Lanka Podu Jana Peramuna as the founding member. Does he and those who joined the new party have the legitimacy to join the present parliamentary session until they are elected through general election? Why can’t President who is trying to teach the Speaker as well as the public in general about constitutional laws, parliament tradition and its standing orders stop this blatant violation?

Notwithstanding, there is no doubt that not only Sirisena but also Rajapaksa are deliberately ignoring to accept this crystal clear truth. It is unbelievable that as one of the most senior politicians in the country who ruled the nation in one of the most difficult times, Rajapaksa is deliberately distorting the truth with fragile and fake arguments.

In this situation, neither Sirisena nor Rajapaksa is realizing their wrongdoings. Power with impunity driving them towards absurdity while the nation is shrinking into an abyss. What would be the solution? The power of the powerless will be the last refugee to solve the crisis. In other words, it is the people with have rights to vote have the duty to guard and salvage the nation.

Let’s go for the elections, many interested parties including Sirisena, Rajapaksa and others are demanding. Yes, that’s a good idea to solve this manmade crisis, but not the way what they want. It should be the way the People, in General, are demanding. Sirisena’s gazette notification for General Election is suspended by the Supreme Court. In this situation calling for General Election is too far from reality. But, President has authority to call for Presidential Election.

We believe that is the best option to check the power of the architect behind the prevailing constitutional crisis in Sri Lanka. As per the Constitution President Sirsiena must contest the election as he is the incumbent if he is calling for early Presidential Election.

We believe people will decide whether President Sirisena is suitable to have his second term or the country need the new president through the election. As the Rajapaksa’s faction is eagerly waiting for the election, why the other political parties to enhance with them and demand for a Presidential election. Then the people in the country will decide what need to be done while the Supreme Court and other authorities find the solution to the prevailing constitutional crisis manufactured by President Maithripala Sirisena.

Let people decide the fate of the country.