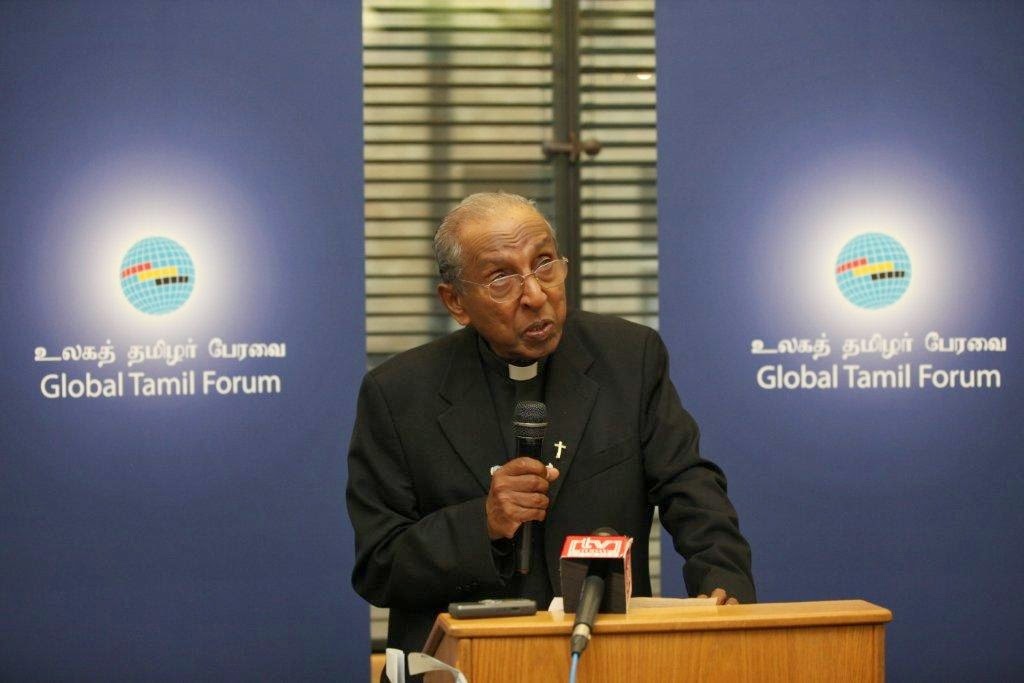 GTF criticises proscription of Tamil diaspora groups by Joan Ryan
The Government of Sri Lanka’s decision to proscribe sixteen Tamil diaspora organisations and four prominent Tamil diaspora activists, including Global Tamil Forum (GTF) and its President Rev. Dr S.J. Emmanuel, as ‘foreign terrorist entities’ and fronts for the defeated Tamil Tigers (LTTE) is shameful. This is the latest attempt by a Government hell-bent on intimidating and silencing those who demand truth, justice and accountability both for the alleged war crimes committed during Sri Lanka’s armed conflict and for the on-going perpetration of human rights abuses.
It can be no coincidence that this decision has been made a matter of days after the latest resolution on Sri Lanka was adopted by the UN Human Rights Council (UNHRC), on Thursday 27th March. This resolution raised a number of human rights concerns and will initiate an international investigation into allegations of violations of international law by both sides in the final years of the war.
The Government asserts that this action has been taken to stop attempts to revive the LTTE in the former conflict areas of the Tamil majority North and East of the island. However, no one wants to return to armed conflict and the Government cannot provide a single shred of credible evidence to support this accusation. As the Chief Minister of Sri Lanka’s Northern Province states, this claim is a “witch hunt” used for political purposes and as a cover to continue the militarisation and repression of the area.*
By labelling major Tamil diaspora groups as ‘terrorists’, the proscription will forbid Sri Lankan citizens, NGOs and political parties from having any contact with these organisations. Families and friends of representatives who work for these groups will be in even more danger and members of the Tamil diaspora heading to the island will be under closer scrutiny by the state security forces. The Government is not interested in engaging constructively with the diaspora and is not prepared to address the root cause of the armed conflict – the systematic marginalisation of the Tamil people.

This is a blatant measure to attack freedom of expression. It will further undermine the human rights situation on the island and will do yet more damage to the accountability and reconciliation processes. This cannot be tolerated by the international community, especially since the UNHRC raised these matters as serious issues of concern in its resolution last week. It underlines why the culture of impunity in Sri Lanka must be challenged and why there needs to be an independent, international investigation.