Back to Rajapaksa era: Govt bans memorialisation of war dead in the North of Sri Lanka 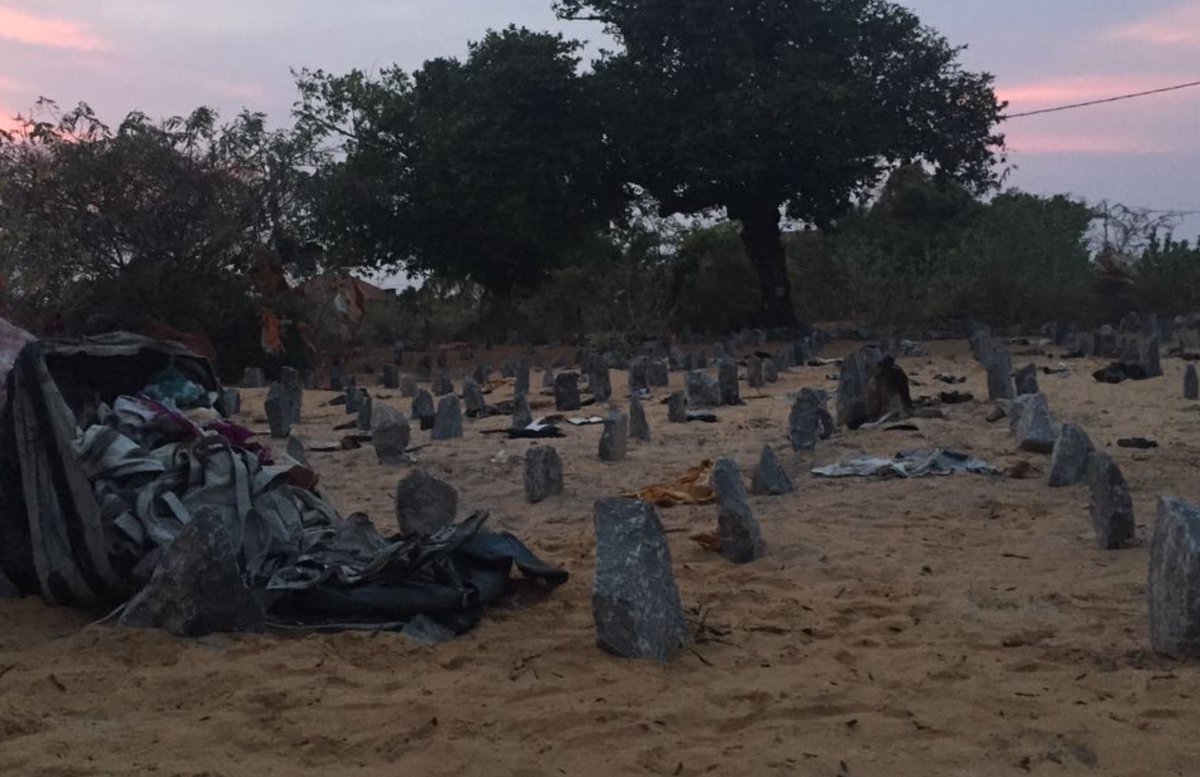 Image: Preparations were under way for the Mullivaikkal 18 May stones commemoration. credit @itjpsl

Issuing a press release Adayaalam Centre for Policy Research (ACPR) has  condemned  repression of May 18 memorialisation efforts including the banning of the event in Mullivaikkal, Mullaitivu.

Text of the statement follows:

As the Tamil community marks the eighth year since the end of the war with events to remember those who were killed this month, the Adayaalam Centre for Policy Research (ACPR) is gravely concerned about the government’s repression of memorialisation efforts by Tamils in the North-East. Over the past month, Tamil civil society activists involved in memorialisation work have been repeatedly visited and interrogated by military intelligence and police, including some who work with ACPR. On May 16, two civil society activists were summoned to the Mullaitivu police station and questioned about their work on a memorialisation project carving the names of Tamils killed in Mullivaikkal on stones. One day later, on May 17, police issued a letter from the Mullaitivu Magistrate’s Court ordering a stay of the memorialisation event Tamil civil society was planning for May 18th on the grounds that it “threated unity and national security”.

Eight years ago, this week, marked the end of the final stage of the war. A stage during which 146, 679 Tamil people went unaccounted for with conservative estimates, including from the UN, stating that over 40,000 Tamil civilians were killed. Yet, eight years on, Tamils living in the North-East of Sri Lanka are still not permitted to openly and freely commemorate those who died. Rather, the Sri Lankan state continues to espouse and promote the notion that May 18th, a day of mourning for Tamils, is a day of celebration of the military’s defeat of the Liberation Tigers of Tamil Eelam (LTTE). For eight years, the state has forced this narrative through intimidation, harassment and surveillance of any civil society activists, politicians and communities that try to hold memorial events on this day. As evident by incidents over the past month, these efforts have clearly not changed under the post-January 2015 ‘national unity government’.

This repression of May 18 commemorations of the tens of thousands of Tamils killed is a massive infringement of the Tamil community’s right to collectively mourn and is contrary to the path of good governance and reconciliation the Sri Lankan government continues to state it is on to the international community. The government’s opposition to memorialisation underscores the lack of political will they have for accountability and reconciliation efforts and once again points out the government’s double-speak.

ACPR calls on the Sri Lankan government to:

Put a stop to all harassment, intimidation, surveillance, reprisals and interference by security forces (military, police and military intelligence) in relation to memorialisation efforts by Tamil civil society and communities; and
Adopt a position on memorialisation that explicitly acknowledges the right of Tamil and Muslim communities in Sri Lanka to mourn loved ones who were killed during the war.