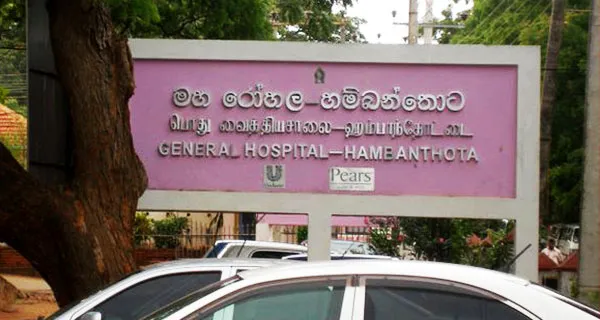 The Sunday Times collaborated with ABC on the Sri Lankan segment of the programme. Journalist Linton Besser explores how Aspen Medical was given these contracts despite having no experience in large-scale procurement.

Four Corners also reports that Aspen Medical is embroiled in a money-laundering probe in Sri Lanka following its involvement in the multimillion-dollar Hambantota District Hospital project. It looks at how the company obtained formal Australian government support through an AUD 18.8 million insurance guarantee for the 2012 project.

The then Export Finance and Insurance Corporation (EFIC) said in a report to the Australian Parliament that it had made the commitment as the company had been hired to “supply equipment and associated medical design and infrastructure for the hospital”.

Based on court documents, the Sunday Times first reported in February 2020 that Sabre Vision–which was the same account that received the notorious Airbus bribes–had got cash injections from a German company named Juga Bau GmbH as well as the Australian and New Zealand bank accounts of Aspen Medical Pty and Rabo Bank Accounts of Enraf-Nonius BV or EN-Projects.

When police questioned the source of the unexplained funds in his Singapore account, Mr Perera, according to court documents, told them an Italian businessman had deposited them but could not provide an address or phone number.

When Mr Perera was interviewed by Four Corners at his Colombo residence earlier this year, he refused to answer detailed questions related to the funds.  He also confirmed he had never worked in the health sector and said he had nothing to do with Aspen Medical. He had worked as an agent for EN-Projects, he said.

Aspen said in a statement to ABC that its subcontract with EN-Projects, the Dutch company that got the construction deal from Sri Lanka’s Health Ministry, “covered the provision of a range of hospital engineering services” and that it had “engaged over 20 suppliers”.

Aspen Medical said it had not received “any requests from any government agency or court of law anywhere in the world” regarding the hospital project but would support any such inquiries. It added that the Airbus scandal only became public in 2019, years after its payments to Sabre Vision Holdings.

It said: “We have a strong set of values that would preclude us working with organisations involved in corrupt practices.”