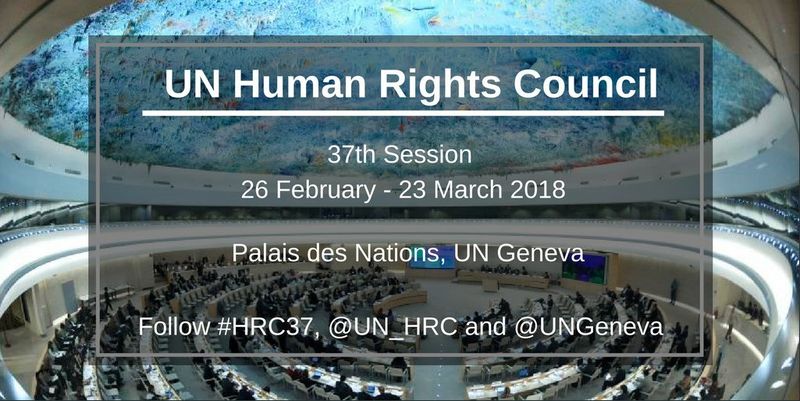 “In Geneva, Sri Lanka will unveil a host of measures taken over the past year to reckon with a violent past in line with its UN Human Rights Council commitments, including the operationalisation of the Office off Missing Persons, the enactment of the Enforced Disappearances Act, ongoing discussions on the draft counter-terrorism legislation to replace the Prevention of Terrorism Act and a bill to set up the Reparations Office recently approved by Cabinet.” says the offcial web site of the Sri Lanka government, News.lk.

It futher says that  ” a high-level Sri Lankan delegation heads to Geneva tomorrow, where it will attempt to show progress on its human rights commitments, amid mounting calls for more political will to implement reconciliation and accountability measures set out in UNHRC Resolution 30/1 that the country co-sponsored in September 2015.

In a report on progress made by Sri Lanka on the implementation of HRC Resolution 30/1, by the outgoing UN Human Rights Commissioner Prince Zeid Al Hussein which was stabled at this month’s session, urged the Government to accompany its collaborative approach with the UN, with implementation of key commitments the country had made in Geneva.

Zeid also noted in his report, which will be debated at the Council this week, that the year 2017 had been marked by intermittent ethnic tensions in the island.“While the Government has managed to steer many of these worrying events in a positive direction, this type of violence in a country that has experienced cycles of extreme violence roughly every 10 years is deeply troubling, particularly when accompanied by hate speech, misinformation and agitation through social media and political manipulation,” the High Commissioner’s report stated. is also likely that the recent communal unrest in Kandy will be addressed by activist groups and country delegations during the session attended by the high-level Lankan delegation.

Since the opening of the 37th UN HRC sessions on February 26, the TNA and international rights organizations have been calling for action by the Human Rights High Commissioner on Sri Lanka, citing lack of progress by the Government to operationalise the instruments of reconciliation, proposed under the 30/1 resolution. The TNA is also reportedly engaged in a vigorous campaign in Geneva, canvassing member states, to pressurize Sri Lanka to fully implement the outstanding commitments made under 30/1 within a year.

Meanwhile, Sri Lanka’s Universal Periodic Review (UPR) Report under the third cycle of the UPR will be adopted at the 37th Session of the Council on Monday, the Foreign Affairs Ministry in a media release said.SL has supported 117 recommendations at the UPR and has examined and noted 53 recommendations while there are 12 voluntary pledges which included acceding to the Optional Protocol to the Convention against Torture and Other Cruel, Inhuman or Degrading Treatment or Punishment.”

Image courtesy of the Eurochild.