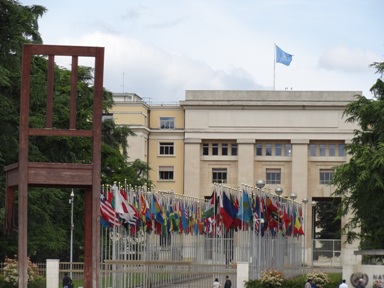 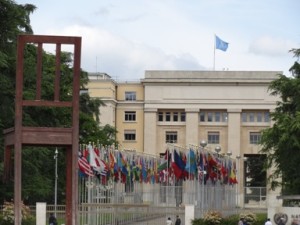 Four years have passed since the end of the armed conflict in Sri Lanka. Sri Lankan authorities continue to deny mounting evidence of crimes under international law committed by its forces during Sri Lanka’s protracted armed conflict. They also attempt to stop their own citizens from communicating with the UN and other international bodies about serious violations they have witnessed.

Amnesty International has documented dozens of attempts by Sri Lankan authorities to silence critical voices, particularly those calling for human rights accountability. State repression has been directed at prominent politicians and journalists, activists, lawyers, influential businessmen and academics. Many other victims are unknown outside their own local communities: they are university students, humanitarian workers, parents protesting the enforced disappearance of their children. Critics of the Sri Lankan government have been the victims of smear campaigns in the state-owned press, anonymous threats and acts of intimidation by police and unidentified assailants; they have been assaulted, jailed, forcibly disappeared and killed. None of the incidents known to Amnesty International have been effectively investigated or prosecuted.

During Sri Lanka’s Universal Periodic Reviews in 2008 and 2012, in reporting to the UN Committee against Torture and the UN Working Group on Enforced or Involuntary Disappearances, and in addressing the Human Rights Council (HRC), the Sri Lankan government has claimed to be protecting human rights. Its claims ring hollow. Serious human rights violations continue. Impunity persists. Sri Lankan authorities have responded to international and domestic calls for greater human rights accountability by establishing commissions to examine allegations of abuse, but have then largely ignored their recommendations. They have put forth action plans that promised to reform laws and procedures that do not meet international standards, but have then failed to make the necessary changes. They promise to ensure that people arbitrarily detained are guaranteed a fair trial or released, but continue to detain hundreds without trial. Torture remains endemic.

The Sri Lankan government says it respects the rights to freedom of expression, assembly and association, even while its security forces and supporters repress critics with impunity. It claims to seek reconciliation between communities, but tolerates increasing attacks on minorities while arresting persons who protest against such attacks.

The Government of Sri Lanka continues to employ the Prevention of Terrorism Act (PTA) to detain critics. On 2 May 2013, Azad Sally, a prominent Muslim politician and the former Deputy Mayor of Colombo was arrested under the PTA after he spoke out against attacks on Muslim and Christian religious institutions and agitation against minority religious practices. Azad Sally was not charged with an offence; instead he was arbitrarily detained, reportedly under the PTA on suspicion of causing or intending to cause “…acts of violence or religious, racial or communal disharmony or feelings of ill-will or hostility between different communities or racial or religious groups…” The PTA restricts freedom of expression and association, permits extended administrative detention, and reverses the burden of proof where torture or other ill-treatment of detainees is alleged. The PTA should be abolished.

The Sri Lankan government has rejected concerns expressed in the HRC that a climate of impunity prevails in the country. Yet in almost all cases it has failed to ensure justice for victims of human rights violations and crimes under international law. Many alleged violations, including enforced disappearances and extrajudicial executions, occurred in the final months of the armed conflict that ended in May 2009 and some since then, but there are also many older cases that also remain unresolved. Two emblematic ones are the execution-style killings of the five students in Trincomalee in January 2006 and the 17 Action contre la Faim (ACF) aid workers in August of the same year. In both cases, eyewitness testimony implicated members of the Sri Lankan security forces, but witnesses were threatened, investigations faltered, reports of presidential inquiries were suppressed, and no one was brought to trial. Repeated official promises to revive investigations have produced no prosecutions, let alone convictions.

Whether there is effective investigation by Sri Lankan authorities of these cases and initiation of legal proceedings against those responsible — including prosecution of anyone with command responsibility, who knew or should have known about them and did not take measures to prevent or punish them — serves as an indicator of the Sri Lankan government’s broader willingness and ability to seek and ensure accountability for human rights violations.

The HRC has a vital role to play in pressing Sri Lanka to meet its international obligations. Amnesty International and many other NGOs, as well as the UN Secretary-General’s Panel of Experts on Accountability in Sri Lanka, have made repeated calls on the UN to establish an independent international investigation into alleged serious human rights violations and abuses and crimes under international law by government forces and allied armed groups and the Liberation Tigers of Tamil Eelam (LTTE)..

Strengthening UN measures to prevent intimidation or reprisals by or tolerated by the Sri Lankan government against individuals who seek to cooperate or have cooperated with the UN, its representatives and mechanisms in the field of human rights;

Ongoing international monitoring of the human rights situation in Sri Lanka, including of the effectiveness of any domestic accountability processes;

Taking stronger action, including at the UN Human Rights Council’s 24th Session, if by 1 September 2013 the Government of Sri Lanka has still not taken substantial real measures for accountability and ended systematic attacks on freedom of expression, association and assembly.

Amnesty International urges the Government of Sri Lanka to:

Publicly acknowledge that human rights violations have been committed against individuals exercising their right to freedom of expression, and demonstrate unequivocally that such attacks and threats, harassment, and intimidation will not be tolerated, regardless of the opinions such individuals hold and express, and regardless of the rank or political affiliation of the suspected perpetrator;

Ensure that all suspected perpetrators of crimes under international law are prosecuted in proceedings which comply with international standards for fair trial.

Ensure that all attacks on individuals, irrespective of the identity of perpetrators or victims, are promptly, independently, impartially and effectively investigated. Those suspected of committing or complicity in attacks must be prosecuted in proceedings that meet international fair trial standards;

Make public the report of the 2006 Commission of Inquiry on 16 “serious violations of human rights,” that includes the findings of investigations into the killing of five students in Trincomalee and the 17 ACF aid workers, and, as recommended by the UN High Commissioner for Human Rights in February 2013, “accept international assistance to resolve outstanding cases” (A/HRC/22/38);

Implement the recommendations of the UN Committee against Torture to Sri Lanka in December 2011 to “ensure that all persons, including those monitoring human rights and combating torture and impunity are protected from intimidation or violence as a result of their activities; and take prompt and effective measures, including investigation and prosecution, to address concerns regarding the extremely hostile environment for human rights defenders, lawyers, journalists and other civil society actors in Sri Lanka”;

Repeal the PTA and repeal, reform, or end the abuse of, other legislation used to violate the right to freedom of expression, freedom of peaceful assembly, and freedom of association;

Cooperate fully with the UN special procedures mandate holders including by responding positively to outstanding their requests for invitations to visit Sri Lanka and by providing them with unfettered access.