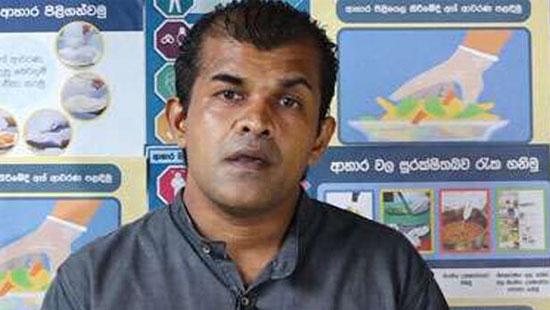 Asela Sampath, National Organiser of All Ceylon Restaurant Owners Association and the Convener of the Movement for the Protection of Public Rights, who was arrested and remanded on April 13 has been beaten by the prison guards, complains Committee for Protecting of Rights of Prisoners.

Asela Sampath states that he was beaten with a wooden pole by a prison officer named Jagath and that two others had joined the attack; he says that he could identify them.

In a letter,  to the Inspector General oF Police CPRP has requested a proper inquiry of the assault. The letter is given below.

He was given bail and released on two sureties of Rs. 500,000 by Fort Magistrate on 19th April.

He was arrested on a warrant in connection with a case alleging him to have threatened Consumer Affairs Authority officials at Vauxhall Street, Colombo two years ago. Attorney at Law Senaka Perera who appeared for Sampath says that arrest was made on a case that has not been investigated fully.

Political Trade Minister Bandula Gunawardane complained to the CID against Asela Sampath for allegedly making false allegations against the relief package provided by him through Sathosa a few days before his arrest. 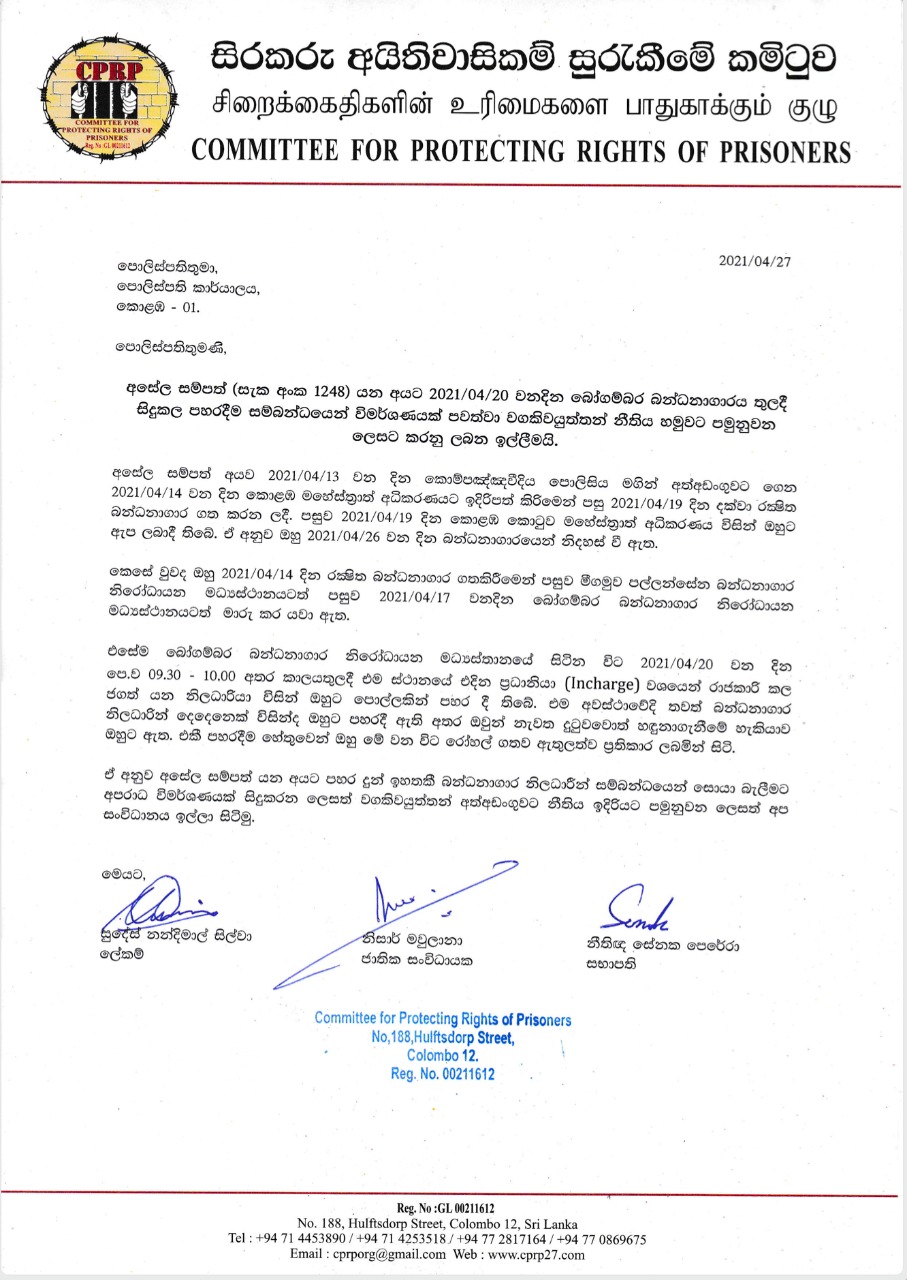 It is widely believed that he was arrested to warn rights activists of arrested and imprisonment.