Ban’s UN As “Reconciliation” Ground Cover? SL has not asked for help 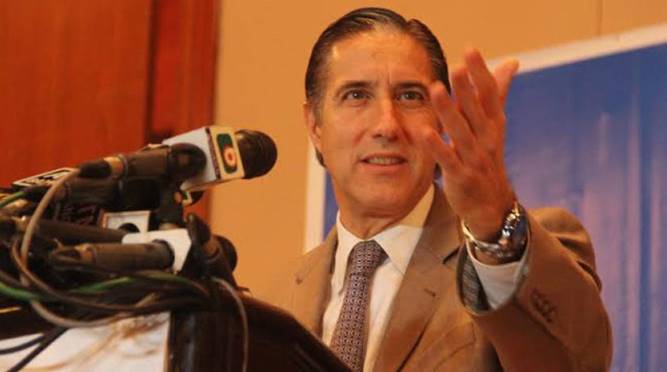 While the UN Human Rights Council panel says it will be investigating Sri Lanka war crimes, the government of Mahinda Rajapaksa has said it will no allow those investigators in.

Now Inner City Press hears that UN Secretary General Ban Ki-moon’s own Department of Political Affairs may be providing ground-cover to Rajapaksa, by assigning a DPA staffer to help Rajapaksa’s own “reconciliation bureau” which is presented as an alternative to the voted-on outside investigation.

Inner City Press on September 16 directly asked Sri Lanka’s Ambassador to the UN Palitha Kohona if UN DPA will be working with the government. He smiled and said, “watch this space.”

When the UN’s Oscar Fernandez Taranco, who just left DPA for UN Peacebuilding, was in Colombo this summer, he was asked to support this reconciliation bureau.

The bureau is to be headed by S.B. Divaratne, until recently secretary to the Presidential Task Force for Resettlement, Development and Security – Northern Province. Before that, he was known for restricting food and aid to Tamils during the final stages in 2009. This is the reconciliation Ban’s UN would work with?

The UN’s Department of Political Affairs is headed by Jeffrey Feltman, formerly an official of the US government, which this week praised the UN taking over the peacekeeping mission in Central African Republic. That mission, as Inner City Press reported, includes helicopters from the Sri Lankan Army, despite the UN’s investigation.

Looking further into this on September 16, Inner City Press found at UN reception not only Kohona, but also the UN Correspondents Association president screened in the UN for UNCA “Lies Agreed To,” after having accepted money from Kohona as rent: Giampaolo Pioli. This is the UN.

Back on August 27 Inner City Press asked UN spokesman Stephane Dujarric about the UN HRC inquiry into Sri Lanka and what precedents or procedures the UN has for protecting witnesses, those giving information to this inquiry? Video here.

Dujarric said he would look into precedents – but none have been provided since. Already, when Inner City Press and others raised concerns that the email submission procedures for the inquiry does not involve encryption, nothing has been done. It still should be.

United Nations, Sep 19 (IANS) Sri Lanka has not asked the UN for help for the Special Bureau of Reconciliation it is setting up to deal with the legacy of the civil war that ravaged the island nation, a UN spokesman said Thursday.

The spokesman said in answer to a reporter’s question that while the UN’s Department of Political Affairs provides technical expertise requested by member states, it “has not received any request from Sri Lanka to provide assistance to their reconciliation bureau”.

Sri Lanka has opposed a probe into “alleged serious violations and abuses of human rights and related crimes by both parties in Sri Lanka” that was mandated by the UN Human Rights Council in March.

Instead, Sri Lanka said it was creating a Special Bureau for Reconciliation.IN News