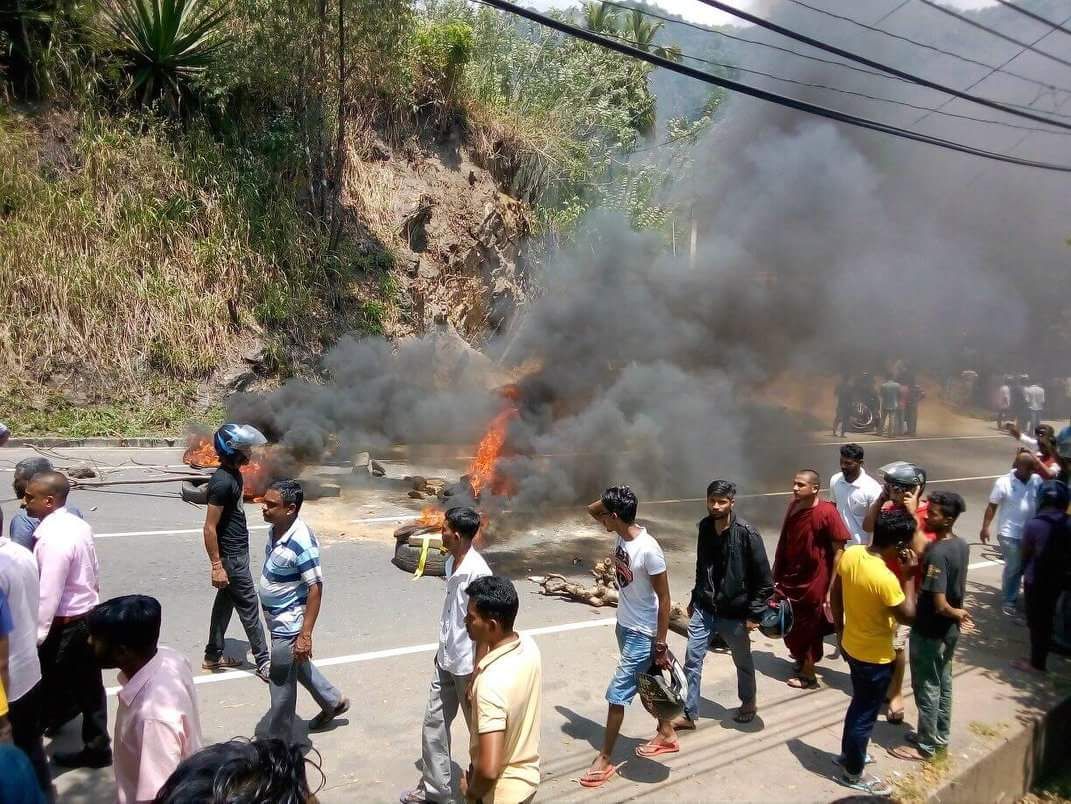 Inciting violence, hatred and threats against other citizens because of their diverse backgrounds is harmful for sustained peace and reconciliation in Sri Lanka. Ridiculing their religious beliefs and destroying their properties is terrifying for the targeted groups and distressing for the law abiding community members. A free nation shows its maturity by allowing minorities to enjoy the same rights and privileges the rest of the community is entitled to.

In June 1980, Sri Lanka acceded to the International Covenant on Civil and Political Rights (ICCPR), and it came into force in September 1980. Article 17 of the ICCPR provides that “No person shall be subjected to arbitrary or unlawful interference with his privacy, family, home or correspondence, nor to unlawful attacks on his honour and reputation”, and “Everyone has the right to the protection of the law against such interference or attacks”.

Article 20(2) states that “any advocacy of national, racial or religious hatred that constitutes incitement to discrimination, hostility or violence shall be prohibited by law”.

However, in practice, legislative measures have done little to address or deter the reasons for such unacceptable forms of behaviour. The international experience indicates that racial hatred legislation is not the answer to curb these situations. The use of community education in schools and local communities and mass public education campaigns better serve such purpose.

Since 2013, the violence against Muslims in Sri Lanka has become more frequent. The latest round of attacks has taken place in Ampara last week. An unsubstantiated rumour that tablets that could cause infertility had been either mixed or found mixed in a meal served by a wayside restaurant owned by a Muslim to a Sinhala customer has been the cause for these senseless attacks. This rumour has been debunked by many medical specialists including gynaecologists. However, the fact that it had gained traction shows that extremist and nationalist rhetoric have influenced the thinking of the ordinary people. The
repercussions of this incident have become internationalised with the Organisation of Islamic Cooperation expressing its deep concern about the developing situation.

women barren. By handing out leaflets and sending inflammatory and spurious SMS messages and videos with inflammatory and spurious SMS messages and videos, the fundamentalists frequently whip up anti-Muslim sentiment throughout the island. After a mosque and several shops owned by Muslims had been attacked, the situation has now been brought under control with the intervention of the security forces and certain civil society and religious entities. Attempts are also being made to establish an inter-faith peace committee to subdue tensions and maintain peace and unity of the communities.

The security forces had taken measures to safeguard all vulnerable religious places of worship in the Ampara Town. The food in question that led to this issue had been referred to the government analyst for further investigation.

The question that must be asked is how could a mob initiate these violent incidents at a location not so far away from several camps of the Police, army, air force and the STF, and also attack some mosques situated further away from the location? Several arrests have been made allegedly in the midst of objections some Buddhist monks in the area had raised. Apparently, the person who claimed to have found the ‘pill’ in his meal has given a wrong address to the police and disappeared. Nevertheless, the Government has taken measures to launch a special investigation into the alleged initial inaction of the Police and them submitting an incomplete ‘B’ report. In addition, the government is to provide compensation for the damages caused to private property during this incident.

This incident carries the hallmarks of a well-planned covert attempt to disturb the peace, particularly in the wake of a grenade explosion a few days ago in a bus in Bandarawela, which was deliberately misinterpreted as being the work of the Liberation Tigers of Tamil Elam (LTTE). The situation could have turned out much worse. The political affiliations of those who initiated this erroneous claim must be carefully looked into.

In this light, the future of the country depends on advancing national reconciliation by upholding the dignity of all ethnic groups and promoting inter-racial and inter-religious tolerance, as well as allaying the unfounded fears of the Sinhala people. The government actions to address the fear psychosis created by the recent incidents is awfully inadequate.

The silence of the political leadership, particularly the President and the Prime Minister, is stunning and incomprehensible. Publicly declared commitment and proactive intervention of the political leadership are essential for managing such inflammable situations. It could be said that people who have become increasingly alienated and angry due to their desperate situations have become tools of the far right racists. While there is no quick fix, a better solution would be to improve the socio-economic conditions that will help curtail such behaviours. A truly mature pluralistic society can be gauged by its capacity to meet intolerant opinions, attitudes and vile invective with tolerance, so long as they do not breach criminal laws of conduct. The best way to counter their scurrilous claims is by
engaging in informed public dialogue and debate.

The Sri Lankan Government needs to proactively conduct an urgent inquiry to protect peace, establish the rule of law, take all those involved in violence into custody and bring the perpetrators to justice. The Organisation of Islamic Cooperation has also called upon the government to expeditiously investigate this incident. Unless the civil society and the government work together to bring the issues being rumoured into public debate, the nonmajoritarian communities will continue to be harassed and subjected to further violence.

And the ordinary people should be skeptical of the rumours and false propaganda publicised through social media to mislead and divide communities with devastating consequential violence.