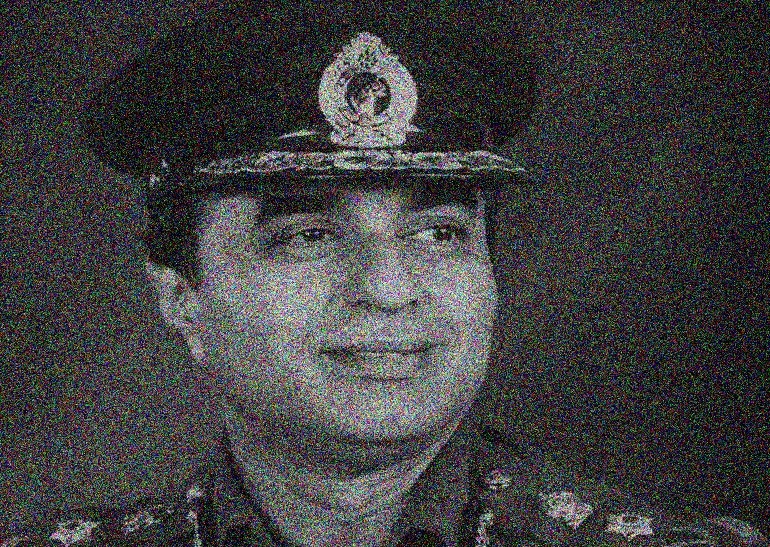 (AHRC). The Asian Human Rights Commission has received information about Mr. Magoda Pathirage Hemavipul (42). He was extra-judicially killed on 19 September 2017, by Officers attached to the Pitigala Police Station. The victim was arrested on 18 September and detained in a cell overnight. He was arrested following a complaint regarding a family dispute. In the early hours of the next day his dead body was found lying in the cell. The Officer-in-Charge (OIC) of the station was immediately transferred through the intervention of the Inspector General of Police (IGP). However, no open, prompt, efficient and full investigation has been carried out into the killing of the deceased. This is a denial of justice for the victim and his family. It illustrates the total collapse of the Rule of Law in the country. State Policy of combating crime by killing suspects has allowed Police Officers to kill with impunity.

According to the information received by the Asian Human Rights Commission (AHRC), Mr. Magoda Pathirage Hemavipul (42) is a resident of Marakgoda, Mattaka, Pitigala in Galle District. He was married and a resident in the area.

On 18 September 2017, Hemavipul was arrested by Police Officers attached to the Pitigala Police Station. He was brought to the Station and detained in a cell. He was informed that he was wanted by the Police for their investigation following a complaint made by his wife of verbal and physical abuse. Reporting family disputes to the Police is common practice in the country. However, detaining Hemavipul in a cell for a family dispute complaint was arbitrary action by the Police.

In the early hours of 19 September, the dead body of Hemavipul was found inside his cell. Later it was brought and handed over to the Elpitiya Base Hospital.

Police Officers on duty throughout that night did not explain how or the reason for the death. The Inspector General of Police called for an immediate investigation into the case and the Officer-in-Charge (OIC) of the Pitigala Police Station was suspended. A media statement issued by Police Headquarters said that they are taking the position that Hemavipul committed suicide. But neither Police Headquarters nor the Pitigala Police Station explained the manner in which Hemavipul committed suicide. Both Authorities failed to produce anything that had been used by the deceased to supposedly kill himself.

Relatives of the victim believe that Hemavipul was extra-judicially killed by Police Officers of the Pitigala Police Station. Relatives believe that the victim was severely tortured which resulted in his death. THEY ARE DEMANDING THAT JUSTICE BE DONE.

Further, they accused the Police of not independently investigating the murder committed by their own Police personnel. After the deceased was arrested he was detained inside the Police Station. Only Police Officers had access to the detention cell. Throughout the night of the 18th and the early hours of the 19th September, no visitor was allowed in the cell area. The OIC, as the Commanding Officer of the Police Station, is solely and over ally responsible for the lives of the detainees. It is the responsibility of the Policemen on duty to regularly check the detainees in their cells and be on the lookout for any signs of possible suicide. Their Duty of Care is protect the lives of the detainees in their area. All detained persons are considered innocent until proven guilty by a competent Court.

Relatives demand that the extra-judicial killing of their family member should be investigated promptly, efficiently, and without delay. In this instance, the State has not shown any interest in investigating the killing and bringing the responsible Police Officers before the Courts. For many years there has been a lack of command responsibility in the Sri Lankan Police Institution. The supervisory Officers should be held primarily responsible for the killings perpetrated by Officers under their command.