An open appeal to the Sri Lanka Government: Do Not Associate with Military Junta of Myanmar 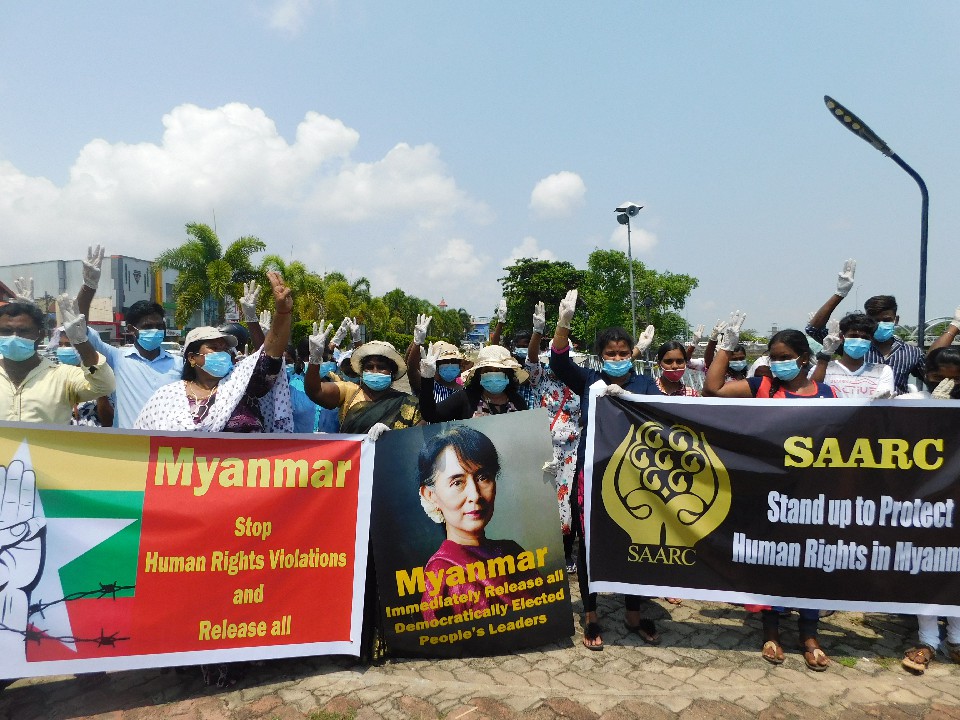 We the human rights defenders, civil society organizations, women’s rights activists, war-affected social groups and the general public of the Northern and Eastern provinces of Sri-Lanka call upon the Sri Lankan government to stop all sorts of associations and transactions with the military junta regime of Myanmar.

Myanmar’s regime has become one of the most unpopular human rights violators in Asia and in the world. On 1 st of February 2021, Senior General Min Aung Hlaing and his military captured the democratically elected National League of Democracy party lead (NLD) regime1 of Myanmar by a military coup and house arrested the people’s leaders Ms. Aung San Suu Kyi, the President of the country Mr. Win Myint and several other leaders2 .

Yangoon, the capital city of the country was blackout and net connections of the country were shut down.3 People came to the streets and protested to release their political leaders and voiced for people’s democratic rights. Myanmar military – which has been criticized for genocide against Rohingya Muslims4 – is using lethal attacks on peaceful protestors. More than 120 people were killed to date and several injured.5 Young women were among the killed and injured and more than half of those killed were below 25years 6.

More than 2000 people were arbitrarily arrested and have been illegally detained.7 Women are among the detainees. Detainees are not allowed to meet the families or access to lawyers and several families still do not know the whereabouts of their arrested children 8.

Military commits torture and brutalities against protestors and detainees.9

o The UN special rapporteur for Myanmar Thomas Andrews stated at the Human
Right Council that “the country of Myanmar is being controlled by a murderous,
the illegal regime” and suggested that the crimes against humanity being committed
and called for sanctions 11.

o UN Security Council issued a Presidential Statement expressed its deep concerns
about Myanmar’s deteriorating situation and strongly condemn the violence
against peaceful protestors and called to return to democracy.12

o The Quad Nations, United States, India, Australia and Japan jointly declared that
they would work together to restore democracy in Myanmar in a statement which
was released by the White House. 13

o The US announced sanctions on ten leaders of Myanmar military coup including three
companies that had close ties with the military.14 UK imposed sanctions on three
generals.15

o Russia stated that it was concerned about the civilian causalities in Myanmar and
considering to suspend the military-technical assistance to the country. 16

o South Korea’s Parliament has passed a resolution denouncing the military coup in
Myanmar and called to restore democracy and to immediately release the
detained political leaders. 17

The United Nations and the world’s democratic countries are voicing against the atrocities of Myanmar military junta leadership and calling to return to civilian rule. We civil society
organizations and people of Sri-Lanka insist Sri-Lankan government to ally with the UN and
world’s democratic countries to protect democracy and human rights in Myanmar and not to associate with Myanmar’s murderous illegal military regime;

• We call upon the United Nations and the international community to pressure the
Myanmar military rulers to stepdown from the power and hand over the power
to the democratically elected people’s representatives, ensure the political and
fundamental rights of ethnic and religious minorities and also to take all necessary
measures to safeguard human rights and democracy in Myanmar. 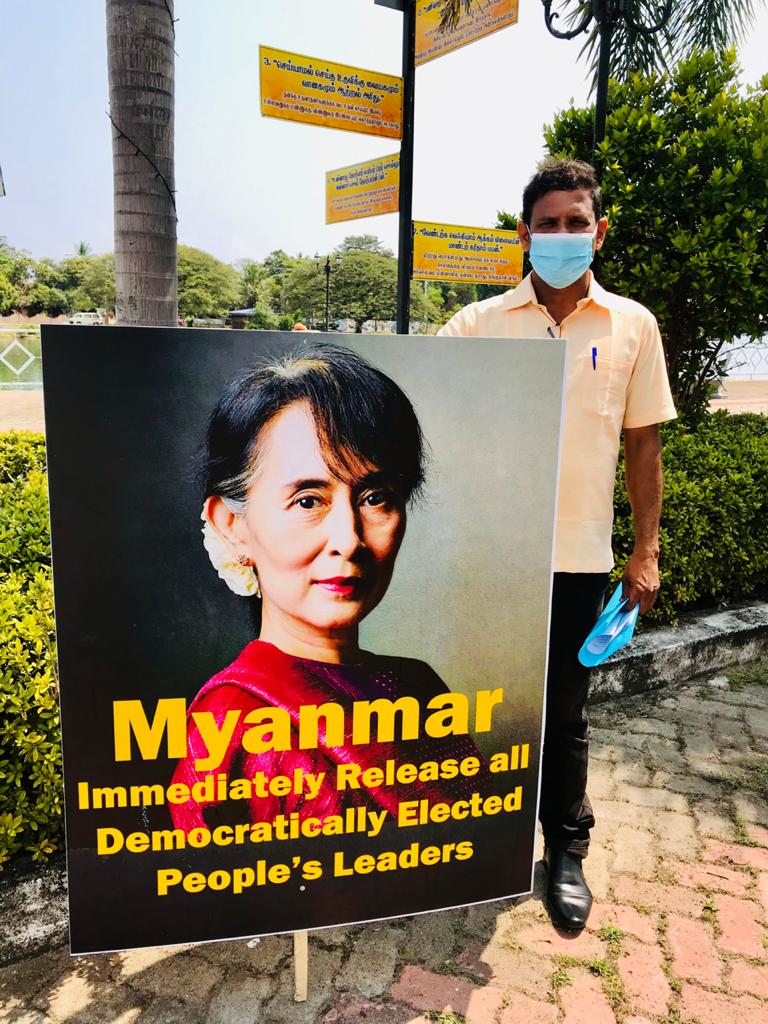 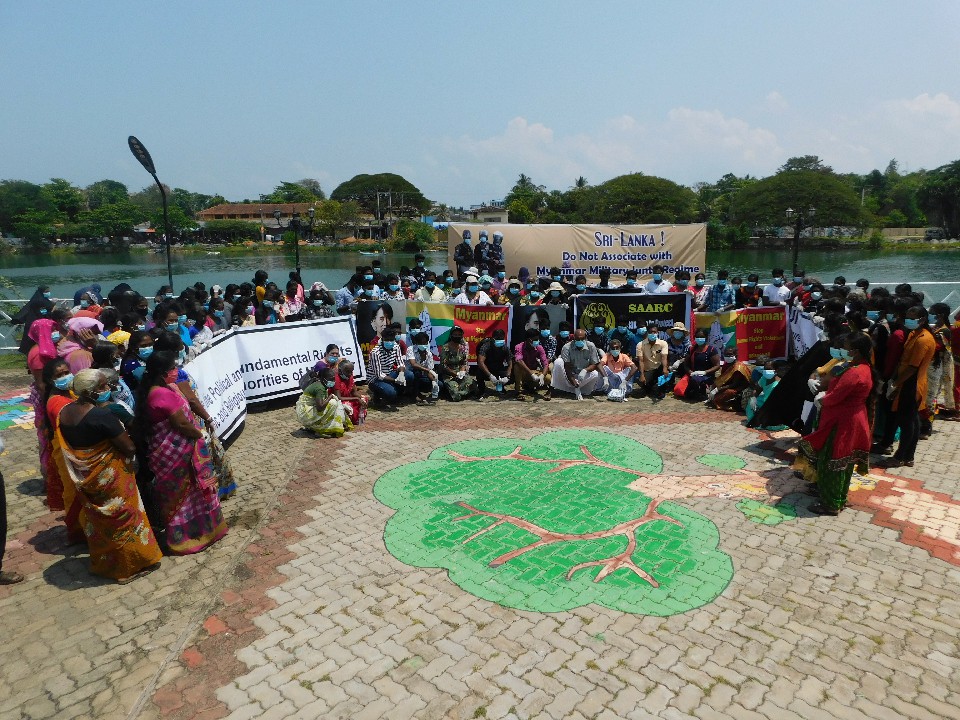