Amendments to OMP Bill From JVP While Mahinda Faction Obstructs 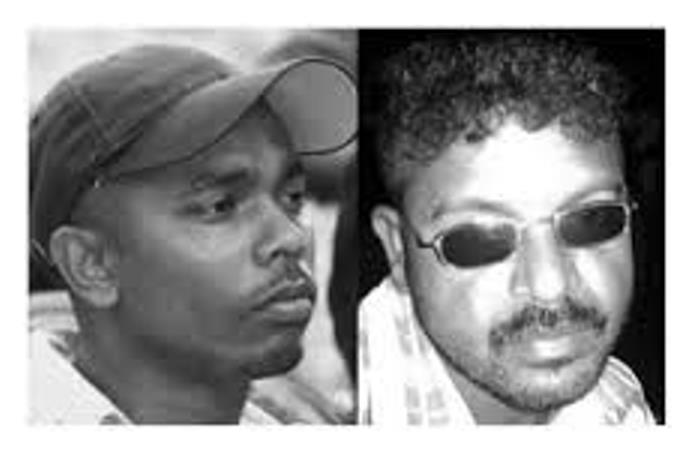 (Lalith Kumar and Kugan Murugananthan, who had been activists of the JVP, too were disappeared)

When the debate on the Office of Missing Persons (OMP) Bill was held in Parliament today (11th) Parliamentarians of Mahinda faction of the SLFP opposed taking a vote for the Bill while Members of the JVP presented several amendments to the Bill.

The JVP Parliamentarian Bimal Rathnayaka participating in the debate said disappearances have taken place from 1987 until recently as 2014 and during the war more than 5000 security forces personnel have disappeared between 2006 and 2009.

Mr. Rathnayaka said the death of JVP founder and Leader Rohana Wijeweera and the deaths of other leaders of the JVP such as Upatissa Gamanayaka, Shantha Bandara and many others are definitely disappearances and pointed out that Rohana Wijeweera’s children couldn’t see their father’s body nor could the members of his party see the body of their beloved leader.

The rulers, who came to power unearthing skeletal remains at Sooriyakanda, later made the murderers of Sooriyakanda their party organizers, appointed as a governor and at a certain period those murderers were made body guards of these politicians said Mr. Rathnayaka.

The JVP would never expect that bringing such Bills would justify those who were disappeared in 71, 89 or during the war but the move could have an effect to prevent such disappearances in the future said Mr. Rathnayaka.

The parents in the North as well as parents in the South have a right to know what happened to their children and it is the responsibility of the government to consolidate this right said Mr. Bimal Rathnayaka.
Lanka Truth