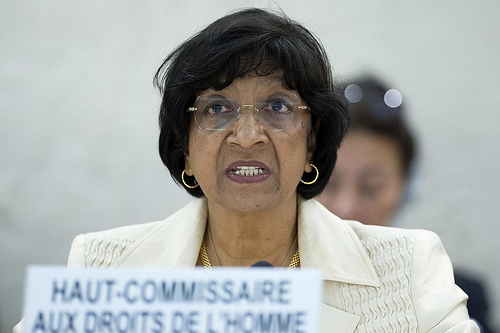 The UPFA this week took a decision that reflects a marked shift in foreign policy. Ministers at their weekly Cabinet meeting on Thursday unanimously approved a recommendation by President Rajapaksa to incorporate a string of recommendations made by the Lessons Learnt and Reconciliation Commission (LLRC) into the National Plan of Action. These related to some issues that have been raised by the international community and even mirrored in the second US-backed resolution adopted by the UN Human Rights Council in Geneva in March this year. The fact that such LLRC recommendations have been incorporated ahead of the August visit by UN Human Rights High Commissioner Navanethem Pillay is significant.
Of equal importance is the September session of the UNHRC where the Sri Lankan situation is to be debated. Pillay is to submit a report to this event after her visit to Sri Lanka.

President Rajapaksa has observed in a memorandum to his ministers that “of the recommendations made in the Report of the LLRC under five thematic areas, 91 recommendations which were deemed as most significant with potential to be promptly implemented were included in the National Plan of Action for implementation by 22 key government agencies.” Now, 53 additional recommendations will be added to the National Action Plan. Here are some of the significant highlights:

CONCERNS RELATING TO MUSLIM COMMUNITY IN THE NORTH AND EAST:

From the Political column of the Sunday Times