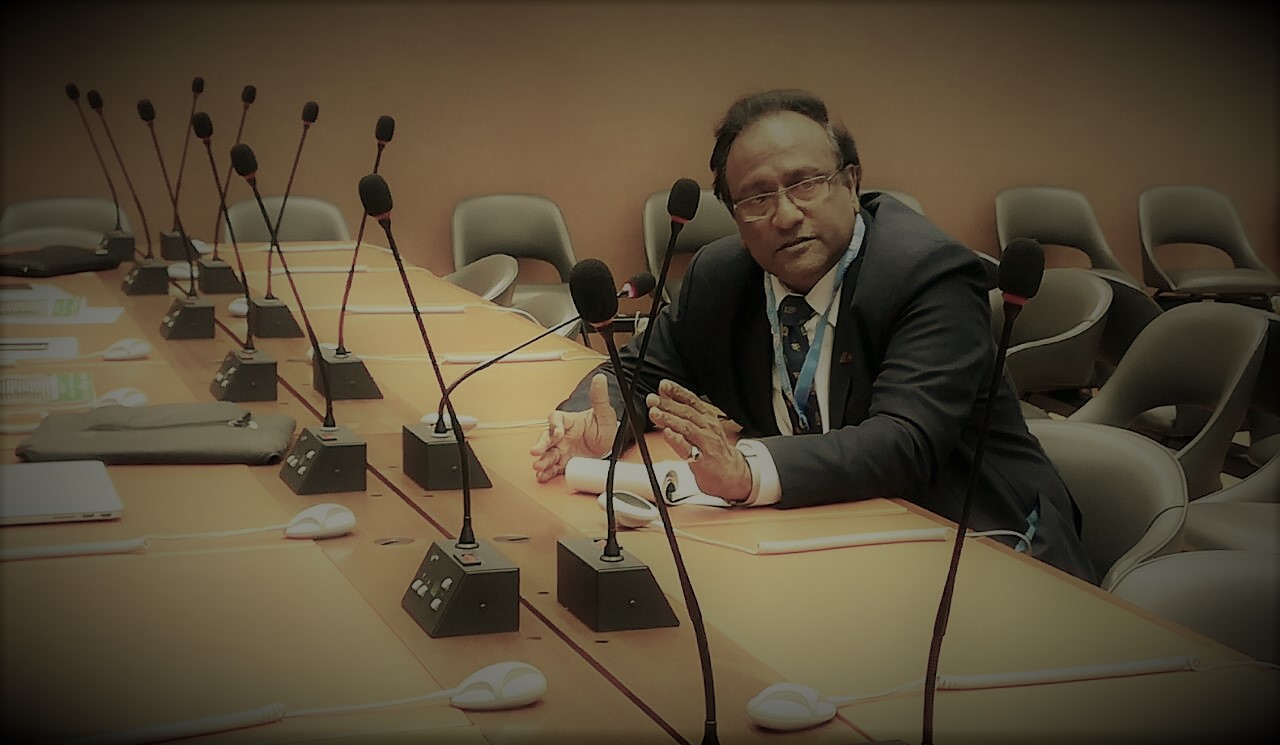 Prageeth was working as a journalists in lanka-e-news when he was abducted, he had written many articls and drawn many cartoons.

Police investigaters have unerthed  clear evdence that Prageeth was abducted and taken to military camp in the East.

Prageeth’s wife Sanday Eknaligoda too attended the 34th session of HRC. She arrived in Geneva on 06th March and left for Sri Lanka directly from Geneva Air Port on 10th March. She stayed in Geneva all from 06th to 10th March 2017.

“Prageeth is not a journalist and he has written only one article.”

” I saw his wife Sandya in Geneva. From Geneva she left for Paris.”

“She went to Paris to see her husband. That is the truth.”

“Many people have seen him [ Prageeth Eknaligoda] there [ in Paris]. It’s okay if she has gone to see him.”

Here is the relavent section of the interview published in Ceylon Today on o9th April 2017.

What about the murder of ‘Sunday Leader’ editor Lasantha Wickrematunga, cartoonist Prageeth Ekneligoda and the ruggerite Wasim Thajudeen? Why didn’t the former government probe such murders and disappearances?

A: Those are not war crimes.

But these cases are also alleged to have links to the security forces and you have not addressed them. Don’t you think so?

A: There are thousands of cases still not attended to and you are talking about Ekneligoda. Is he a journalist first of all?

Journalist or not, why don’t you condemn his disappearance?

A: You said he was a journalist and I am saying he is not. He wrote only one article. I saw his wife Sandya in Geneva. From Geneva she left for Paris.

What do you mean by that?

A: She went to Paris to see her husband. That is the truth.

Are you sure he is in Paris and how do you know it?

A: Many people have seen him there. It’s okay if she has gone to see him.

If what you say is correct, why didn’t you or the Rajapaksas get him down or publish his photograph because his ‘disappearance’ has ruined the reputation of the security forces?

A: True. We failed to bring him down, but now we cannot do anything about it. Over his disappearance, 13 soldiers were remanded. Under section 296 of the Penal Code the body of the missing person should be found or there must be an eye witness to charge or remand someone. However, the soldiers were remanded without any charges. Also Major General Chaggi Gallage was not issued visa to travel to Australia.