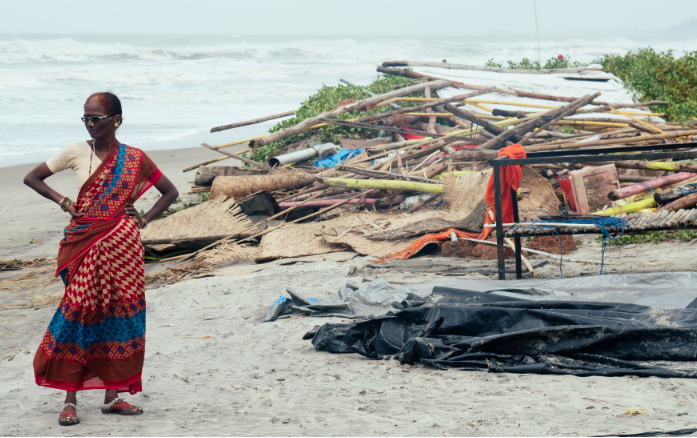 (World Bank Blogs ) Our hearts sank as we looked at the Hurricane Katrina-affected house, now the Flooded House Museum in the City of New Orleans, United States. Our team from the World Bank was accompanying Sri Lankan officers visiting New Orleans in October 2019, to learn from the city’s post-Hurricane Katrina flood risk-management efforts.

We could see what the family must have seen after the flood waters receded—broken furniture, a piano, paintings, and toys including a stuffed teddy bear. We could almost feel the chaos and grief that must have followed after the floodwalls failed, releasing thousands of cubic yards of sand and millions of gallons of water at the breach site of London Avenue Canal Floodwall.  On August 29, 2005, three major levees broke, flooding 80% of the city. Hurricane Katrina caused 1,500 deaths, damaged 135,000 houses, and brought $150 billion in financial impacts. The city’s population fell by half in the immediate aftermath of the storm.

Half of New Orleans lies below sea level and the City of New Orleans is continuing to sink, making it more vulnerable to storms. What lessons can this highly flood prone city offer to Sri Lanka?

Sri Lanka, with its large coastline, is one of the world’s most vulnerable countries to climate change impacts. Under a worst case scenario,  GDP could decline by 7.7%, and 90% of the country’s population could be at medium to high risk of climate impacts by 2050.