A record number of journalists are in jail, CPJ census finds 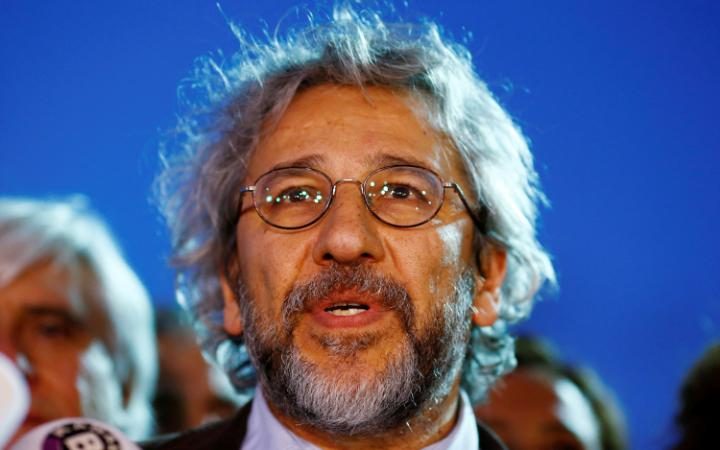 Image:Can Dundar, editor-in-chief of Cumhuriyet, leaves the Justice Palace after his trial in Istanbul on Friday  Credit: OSMAN ORSAL/REUTERS.

New York, December 13, 2016–Turkey’s unprecedented crackdown on media brought the total number of jailed journalists worldwide to the highest number since the Committee to Protect Journalists began taking an annual census in 1990.

As of December 1, 2016, there were 259 journalists in jail around the world. Turkey had at least 81 journalists behind bars, according to CPJ’s records, the highest number in any one country at a time-and every one of them faces anti-state charges. Dozens of other journalists are imprisoned in Turkey, but CPJ was unable to confirm a direct link to their work.

“Journalists working to gather and share information are performing a public service and their rights are protected under international law. It is shocking therefore that so many governments are violating their international commitments by jailing journalists and suppressing critical speech,” said CPJ Executive Director Joel Simon. “Turkey is at the vanguard of this authoritarian trend. Every day that Turkey’s journalists languish in jail in violation of that country’s own laws, Turkey’s standing in the world is diminished.”

This year marks the first time since 2008 that Iran was not among the top five worst jailers, as many of those sentenced in the 2009 post-election crackdown have served their sentences and been released. The Americas region, which had no jailed journalists in 2015, appears on this year’s census with a total of four journalists in prison.

The prison census accounts only for journalists in government custody and does not include those who have disappeared or are held captive by non-state groups. (These cases-such as freelance British journalist John Cantlie, held by the militant group Islamic State-are classified as “missing” or “abducted.”) CPJ estimates that at least 40 journalists are missing or kidnapped in the Middle East and North Africa.

The census catalogs journalists imprisoned as of midnight on December 1, 2016, and indicates the country where held, charge, and medium of work for each imprisoned journalist. It does not include the many journalists who were imprisoned during the year but released prior to December 1.