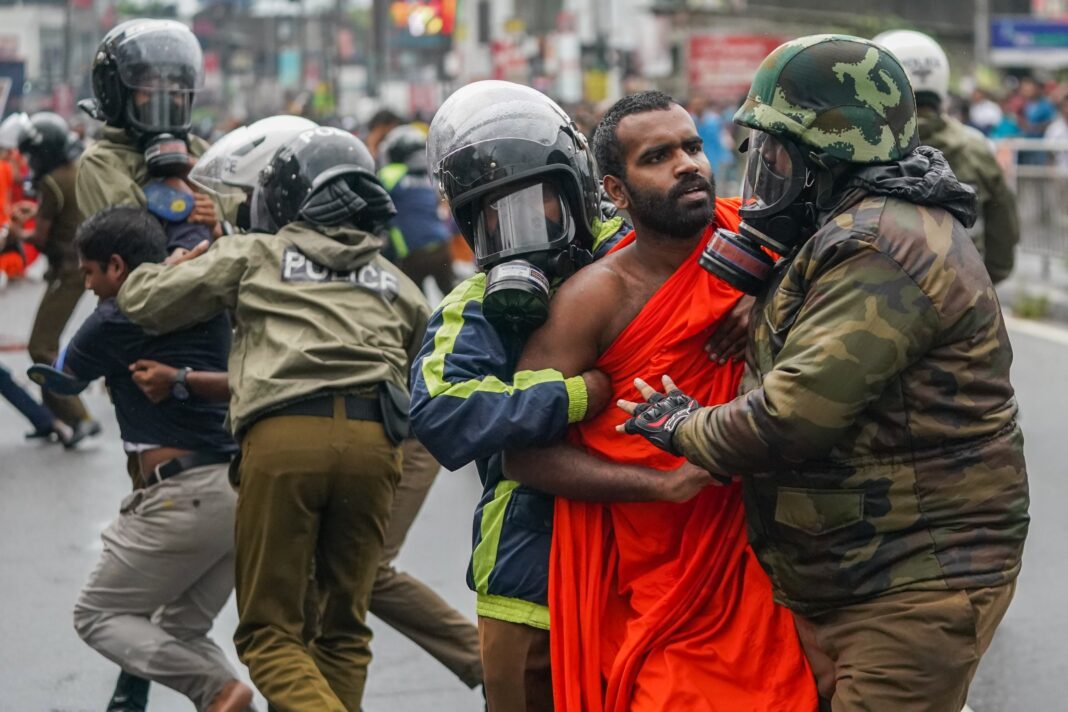 The Commission to Investigate into Allegations of Bribery or Corruption (CIABOC) has commenced a preliminary inquiry with regard to a complaint lodged by the Young Lawyers’ Association of Sri Lanka (YLASL), the Young Journalists’ Association of Sri Lanka (YJASL), and the Action Committee Against State Repression (ACASR) that several senior police officials, including Inspector General of Police (IGP) Chandana D. Wickramaratne, are misusing State resources, including police officers, to attack peaceful protests.

When contacted by The Morning, YJASL President Tharindu Iranga Jayawardhana said that the CIABOC had informed them in writing that it had commenced a preliminary inquiry into their complaint bearing number BC/1760/2022.

“For some time now, a large number of police officials including IGP Wickramaratne, Senior Deputy Inspector General of Police in charge of the Western Province Deshabandu Tennakoon, Colombo Fort Police Officer-in-Charge (OIC) and Chief Inspector of Police Sagara Liyanage, and the Slave Island and Maradana Police OICs have been misusing their positions and serving the political interests of the Government. They have been misusing State resources, and using their positions to intimidate certain parties,” he said.

Claiming that a large number of police officers had been deployed to disperse several protests in Colombo in the past few weeks, Jayawardhana said that there had been an inadequate number of police officers to carry out the everyday duties at several police stations on such days. For instance, he claimed, the OICs and Crime OICs of several police stations, such as those in Colombo Fort, Pettah, Maradana, and Slave Island, had been present at protests to observe and direct the officers to disperse protestors, while several vehicles such as jeeps, cars, trucks, buses, and mobile water cannons had also been used for this purpose, which, he observed, amounts to the misuse of State resources.

“During the recent arrests of Ceylon Teachers’ Union General Secretary Joseph Stalin, former Inter-University Students’ Federation Convenor Lahiru Weerasekara, two activists of the Ceylon Bank Employees’ Union, and several other ‘aragalaya’ activists, over 50 police officers and a few vehicles had been deployed. During some of those arrests, the arrestees and their family members had been intimidated by Police officers, which amounts to the misuse of their positions,” he added.

Speaking further, Jayawardhana said that several entities linked to the Police Department, such as the Criminal Investigations Department and the Colombo Crimes Division, have been summoning ‘aragalaya’ activists over minor matters to record statements, and that the same has resulted in delaying the normal duties of such institutions. He also claimed that there have been events where the reputation of certain activists who were recently arrested by the Police had been tarnished due to the actions of police officers.

“We have come to know about cases where police officers and vehicles are unavailable in police stations in Colombo to investigate thefts, assaults, murders and other violent crimes, whereas officers and vehicles are deployed to disperse peaceful protests. Although there have been many incidents of fatal shootings and corpses washing up on beaches including near the Galle Face Green, the Police have not yet conducted investigations into such incidents,” he charged.

Taking into account the matter, Jayawardhana said that the YLASL, YJASL, and ACASR have lodged a complaint with the CIABOC, seeking legal action against Wickramaratne and other relevant senior Police officials under the charges of corruption.