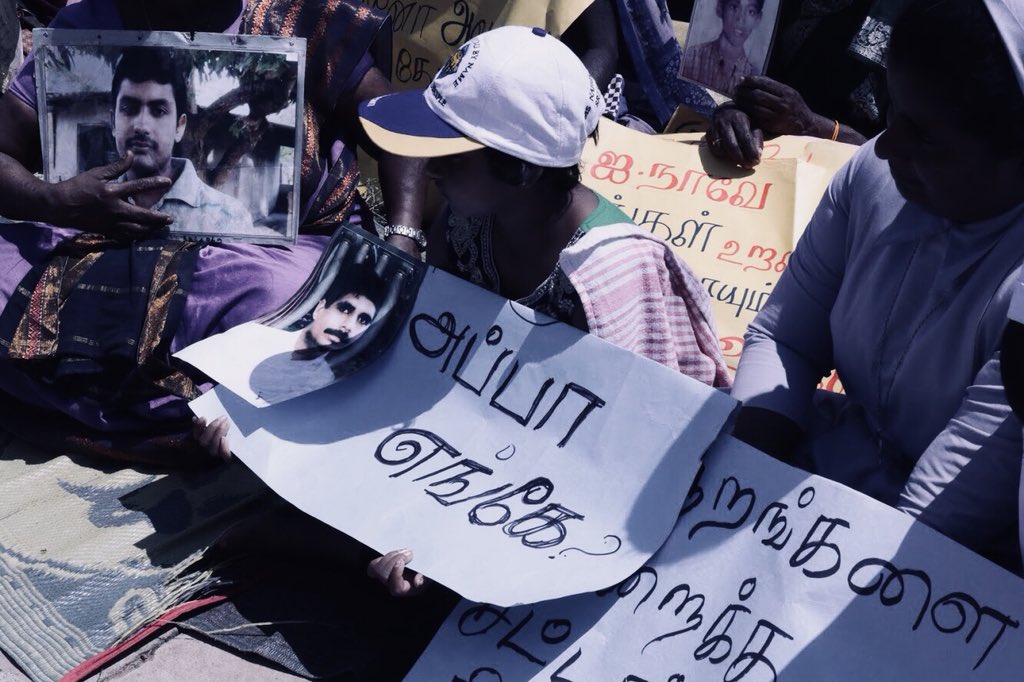 Image: 365th day of protest in Kilinochchi, Sri Lanka by the families of the disappeared. (Tweeter photo)

Most of the protesters were elderly mothers and fathers and those physically and mentally injured by the war. They have been braving the sun, rain, cold, dust, insects, mosquitos etc. Some had been hospitalised. I was told 7 women had died during the past 366 days. One woman leading the protest in Mullaitivu was assaulted, and received threats to stop. The protestors have been subjected to constant surveillance. While protesting, they had also struggled to take care of their other children at home, engage in livelihoods, find the bus fare to come to the protest site and a range of other practical problems. From the day I first met them one year ago, and through subsequent visits, I have seen them getting sick, hungry, cold, sweating, their spirit and physical strength deteriorating. But they have not given up.

They have told me that their protest is not leveled against the government, military or anyone else. They just want to know whether their disappeared children, grandchildren, husbands, are alive or dead. Many believe their loved ones are alive and want to know where they are being held. They want to see them. If dead, they want to know what happened and to receive their remains. Many protesting families had seen their loved ones surrendering to the Army in front of their own eyes, after which they were never seen again.

The beginning and evolution of the protests

The protests started with some families of the disappeared in Vavuniya staging a fast unto death in January 2017. One of the leaders, Jeyavanitha, a Tamil mother, has a 2015 election campaign leaflet of President Sirisena and asserts that one of the school girls in uniform next to the President is her daughter.

As health conditions of the elderly women fasting in Vavuniya deteriorated, the State Minister of Defense met the families at the protest site. He promised a meeting with several senior Ministers in Colombo, and families agreed to temporarily suspend the protest. That meeting happened, but was marred by controversy, as the government had invited some Tamil National Alliance (TNA) MPs, who the families didn’t want to attend. The TNA MPs had eventually left, but based on what the State Minister for Defense had told him, the TNA Spokesperson reported to media that the families wanted priority for their own family member’s cases. Several of those actually present at the meeting till the end told me that they never asked for this, and insisted on answers to all families of disappeared. The meeting never yielded anything, and after waiting for two more weeks, the families in Vavuniya recommenced their protests, which will reach one year on 24th February 2018. Around the same time, protests started in four other places in the North and East.

Other forms of struggles and the ethnic factor

Not all Tamil families of disappeared in the North and East are involved in these protests. Several have filed Habeas Corpus cases, which are pending in courts in Jaffna, Mullaithivu, Vavuniya, Mannar and Colombo. Last year, some families of Tamil men who were taken away by the Army in 1996 in Jaffna, filed fresh Habeas Corpus applications. Based on this, an Army officer alleged to have been responsible and now serving as a Major General in Mannar, has been summoned to appear before courts. In different cases filed in Mannar and Colombo in relation to different incidents, Police investigations have revealed the complicity of the Navy in disappearances. Last year, families of the disappeared in Mannar published a book with the stories of their loved ones. There have also been been protests on significant days, such as on International Human Rights day and the International Day of the Victims of Enforced Disappearances.

To me, in a way, the yearlong protests in five places symbolises the hard and long struggles waged by vast majority of families of disappeared.

There is also an ethnic factor in the protests and campaigns. A large number of Sinhalese have also disappeared, mostly in the late 1980s. Their families, through movements such as the Mothers Front and supported by domestic and international rights activists and politicians that included former President Mahinda Rajapakse and present Minister Mangala Samaraweera, campaigned heavily for truth and justice in the 1990s, which was a factor in toppling the repressive UNP government of that time. But in recent years, Sinhalese families have not been campaigning so visibly, with a few exceptions like Sandya Ekneligoda and Mauri Jayasena, whose husbands had disappeared in 2010 and 2013 respectively.

Support for the protests

The last few years, especially in 2017, have also seen many protests in Sri Lanka. The most visible had been a series of sustained protests by students against the privatisation of health & education. There was also a several month-long overnight protest in Colombo against the exploitative manpower system by workers. Communities negatively affected by development projects, such as in Jaffna, Bandarawela and Colombo have also been protesting, while there were also protests against caste-based oppression by communities in Jaffna and campaigns demanding justice and freedom for political prisoners, which included a fast by 3 prisoners. Month-long day and night protests were also held in the North, demanding back lands occupied by the military. Some of these protests had achieved their aims, while some ended without clear results.

But along with protests to regain military occupied lands in the North, the protests by families of disappeared are the longest running. The protests by families of disappeared has also been internationalised and seem to be protests that had become most controversial and immensely political, despite the deeply personal nature of the problem. This is probably why there have been very few sympathisers and even less number of people who want to actively support the protests.

Although some Northern Tamil politicians and political commentators appear to be ignoring the protests and not recognising their significance, the protests had received significant support and sympathy in the North. Hindu and Christian clergy and institutions, journalists, university students, three wheel taxi drivers and shop owners etc. have extended support, in addition to politicians and activists. However, solidarity and support from rest of the country, especially from Colombo, has been minimal. Despite all the protests being led by women, with the majority of participants also being women, Colombo-based women’s movements both new and old, don’t appear to be actively supporting their sisters at the protests.

A prominent exception has been Sandya Eknaligoda, wife of disappeared journalist Prageeth Eknaligoda, who had been travelling to the North and East to join the protesters regularly. She was also able to mobilise a few other Muslim, Sinhalese and Tamil families of disappeared from around Colombo to join in solidarity.

Considering the unprecedented longevity, widespread nature and intensity of the protests and the desperation of the protesters, there has been minimal media coverage of the protests on mainstream Sinhalese and English media. Other Colombo-centric protests and struggles, such as one against the privatisation of health and education by university students and against the sexual abuse of children in an orphanage in Colombo, received much more mainstream media coverage. I can’t help wondering whether the political controversy about the protests, the ethnic factor and the fact that these were happening in the North and East may have deterred Sinhalese and English media from giving adequate coverage.

On the 100th day of the protest in Kilinochchi, the protesters blocked the A9 road for about 5 hours and demanded to meet the President. Since then, the President had met the protesters at least thrice, but he had let them down badly – breaking the promises and also the trust and hope they placed on him. The protesters had also met Ministers and other Government officials. They had also tried to engage with Sinhalese public, with appeals and banners in Sinhalese. But in contrast to this approach of the families, a statement issued in solidarity with the protests by organizations working primarily in the North and East focused their demands on the international community. However, a lack of response, support and sympathy from within Sri Lanka, coupled with a push from some Tamil activists and politicians, appear to have made the families also lean more and more towards foreign diplomats and UN officials to find the answers they are seeking.

The future of the protests

The protests are far from over. And the answers sought by the protesters still seem distant. Their courage and determination has been exceptional, but the cost on protesters has been very heavy. The future of the protests has to be and will be decided by the families. But as the five protests complete one year, I hope they can have the space to assess what has been achieved and plan ahead, perhaps to a transit to a different form of struggle, which may be more sustainable, less costly on themselves and have the potential to bring them closer to the answers they are seeking. It is also a time for those of us who have been associated or sympathetic towards the protests and the cause, to have self-reflections about roles we have played and could have played, and see how better we can support continuing struggles in the longer term, and mobilise more support.

This article was first published in groundviews.