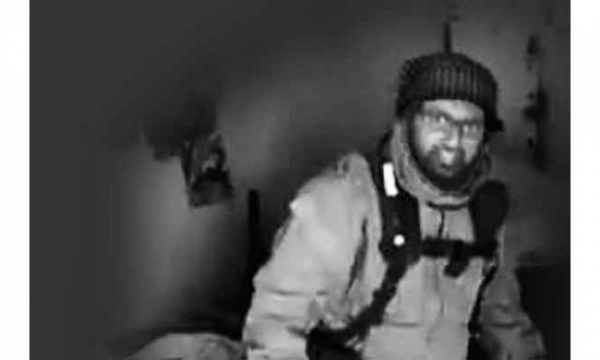 Image: Sharfaz Muhsin of Kandy Sri Lanka, an alleged fighter in ISIS, who was killed in an air raid in Syria on July 12 ,2015; courtesy NIE.

Colombo, Nov 18 (NIA) – The Sri Lankan Minister of Justice, Wijeyadasa Rajapakshe, said in parliament here on Friday, that there is information that 32 Sri Lankans, belonging to four families, have joined the Islamic State (IS) movement in Syria, the local media reported.

The Minister did not give details but assured the House that there will be absolutely no room for religious extremist activities in Sri Lanka “starting from today.”

In July 2015, Sri Lankan media had reported that one Sharfaz Shuraih Muhsin alias Abu Shureih Seylani (37), an alleged Sri Lankan recruit to the Islamic State of Iraq and Syria (ISIS), had died in an air strike in Syria on July 12, 2015.

The reports said that Muhsin had told his family prior to his departure for the Middle East war zone, that he was going to Turkey to do relief work among the victims of the war.

Hilmy Ahamed of the Muslim Council of Sri Lanka (MCSL) told The New Indian Express at that time that Muhsin’s family appears to have believed him because he had done relief work in Sri Lanka when the tsunami struck the island in December 2004.

While the immediate family was OK with his going for relief work, his in-laws were opposed to it, even if it was only for relief work. The family had come to know about his death in combat only after someone sent an ISIS video about it,” Ahamed said.

A student of the prestigious Trinity College in Kandy and a karate instructor, Muhsin was the Principal of a Muslim-run “International” (or English medium) school in Galewela in Kandy district in Central Lanka till December 2014.

According to Mohammad Sahabdeen Mohammad Samir, the Principal of the school where Muhsin worked, he had told the school that he was going to Mecca on pilgrimage but never came back.

The MCSL condemned Muhsin’s involvement with the ISIS and said that the ISIS’s actions are a gross violation of the Sharia as well as Humanitarian Laws. “Islam is a religion of mercy and tolerance that totally prohibits the taking of innocent lives. There is no theological basis for any crimes to be committed through terrorism or violence,” it said in a letter to President Mithripala Sirisena.

The MCSL called upon the President to conduct a thorough investigation, punish all who may have violated the laws of the land. Ahamed, however, added that Sri Lankan Muslims believe that the ISIS is a creation of the US and Israel to tarnish the image of Muslims.

In July this year, Indian media reported that two Keralites, Fathima (Nimisha) and Eeza (Bexon Vincent), the couple from Kerala who have supposedly joined the Islamic State, were in Sri Lanka for over two months before disappearing.

According to Indian intelligence agencies, Sri Lanka has emerged as one of the preferred venues for Islamic studies, mainly for the Salafi sect committed to Wahabism. It is also an easy access destination for Indians as they can visit without major security concerns. The minister addressing the weekly Cabinet briefing at the Parliament Complex said the President was briefed at the Defence Council meeting with regard to this and they had assured the government that none were joining the Muslim terrorist organisation in Syria.

Justice and Buddha Sasana Minister Wijeyadasa Rajapakshe said in Parliament last week that 32 Sri Lankan Muslims recently had left the country to fight alongside ISIS. He also stated that there were many foreign Islamic preachers who were promoting extremism within the country.

“The Sri Lankans from four families joined ISIS a long time ago and they did not leave from here. They went to another country and then proceeded from there. We have worked with the families since then,”Senaratne said.

“Wijeyadasa’s statement is not the stance of the government. He is making these statements having listened to certain groups of people,” he added.

The Co-Cabinet Spokesperson further explained that all foreigners engaging in religious activities were monitored by the National Intelligence Bureau (NIB) and the latter had reported that they were simply teaching people Arabic.

“The Muslims have become very worried by these statements. Around 30 Muslim Organisations have sought a meting with me.The minorities expect the government to protect them better than the last government,” he said.

Commenting on the recent clashes due to extremists Buddhist and Muslim groups, the minister alleged that this was a plan hatched by the previous regime to distance the minorities from the government.

“Dan Priyasad was a frontline figure in Namal Rajapaksa’s Nil Balakaya and Abdul Razik was an NIB informer during Gotabaya’s time. In the North they are using Aava to create chaos. They want the minorities to boycott the elections and then win using Sinhala Buddhist votes,” Senaratne said. “When Joint Opposition MPs approached Mahinda Rajapaksa and asked about making a stand against communal unrest, he had told them to keep quiet because they would then lose their vote base. This is their mentality,”he added.