2022 Budget is rubbish, impractical and all lies: Harsha De Silva 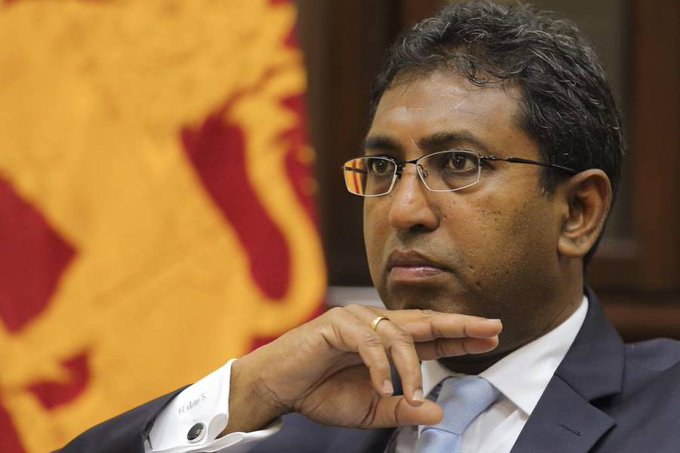 “The main issues in the country have not been addressed. People will soon be dying of starvation, and not a single word was mentioned in his budget which would bring some relief to the people. Ministers received huge budgets to develop their respective areas, whereas the people have no food to eat. When this Government came to power, they claimed to improve the quality of life of the people, but 2 years down the line, all this Government has done is bring suffering to the innocent people. The budget which was presented is utter rubbish, not practical and all lies.”

“The price of rice, dhal, tin fish, flour, milk powder, vegetables and gas has gone up by over 100% within the last few months. The Government is blaming the pandemic, but this is not the case. The truth is that the Government does not know how to handle finances. They are irresponsible and cannot show accounts for their expenditures. When the President came to power, he said the only way forward is by appointing his family members to positions in the Government, the people agreed, and still there is no change. All the Rajapaksa brains are now in Parliament, but still cannot figure a way out,” claimed De Silva.

Further, De Silva disputed the claims made by the Finance Minister, stating that the figures mentioned during the budget were inaccurate and was only another “gimmick” by the Government to mislead the people.

“Basil Rajapaksa made claims that the income generated amounted to Rs 1378 million last year and the expenses amounted to Rs 3493 million. This means there is a difference of Rs 2115 million, which has been over spent. I want to ask the Finance Minister, how is he making such claims? Can he prove his figures? This is only another gimmick to mislead people and try to show the people that the Government has additional expenses. There is no accountability with this Government. If the people’s taxes are used, the Government should be accountable to the people of the country,” he stated.

De Silva added that other than the teacher salary anomalies, the rest of the people in Sri Lanka have not gained anything, other than more suffering.

“The farmers have been protesting. Their livelihoods have been severely affected, there is a shortage of rice in the market, the price of vegetables have increased, yet nothing was spoken about that. Instead, huge budgets are allocated for the import of organic fertiliser, which is not a solution. What happened to all the talks about compensating the farmers for their losses? Nothing was spoken about that,” asked De Silva.

In conclusion, De Silva stated that from his projection, Sri Lanka’s economy has ‘sunk’ to a point beyond belief as the Government has now committed to more loans which is dragging the country down to more debt.

“Sri Lanka is in severe debt. Eventually, the people of the nation will be paying huge taxes and will suffer to a point of starvation. The black market is on the rise, and people are resorting to illegal ways of generating an income for themselves. There will be no turning back, the country is in severe debt, and that is the fact. This Government has made us all debtors,” he concluded.

Statement made in parliament today (13) in response to the 2022 Budget.