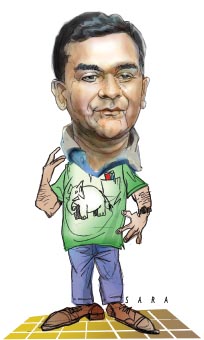 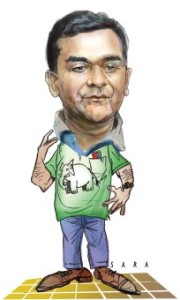 Q: The proposed draft Constitution presented by the UNP says that there would be a meaningful devolution of power and it has given some examples that would be followed. Will the UNP fully implement the 13th Amendment or go beyond the 13th Amendment?
A: Our stance is based on several areas. There are lots of reports on it. There’s the Tissa Vitharana report, the President’s LLRC report, the agreement reached between the government and the UN Secretary General and the statements made before the UNHRC. These are all documents that deal with this matter and the government had agreed to these. Our proposal is to work taking into consideration all these along with the 13th Amendment.

Q: Do you feel that the government would hold the Northern Provincial Council elections given the current issues over the 13th Amendment?
A: Even people in the North have doubts. If the government holds the Northern Provincial Council elections, it would only be to show the world. The CHOGM is in Sri Lanka in November and the government would want to prevent any bad publicity. The government would therefore hold an election for the sake of it. People in the North are still living in fear. They do not have the freedom to cast their votes or have a political movement. Security forces personnel in civvies attacked a protest campaign organized by the Opposition Leader and political parties and organizations in the North. The TNA’s political rally in Kilinochchi was also destroyed by an organized group. If the LTTE does not exist then there cannot be an armed group in the North. Therefore, there is no space for the people to cast their vote freely. We emphasize three issues – first is the need for a civil governor to the North since the current governor is a retired military officer and people don’t have faith in him; second is the need for Commonwealth and EU monitors for the Northern polls as observers from the period of nominations until the conclusion of elections and; third is the re-enacting of the 17th Amendment and the establishment of independent Police and Elections Commissions. The independent Police Commission must be created and should be given the freedom to carry out its work. If the government is going to hold an election without these factors then the government has no intention of holding a free and fair election.

Q: Why do you think that holding the Northern Provincial Council election is important?
A: The main reason is the re-establishment of a civil administration in the North. There has not been a civil administration close to three decades. Although there have been local government elections and Presidential and general elections from time to time, they have all been held under military supervision. The actions of the LTTE also prevented the people in the North from casting their votes freely. The LTTE prevented people from casting their votes for a candidate of their choice at the 2005 Presidential election. After a war, the government has to democratically create the environment for people to be free. The only way is to give their representatives the chance to work in public councils. It has now become an international issue. The government met the UN Secretary General and promised to hold Northern Provincial Council election in September. The US government representatives have also said that they have been informed Northern elections would be in September. The election is under international scrutiny. Indian leaders have also been promised the same. So a civil administration has to now be established.

Q: How do you think a move to change the 13th Amendment would impact on the government, the country and the reconciliation process?
A: The government’s stance will further divide the communities. What did the President expect from the LLRC? Following the end of the war the President and the government continuously said that a civil administration would be established in the North. The LLRC was established and the Commission has made its proposals. India and the international community have been given many promises. The government is now trying to avoid this by bringing forward racism and religious extremism. We call on the government not to make a mess of the issue and bring about a breakdown in the reconciliation process. It would not be good for the country’s future.

Q: What impact would a delay in holding the Northern Provincial Council elections have on Sri Lanka’s relations with the international community?
A: It would result in the loss of confidence in the government. The UN Secretary General was told that the Northern polls would be held on September 10th. The UNHRC was also told the same. The government has assured India as well. Instead of honouring these pledges, the government is now trying to avoid them by making various statements on power devolution to the North creating a negative impact on the country’s image. A lack of confidence by the international community would affect the country. We should never be a country with racism and religious extremism. However, the government’s actions show that the country is being dragged down such a path. We will therefore face many challenges.