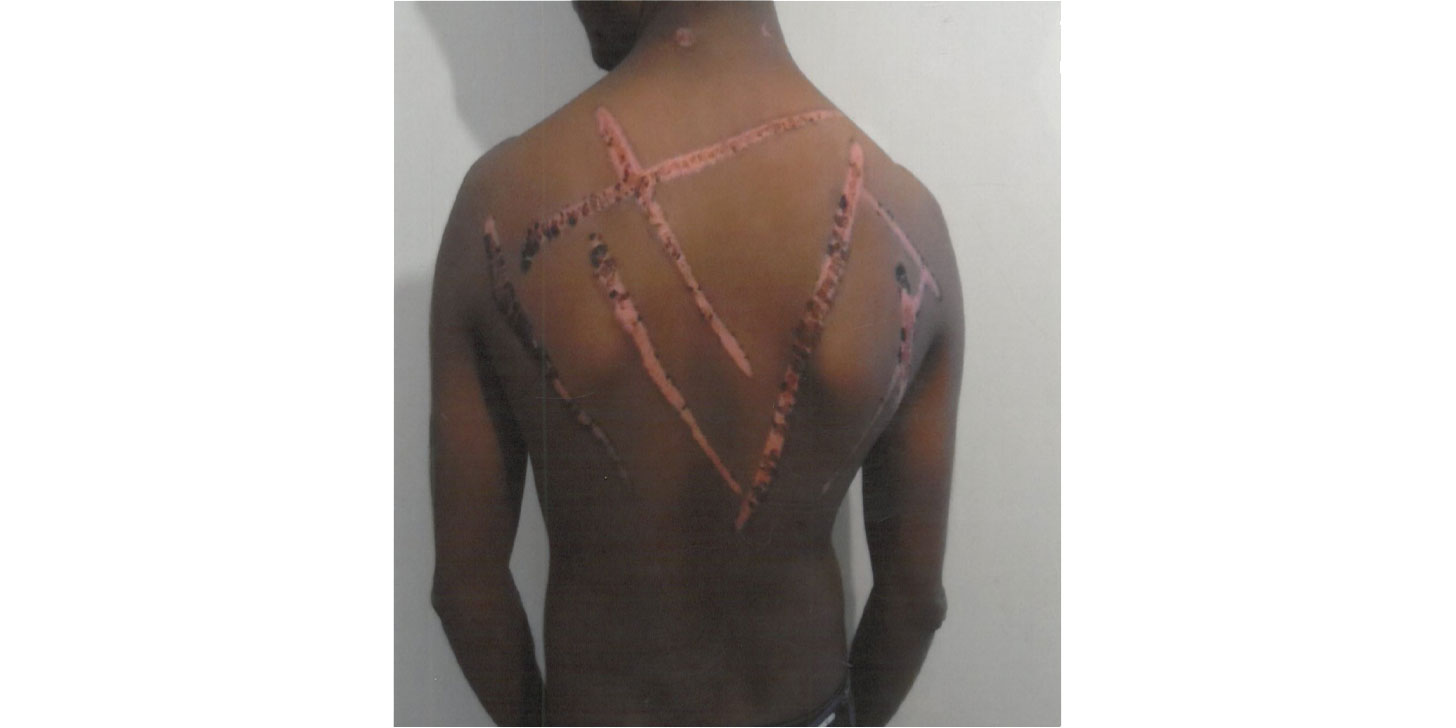 Image: Many asylum seekers have same kind of torture marks on their backs.

An asylum seeker allowed himself to be tortured with hot iron bars to support his bid to stay in the UK, judges have ruled.

He claimed five scars on his back were evidence of how he was badly treated by authorities in his native Sri Lanka.

But rejecting his claims, the Court of Appeal ruled that he probably consented to the torture in as part of a ruse called ‘self-infliction by proxy’ or SIBP.

An asylum seeker allowed himself to be tortured with hot iron bars to support his appeal to stay in the UK. His claims were rejected by the Court of Appeal (pictured), who said his scars were a ‘ruse’

It added that a ‘cooperative and clandestine’ doctor might have put him under general anaesthetic while the heated iron rods were placed on him.

In a 22,000-word appeal ruling, one of the country’s most senior judges, Lord Justice Sales, questioned why the 35-year-old man had not experienced any significant infection as a result of the burning.

The judge said an earlier immigration tribunal which threw out the man’s asylums claim was justified in highlighting the ‘highly unusual’ type of scarring as a ‘central implausibility’ in his account.

It also raised doubts about his relationship with the Tamil Tigers and his alleged detention and escape from the country.

The man arrived in the UK on a fake passport six years ago before claiming asylum. He is thought to have racked up enormous legal bills at taxpayers’ expense in his desperate bid to avoid deportation.

He claims that he was detained in the aftermath of a Tamil Tigers attack on Colombo airport in 2007 over possible links to the organisation.

His alleged torture occurred in August 2009, where it was claimed he ‘felt intense pain from the first burn’ before falling unconscious while receiving other burns.In support of his torture claim, he produced a medical report from a professor that backed the theory.

The man also claimed he would face ‘a real risk of persecution’ if deported because authorities would regard him as having been ‘actively involved’ with the Tamil Tigers.

Dismissing his appeal, Lord Justice Sales said the earlier tribunal hearing – which rejected the asylum seeker’s claims – had ‘conscientiously balanced the probabilities of infliction of the scarring by SIBP and by torture’.

It was entitled to assess that SIBP was the ‘only real possibility’ that could not be discounted, he added.

In a majority decision, Lord Justice Sales and another senior judge, Lord Justice Patten, rejected the challenge by the claimant, identified only by the initials KV.

It was not clear last night if he planned to make a final appeal to the Supreme Court.

The Ministry of Justice refused to confirm whether he is receiving legal aid.

The Home Office declined to say whether he is in custody pending the outcome of the legal proceedings.

Stephen Wright is  the Associate News Editor For The Daily Mail