Yugadanavi Agreement is an illegal, monkey business..! Here is the latest evidence…! 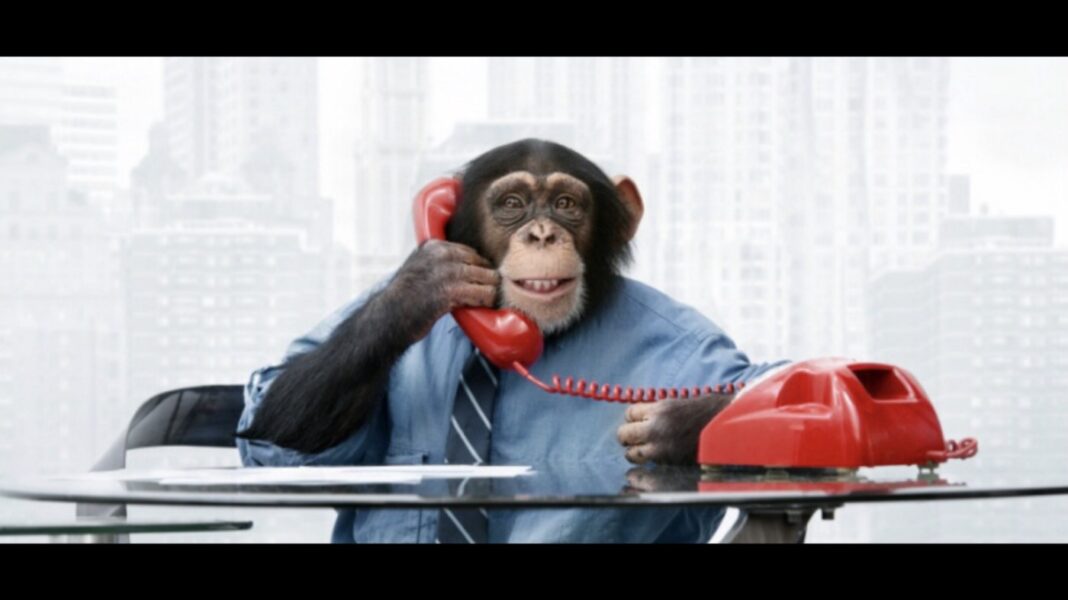 (Lanka-e-News) Lanka-e-News has obtained more evidence that the treasonous, illegal agreement to sell Yugadanavi Power Plant to America, which was signed misleading the Cabinet and secretly to the Parliament and the People is nothing other than an ‘ugly monkey business’.

General public are now aware of that the Cabinet approval had been granted for sale to a company called New Fortress Energy, but the sales agreement has now been signed with a company called NFE Sri Lanka Power Holdings LLC, and both parties have agreed not to disclose its content for a period of two years.

In addition,  following are some of the illegal aspects of the agreement.

1) The address of the location of the party called NFE Sri Lanka Power Holdings LLC is incorrect. The address mentioned in two places of the agreement is 1209 Orange Street, Wilmington, DE 19801, United States of America. Although Anura Kumara Dissanayake mentioned in Parliament that this place is in Washington, it was also a mistake made by himself too. It is located in the state of Delaware in the United States. There is no place called Orange Street as mentioned here, but there is a place called North Orange Street. If the word ‘North’ is not mentioned, then such an address is a false address. It cannot be assumed that it happened by mistake. Such an error cannot occur in an agreement signed between two countries. The word ‘North’ may have not been so deliberately mentioned due to the nature of the place that encourages thefts and deceiving.

2) There is a very wonderful premises at 1209, North Orange Street, Delaware. That is, it rents out the address to companies that are ready to commit tax evasion. Some laws vary from state to state in the United States. Accordingly, many companies have registered their companies with the Corporation Trust Center (CT Corporation), located at the above premises, in order to escape through a hole in the existing tax law in Delaware. The number of such companies is not a few. By 2012, there were 250,000 American and foreign companies being registered with that address, and by now it has surpassed one million. The irony is that even the population of that city is less than that number. Corporation Trust Center is not responsible to anyone for leasing its address to registered companies. However, in 2012 alone, those registered companies have committed $9.5 billion tax evasion. NFE Sri Lanka Power Holdings LLC, the signatory to the Yugadanavi sale agreement, is also registered with that Corporation Trust Center.

3) The company name, NFE Sri Lanka Power Holdings LLC mentioned in this fraudulent agreement includes a term NFE, but nowhere in the agreement, it is not mentioned that the term NFE refers to the company called New Fortress Energy. If necessary, it can be said that it is an energy company named after the initials of Nimalka and Ferdinando. That’s why we think so.

Buyer Daniel’s other witness is Nimalka Morahela, an owner of an institution called HnA Consulting & Events. She has signed here as ‘Project Coordinator’. Where did she come from to be a witness in a sale of public property in the country of Sri Lanka? What project does she coordinate? Nobody knows.

5) Another document that further confirms the illegality of this agreement is the Power of Attorney authorizing Daniel Christopher Knight to sign on behalf of NFE Sri Lanka Power Holdings LLC.

On the other hand, and as mentioned in the agreement, the Power of Attorney vested on Daniel, who signed it, could be called back to the company at any time without prior notice and then Daniel could be kicked out. It does not say who was responsible for the contract that Daniel signed thereafter.

This Daniel Christopher Knight is a mysterious character. In the Power of Attorney, his name is mentioned as Daniel Christopher Knight (”Mr. Knight”). It is not necessary to write a name of a person within parenthesis and inverted comas with a salute like “Mr.” in a legal document. Why did that? On the other hand, any picture of him cannot be found on the internet. Why was a signatory of the agreement a mysterious figure?

6) There is another major illegal issue with this Power of Attorney. That is, there is no signature of the “Agent” who was authorized to act except the signature of the “Grantor”. The above said Chief Financial Officer Christopher Giunta and another person called Cameron MacDougall have signed the Power of Attorney authorizing Daniel to act on behalf of NFE Sri Lanka Power Holdings. This Cameron is mentioned as the General Counsel of a company called Permanent Capital & Fortress Private Equity, but not mentioned as anyone of NFE Sri Lanka Power Holdings. He has signed as someone else’s authorized signatory. There is no mention of whose power it is.

8) On the other hand, this Power of Attorney should be suspected of forgery. This is according to the date this was signed. The date of signing is the 16the September 2021. It was signed in front of a Notary Public named Juliana Mead in New York City. When signing a Power of Attorney, the “Agent” must appear before the Notary Public, not the “Grantor”. This is because the Notary Public must know that the person receiving the power is actually a living person. Accordingly, let us think that Daniel Christopher Knight is scheduled to appear before the Notary Public in New York when her office is opened in the morning at 9 am on the 16th. Then that time in Sri Lanka is 7.30 pm in the night on the 16th. But Daniel have appeared in Sri Lanka in the evening of the 17th September to sign the agreement (as the date of the agreement is 17th September). It is not possible to fly by air from New York to Colombo within 24 hours. If so, it should be done by the supernatural power.

9) There is a lot of questions about this parent company called New Fortress Energy. In an official news release dated 8th July 2021 on their official website, they announced that their company had signed an agreement with Sri Lanka regarding the Kerawalapitiya Power Plant and Gas Supply. But it does not mention anything about a subsidiary called NFE Lanka Power Holdings LLC.

However, in our search, we found an Annual Accounts Report of New Fortress Energy, published by the American Securities and Exchange Commission on the 16th March 2921. It contains a list of 117 affiliated companies of New Fortress Energy. NFE Sri Lanka Power Holdings LLC is mentioned as the 94th subsidiary of the company. (See https://sec.report/Document/0001140361-21-008724/brhc10021589_ex21-1.htm).

Wesley Robert Edens is mentioned as the founder of the Group of the Companies as well as the Chairman and CEO of the New Fortress Energy. On the 8th July, he had tweeted that New Fortress Energy has signed an agreement with Sri Lanka regarding the Kerawalapitiya Power Plant and Gas Supply.

However, his name or the story of his authorization to anyone is not mentioned in anywhere in the above agreement signed with Sri Lanka.

10) As the above said Wesley Robert Eden officially states, his New Fortress Energy company network has been launched in 2014. As of the 16th March 2021, there are 117 affiliated companies of various types. There is no doubt that the number has increased by now. This is because he has started about one subsidiary once a month since he started the company in 2014..!

The New Fortress Energy Network, which has such a large number of companies, has just 231 employees. Accordingly, the number of employees in one company should be around two. Amazing but true..!

Wesley Robert Eden, who owns so many companies, must be at least among the top ten or fifteen richest people in the world, but he is not. That, too, is another surprise..!

11) This is the last thing to say. No matter how many disguised demons came and somersaulted on the stage of Daha Ata Sanni Thowilaya in Lanka, only one Solomon Gurunnanse was dressed and performed the characters of all of those demons, while his best disciple is being the drummer.