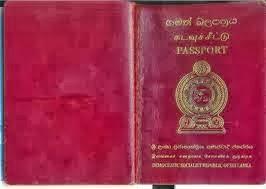 By Bindu Suresh Rai
Even as some of the world’s most troubled hotspots have countries maintain a year-round travel advisory for its citizens, several Dubai-based Asian expats claimed surprise that Sri Lanka, Nepal and Pakistan made it to the list of the worst passports to travel with in a recent study.

The Henley & Partners Visa Restrictions Index, which is a global ranking of countries based on the freedom of travel for their citizens, saw Finland, Sweden and the United Kingdom emerge as the world’s most coveted passports, with the least number of restrictions imposed on its holders, with a score of 173.

This simply means that citizens of the above-mentioned three countries can travel to 173 countries without visa restrictions.

The UAE gained eight ranks from the previous year (56th) and is the second best Arab country for affording visa-free travel to its citizens after the 52nd-ranked Kuwait. While Kuwaitis can travel visa-free to 77 countries, Emiratis can do so to 72 countries acorss the world.

India is ranked at No. 74, and improved its position by 6 slots since last year’s rankings, with Indians allowed to travel visa-free to 52 countries.

Afghanistan, which bottomed out as the country with most number of visa restrictions imposed on its passport holders, ranked at 93 with a score of 28, followed by Iraq at a rank of 92 and a score of 31, with and Pakistan and Somalia a mere spot away with a 32 score.
“Pakistan, Somalia, Iraq and Afghanistan remain in the bottom four places of the ranking, which means that citizens of these countries enjoy the least freedom of travel,” said Henley & Partners in its media statement accompanying the rankings.
Based on the numbers, Afghani nationals can travel visa-free to a mere 28 countries, while Iraqis can visit 31 nations visa-free. Somalia and Pakistan nationals can travel to 32 countries wiothout a visa, stats reveal.
The sub-continent wasn’t spared, with Nepal coming in the position of the fifth worst passport in the world, with a scorecard of 37; Sri Lanka came in at number six, sharing the spot with Kosovo, Sudan and Lebanon with a 38 scorecard.

Despite its recent political turmoil, both Libyan and Syrian passport holders fared better than its sub-continent counterparts with a score of 39 and a rank of 87 out of 93 countries listed.

Meanwhile, passing with flying colours as the second best travel passports were Germany, the US, Denmark and Luxembourg, all coming in with a score of 172.

When Emirates 24|7 spoke with a few Dubai-based expats, Arshad Khan, a Pakistani national living in the UAE for 14 years, was surprised that his country would rank so low in the ratings index.

“I think this index is being very unfair to Pakistani passport holders, especially in lieu of the state of world affairs whereby several countries such as Iran and Myanmar have many more sanctions imposed on them by world authorities but still rank better than us. This criteria doesn’t add up in my head,” he said.

Another Pakistani national, Abrar Hussain Khan, who grew up in Dubai, said it was very “frustrating” that his fellow countrymen had to pay for poor choices of a few.

“It is upsetting and frustrating that some of us, who have only known our country of nationality over holidays and family occasions, are biased against over the colour of our passport when travelling, through no fault of our own,” he said.

Resident and Pakistani national Liaquat Hamed agreed with Khan’s assessment, adding: “Pakistan’s political situation is complex with internal government struggles occupying the time and resources of our men in power, as opposed to working towards a more economically stable state.

“Actions have reactions to it and our bloody history and poor political game play has given its citizens the short end of the stick in these worldly stakes.”

Meanwhile, Sunitha Yogeshwaran, a Sri Lankan national in Dubai, didn’t appear too concerned that her country was ranked among those the most severe travel restrictions, saying: “Good thing that my fellow men and women from Sri Lanka don’t really travel all that much in the first place.”

Henley & Partners, which handles international residence and citizenship planning, has been publishing the Visa Restrictions Index since 2006, which serves as a global ranking of countries based on the freedom of travel for their citizens.

This global ranking is produced in collaboration with global aviation agency IATA.