International Women’s Day should be a time of celebration. It might feel like there’s not much to be positive about right now, especially when we consider the harm the pandemic has caused to women, girls and LGBTI people around the world.

But this year it’s especially important to celebrate women’s achievements – not only because we’re all in need of some good news, but because there is plenty of cause for hope. Here are ten things that happened last year that prove change is always possible – even during a pandemic.

After years of tireless campaigning by activists, abortion was finally legalized in Argentina in December 2020. It is now legal in Argentina to have an abortion up to fourteen weeks, and at later stages in cases of rape or health risks. This law will save lives – for the past 30 years, unsafe abortions have been the leading cause of maternal death in Argentina.

What makes this development especially encouraging is the fact that, just eighteen months earlier, a proposal to legalize abortion was rejected by Argentinian senators. It was a crushing blow, but activists kept fighting. At the time Mariela Belski, Amnesty Argentina’s Director, described the Senate vote as “a stepping-stone, not a setback”.

The fact she was proved right just two years later should serve as an inspiration to others around the world. In low moments change might seem impossible, but it’s not. 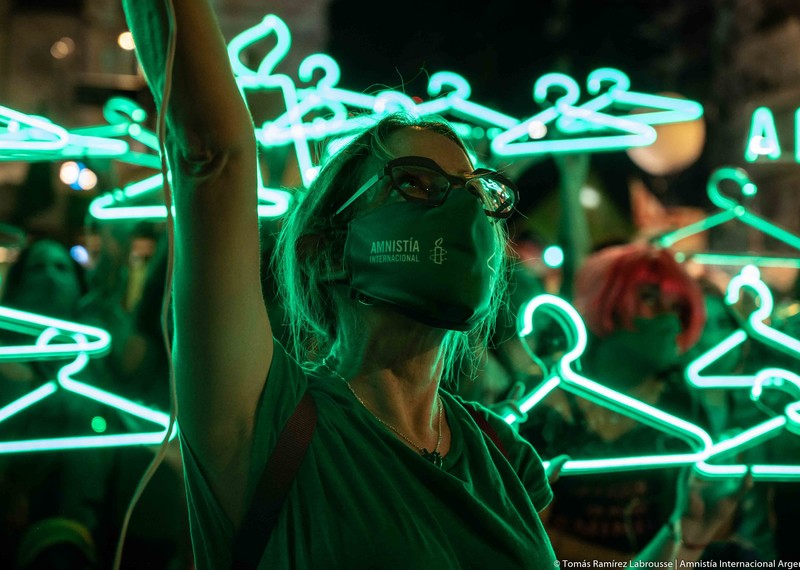 We need Argentina’s example more than ever. In the past year, several governments have taken draconian steps to restrict sexual and reproductive rights, often using the pandemic as a pretext for crackdowns.

In October, Poland’s highly politicized Constitutional Tribunal ruled in favour of a near-total abortion ban triggering mass protests by women’s rights activists across the country, while in January lawmakers in Honduras constitutionalized one of the harshest abortion laws in the world. And while some governments made changes to improve access to abortion during lockdowns, including through telemedicine, in many countries reproductive health care ground to a halt.

But women are not just waiting for their governments to do better; they’re taking matters into their own hands, by starting petitions, organizing protests, running workshops, and providing support and health care. For example, womens’ groups in Poland continue to protest, braving harassment, detention, prosecution and excessive use of force by police. Activists are planning to take to the streets on 8 March, and solidarity protests are also expected outside Polish Embassies or emblematic buildings in Europe, in solidarity with women in Poland and their right to bodily autonomy.

This activism can have real results, as we saw in January when abortion was decriminalized in South Korea, a decision prompted in part by the rise of the #MeToo movement in the country. And in Thailand, parliament passed a law to allow abortion in the first 12 weeks of pregnancy – a big step in a country where women could previously face prison for having an abortion at any stage of pregnancy.

3. Pregnant girls in Sierra Leone can return to school

In March 2020 Sierra Leone overturned a ban on pregnant girls attending school and sitting exams. Since 2015 many pregnant girls have been stigmatized and denied their right to education, damaging their prospects of future employment. The ban has now rightly been consigned to the history books – an important step towards equal rights to education. 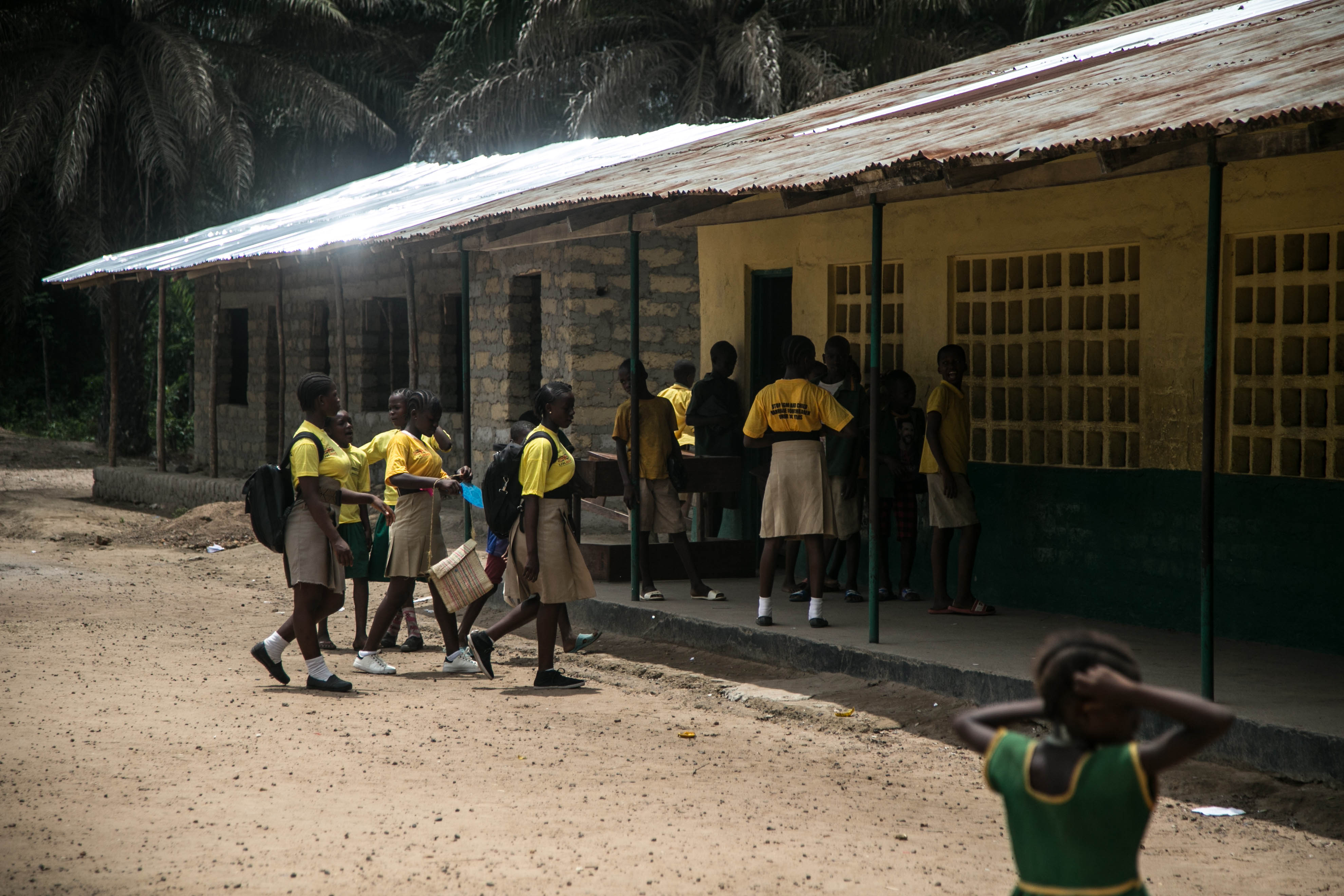 In December 2020, after years of campaigning by women’s rights and survivors’ groups, the Danish parliament passed legislation defining sex without consent as rape. Like most European countries, Denmark previously had antiquated laws which recognized rape only if there was physical violence, threat or coercion.

Kirstine, a journalist from Denmark, described how challenging it was to get justice after she reported a rape:

“The worst aspect of the experience was the focus by the police, the lawyers and the judge on whether there was evidence of physical violence: on whether I had resisted, rather than whether I had consented.” 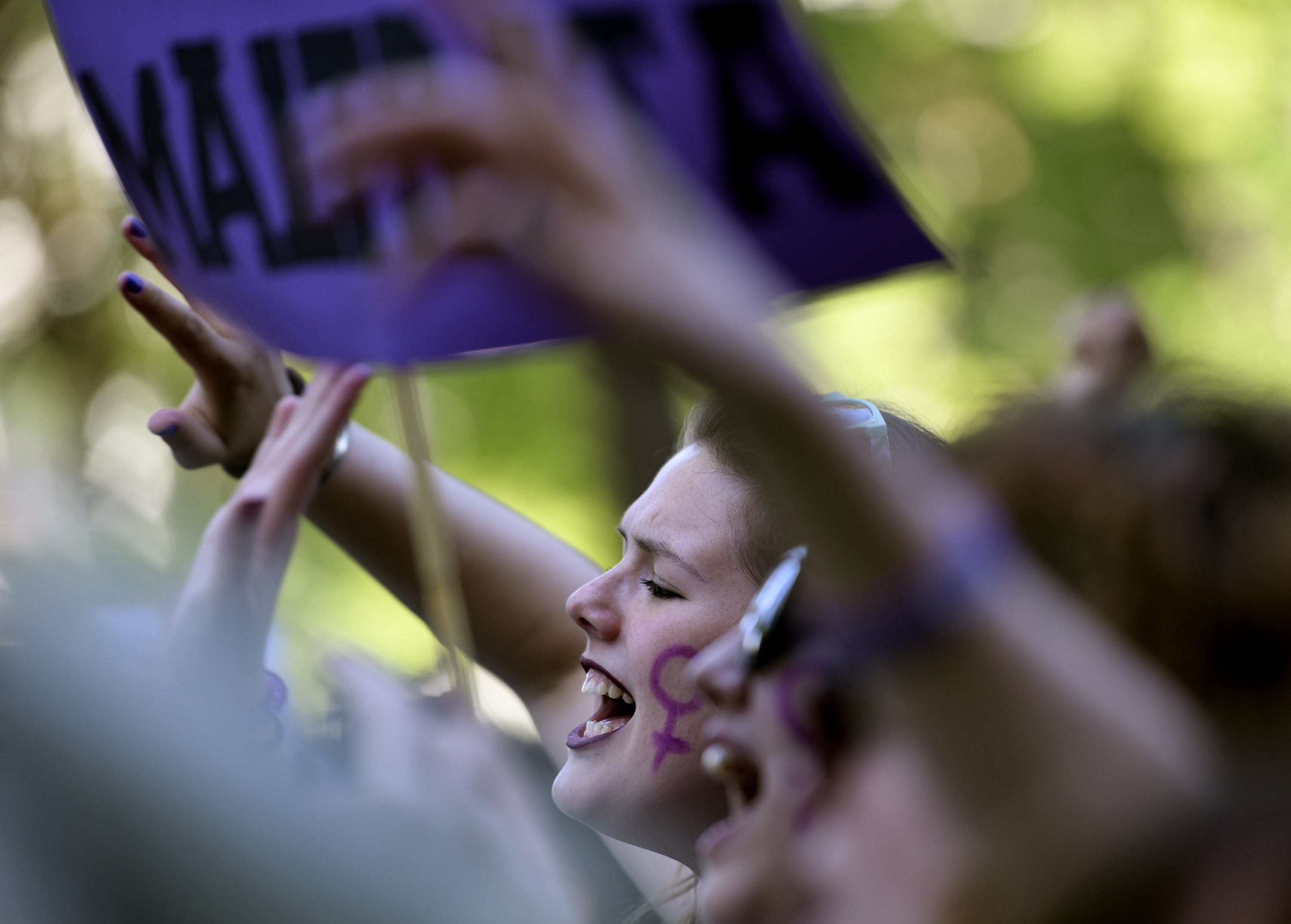 Other countries are making similar changes: in 2019 Greece amended its laws to recognize that sex without consent is rape; last year Croatia also changed its law, and Spain and the Netherlands announced plans to do the same. Changing laws won’t stop rape, but it’s an important step towards changing attitudes. Enshrining consent in law sends the message that governments take rape seriously.

The pandemic has been devastating for many LGBTI people. Existing obstacles to health care, employment and housing have been exacerbated, while lockdowns have forced many people to isolate in unsafe environments. But even in this troubling context there have been flashes of good news.

And two bills that aim to protect people from discrimination, including LGBTI people, are being proposed and discussed in Japan and South Korea.

These are crucial steps towards ensuring equal rights for all. Bit by bit, country by country, the picture is changing.

6. LGBTI rights in the workplace were protected

In June, the US Supreme Court ruled that LGBTI people are protected under the Civil Rights Act from employment discrimination on the basis of sexual orientation or gender identity. It provided a long-awaited recognition of LGBTI people’s equality under the law, and a much-needed rebuke to the Trump administration’s rollback of protections of their human rights.

For many trans people around the world, the pandemic has been a terrifying time. Closure of support services and exclusionary social protection measures have heightened the risk of violence and pushed trans people to the margins. In the absence of specific government relief or stimulus packages, many trans people have had to rely on assistance from others in the trans or wider LGBTI communities.

There are some heartening examples of trans activists and communities coming together to support those most in need, but activists shouldn’t have to step into the spaces where governments have failed.

Sudan has one of the highest prevalences of female genital mutilation (FGM) in the world, but in July 2020 the practice was outlawed. If the law is properly upheld, millions of girls and women will be protected from a lifetime of potential suffering.

In February 2021, Loujain al-Hathloul, one of Saudi Arabia’s most prominent women’s rights activists, was released from prison after almost three years.

Loujain was instrumental in overturning the ban on women driving, but by the time the law changes she was in prison for challenging male guardianship laws.

Loujain’s family, as well as human rights organizations around the world, campaigned tirelessly for her release, and are now seeking justice for Loujain and others who have been tortured in detention. Loujain remains on probation and under a travel ban.

“Loujain is at home, but she is not free. The fight is not over. I am not fully happy without the release of all political prisoners.”

Countless people remain behind bars in Saudi Arabia for their activism. True justice will only be possible when the government reforms repressive laws and starts holding torturers to account. But today, we should celebrate the fact that one of Saudi Arabia’s bravest advocates for women’s rights is out of prison.

9. The UK’s ‘tampon tax’ was abolished

In January 2021 the UK government abolished the “tampon tax” after years of campaigning by women’s organizations. Sanitary products had previously been classified as “luxury items” in the UK, meaning they were subject to 5% VAT. The EU is currently in the process of scrapping the tampon tax across all its member states.

10. Protests against gender-based violence were louder than ever

During lockdowns, rates of domestic violence soared worldwide. The pandemic has shone a light on the scale of the problem and prompted activists worldwide to take a stand. In 2020, we saw countless examples of women raising their voices to demand better protection from violence. In Namibia, protesters brought the capital to a standstill when they took to the streets protesting sexual violence and femicide.

In Turkey and Ukraine there were large protests urging government support for the Istanbul Convention (the regional treaty on violence against women and domestic violence), while millions of women across South America went on strike in March in protest against violence and inequality. 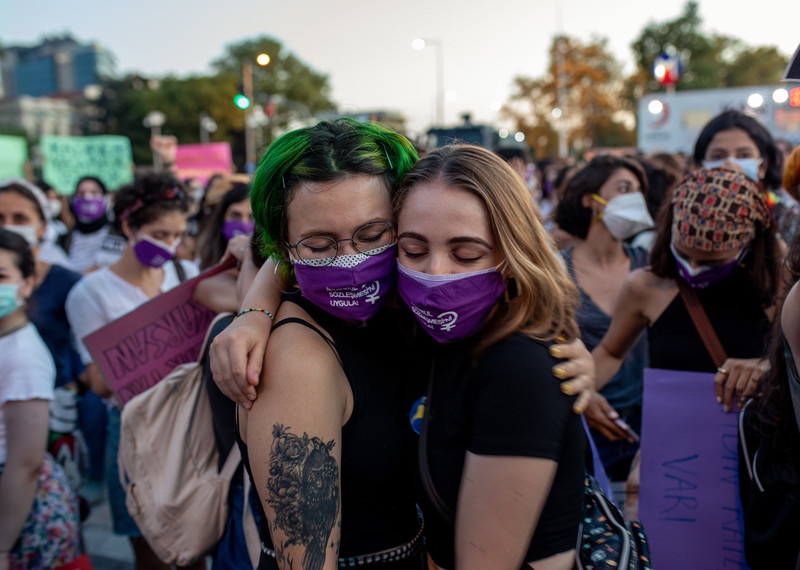 Accountability is essential for deterring perpetrators of gender-based violence, but you don’t need to join a protest to make your voice heard.

Amnesty International is campaigning for justice for Berta Cáceres, a Honduran rights defender who was murdered five years ago, and Popi and Bongeka, two students murdered in South Africa.

You can also add your voice to our campaign to protect Jani Silva, who has received death threats for her work defending the Colombian Amazon.