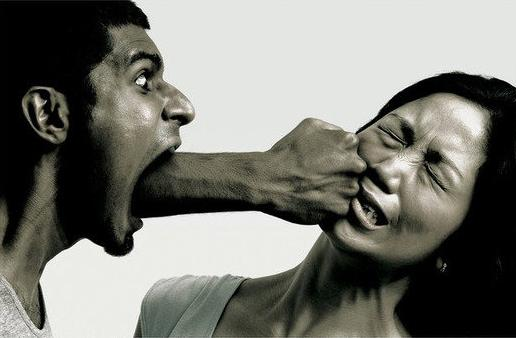 (22.01.17 / WAN) A woman candidate who was involved in election campaign activities in Wellawaya area of Monaragala District has been admitted to the hospital in a serious condition after she was brutally attacked. In Arayampathy Selvanagar of Eastern Province, a woman candidate’s house and the contents inside were damaged. A woman candidate in Puthukkudiyiruppu area of Mullaitivu District has been physically assaulted, kept locked in a house, and threatened to withdraw the complaint she made to the Police. Women candidates in Puttalam and other districts have been verbally humiliated by religious leaders and their families and have been subjected to revolting comments. Vulgar comments on women candidates and disgusting opinions on their race and religion are increasingly being shared in social networks and circulated leaflets.

The above mentioned are some of the most recent news reports of violent acts against woman candidates who are contesting in the upcoming local government elections. Apart from these, many incidents of physical and psychological assault on woman candidates that have not been reported to the police or the Election Commission are being reported through women’s organisations and activists. Women are subjected to more criminal incidents than men during elections, most of which are referred to as violence against women in elections. Such violent incidents can be defined as follows: The threat of harm or harm against women during the election period that are intended to cause confusion or impact on the independent and equal role of women in the electoral process. These include harassment, intimidation, physical harm, coercion, threats and financial pressures. Moreover, they can be made in private places or public places.

Election violence becomes a violent act against women when the time of the incident is related to the electoral circulation (e.g.: planning for elections, preparing for election, election campaign, etc.), and when it is aimed at a woman candidate, voter, election commission member, etc because she is a woman. Thus, all the above incidents fall into both gender-based violence and political violence categories. Such instances are doubly damaging because they harm the individual and undermine a peaceful democracy in Sri Lanka. Women continue to be subjected to subtle, silent, and hidden forms of violence, and as such these violent acts violate their rights and negatively affect the credibility of the election.

In 2016, a 25 percent mandatory quota for women in Sri Lankan local government was passed into law. This creates the possibility of a minimum number of 1,991 women from 341 local councils becoming locally elected members. The mixed electoral system introduced through the Local Authorities Elections Act mandates that 10% of ward nominations and 50% of the proportional list in the nomination paper submitted by a political party or an independent group should be allocated to women. Otherwise the nomination will be rejected. The number of members elected to 341 local councils, including 24 municipal councils, 41 urban councils and 276 Pradeshiya Sabhas, are 8356 members. Although 52 per cent of the total population in Sri Lanka is women, so far, their representation is 5.3 per cent in parliament, 4 per cent in provincial councils, and 1.9 per cent in local councils.

Violence against women is a key factor in preventing their political participation. Ethnic, religious, and cultural barriers, along with structural violence, persecution, sexual bribery, physical assault, threats to family members, financial pressures, warnings and threats from religious heads, vandalized media reports, humiliation in social networks, and open public challenges from people with patriarchal attitudes are what prevent women from participating in politics.

In post-war Sri Lanka, especially in the North and East minority community, women are engaging in this election with great enthusiasm. However, as usual, the patriarchal political community and religious groups are trying to nullify their political contribution by subjecting them to violence. While taking other countries, especially post-war societies into account, we observe that the political role of women is problematic and unacceptable. In our country where similar conditions prevail, we should be ready to face any obstacle in our way with the help of the law and the society and should never allow gender, race, religion, caste, and party-based discriminations to limit our progress and political participation.

Video clips of Moulavis Niyas Siddiqi Siraj and Murshid Abbasi verbally attacking Muslim woman candidates and their family members in a disgusting manner for their recent campaign speeches in Puttalam have gone viral in social media. The Moulavis preached their own opinions, for example, ‘Men can never be administered by women.’, and ‘Women are only for performing household duties and to look after their husbands and children,’ They cast these as teachings from Quran in their degradative speeches and used words that violate human dignity such as, ‘Husbands and family members of these woman candidates should be ashamed of them.’

It is a painful and problematic fact that so far, none of the political parties these woman candidates belong to, the police who are responsible to uphold the law, the Election Commission, or any political party leaders have condemned the open, public, and disgusting hate speech towards woman candidates or verbal and psychological violence by men with religious and political backgrounds towards them. Their silence makes one question whether women’s participation in politics is truly welcomed, or merely a formal act.

In November 2017, President Maithripala Sirisena launched a national campaign to strengthen women’s participation titled ‘Women for Change’. Speaking at the launch, the President said, “In order to establish a better country, better society, and to establish a society with love, compassion and moral values, it is important to focus on the representation of women to take the lead in such a society. (…) We need not only to bring patriarchal but also matriarchal values, ideas and concepts, suggestions to create an ideal society.” Nevertheless, women candidates have been subjected to different kinds of violence and the religious leaders and politicians acting in a way that affects their family’s honor has created a situation where women cannot play their part in politics with freedom and self-respect. Complete electoral safety goes beyond physical and armed violence. It means creating an environment in which all individuals could use their political rights freely and justly. The Women Action Network reiterates that the 25 percent mandatory quota for women in local government should not only be nominal. It must be an obligation for the present government, the President, and the electoral structures.