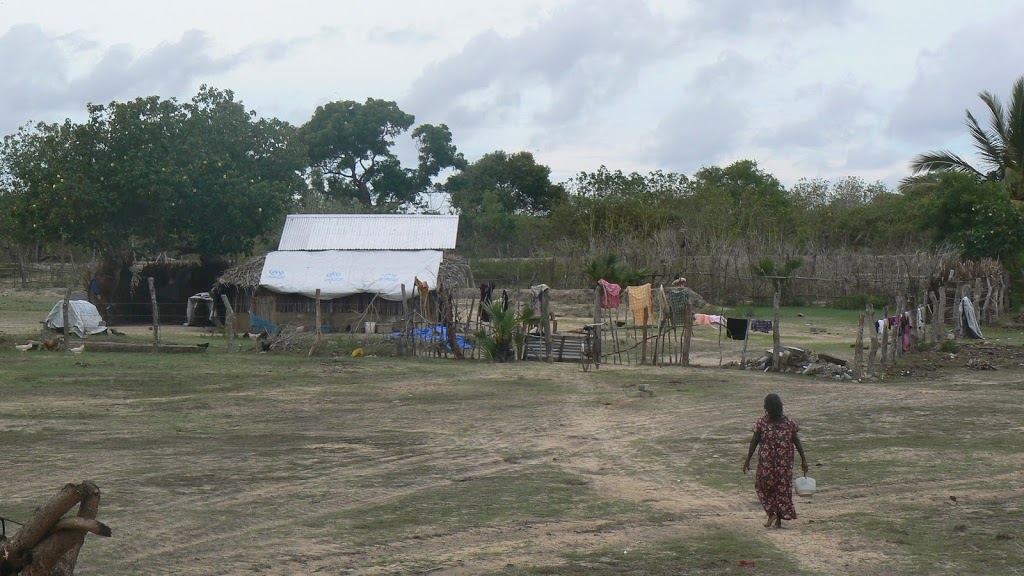 M. Thiyagarajah
With all the media focus on the militarization of the Northern land, some issues of bread and butter concern have escaped the attention. The damage inflicted by the three-decade old Tiger insurgency was extensive.
The fact that it is not easy to make the area turn a corner has made the issue nobody’s case.
A lot of effort is needed and the effort must be followed by careful planning. Neither of these priorities is visible and as of now, the rural Tamil North is years away from development.
Private capital could have brought a change, but it is nowhere in sight. Apparently the private sector is in a ‘wait and see’ mode unsure of the incentives and returns. The government should put its act together instead of indulging in the pastime of chasing the phantoms in the Palk Straits and the Indian Ocean.
Housing is as much a priority for the war ravaged people as agriculture and basic amenities like hospitals, schools, roads and other communication facilities. The ranks of jobless are swelling by the day and most of them are not skilled workforce.

It is not easy for them to make a living. Letting the situation drift is an invitation to social unrest and to a new set of troubles, which again bring up the questions: Hasn’t the post-war enthusiasm outlived its shelf life and is it not time for back to basics.

A series of reports by IRIN, a humanitarian news and features service of the UN, has offered a reality check these past few days. It is not complimentary, though the tone and tenor of the reports are generally friendly to Sri Lanka, which comes as a pleasant surprise.

The reports clearly bring out the unvarnished truth that official agencies are concentrating on towns and along the highways, which are easy to showcase. Put differently, the development model is urban centric, like in the past, to the exclusion of the countryside.

Take the case of Atumagaskoda village, which IRIN cites. It is six kilometres from Vavuniya but had no road till the first week of October. Frustrated local people closed ranks to clear the wild growth and laid a road to let vehicles in.

There are many more such villages all over the North, where people are left to bank on self-help as the post-war spending spree on infrastructure has just simply ignored them. Pumping in of money appears to have given birth to a thriving and lucrative enterprise that benefits the settlers and this phenomenon is creating a new resentment but nobody seems to care as of now.

More than uneven development, people want daily wage work. But there is no work in village after village. Around 80% of the households are dependent directly or indirectly on agriculture, and fisheries. There are no agro and fishing hubs and the bulk of the produce goes out unprocessed.

The jobless elders and youth have only two alternatives – either look for short cuts for a living or migration to nearby urban centres to eke out a living. Since the towns in the North are unable to support their own unemployed, these people have to trickle down to Colombo, which is an invitation for the creation of new ghettos, or they must become the new age boat people. Neither prospect is in Sri Lanka’s interest.

Low population density in rural North is a reality and it should not be held against these villagers. Historically, business and government always prefer the highways for economic activity. The post-war scene should be the opportunity to break out of this mindset and make the villages to boom.

The government is doing a great disservice to itself and the people with its excessive exuberance for automation/mechanization of whatever work is taken up. Machines can do a job better and with speed, no doubt, but every machine that is brought in means loss of more jobs for the locals since they are mostly unskilled. And it is a gain for the skilled workforce from the South.

As stated already, this generates resentment when the crying need of post-Wanni War is social and ethnic harmony. Since this requirement is getting no more than lip sympathy, it leads to the inescapable conclusion that rapid development too has become a vehicle for demographic change in the North.

With unemployment rate as high as 20% and underemployment hovering at around 30%, (national jobless rate is four per cent) the Northern Sri Lanka sitting is atop a new volcano. Ignoring social and political stability and livelihood development but changing demographic character is a short-sighted policy.

Only politicians, who cannot see beyond their nose, or who have no accountability pursue such policies. Uneven development and lopsided priorities in development are an invitation to political suicide in a country where ballot decides the accountability of the executive. Sri Lanka needs a paradigm shift in its approach to men and matters.

President Mahinda Rajapaksa has remained the proverbial commoner, the nation hopes therefore to see a course that brings sunshine to the lives of marginalized people. The President made an aerial survey of the erstwhile war zone on 25 September.

He flew over the area in a helicopter. It enabled him to see for himself how post-war reconstruction has not touched the villages, and how it is ending up in creating rich islands and southern enclaves in a damage-strewn landscape.

Clearly, what Sri Lanka needs is no security pacts but investment pacts from Pakistan to China and beyond. Colombo’s fixation with Islamabad is its diplomatic headache but makes no difference to the jobless Tamil Hindu and Muslim, if it brings in Pakistani Rupees to infuse life into the dormant cottage and small industries, which by their scale are no competition to a Hambantota but mean a great deal to the locals as they can find livelihood in their own places. But what Pakistan can do for Sri Lanka when its cottage industry is gun manufacturing and its small and big industry is China driven?