Will the Tamils Lose the Plot Again? 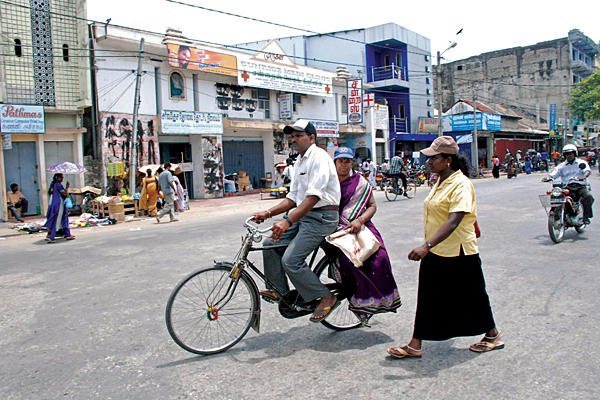 Much has happened in the space of three months. Soon after the Eastern Provincial Council election came the Divi Neguma bill and the subsequent calls for the abolition of the 13th Amendment. The impeachment motion against the Chief Justice and the recruitment of Tamil women to the military followed before the Maveerar Naal (Heroes’ Day) incidents in Jaffna. It would seem that the government is bent on creating chaos and fear.

The Present State of Affairs
In response to the negative Supreme Court verdict on the Divi Neguma bill, the government did two things: it unleashed a strong call for the abolition of the 13th Amendment to the constitution and set the wheels in motion to impeach the Chief Justice. It is highly unlikely that the company of Gotabaya, Wimal and Champika made a spontaneous decision to go public with a demand that strikes at the very heart of power devolution: it is a collective decision and the orders must have come from the very top. Abolishing the 13th Amendment, of course, is a long standing agenda of the Sinhalese extremists. But, the time at which Gotabaya Rajapaksa launched the offensive is what demands attention: the government shrewdly diverted the attention of the Sinhalese from the motives of the Divi Neguma bill to separatism. By issuing statements like ‘the TNA is attempting to accomplish what the LTTE failed,’ the government succeeded in evoking the ghost of the LTTE in the minds of the southerners.

It is plain that all protocols pertaining to recruiting for state service were bypassed in the recent conscription of Tamil women to the military. Two questions are worth asking: a. why recruit more to the military three-and-a-half-years after the end of war? b. why recruit women? The government has intentionally kept the Vanni people from returning to normality by limiting livelihood opportunities and robbing them of their lands—the most precious asset for the majority of the people. By preventing the war affected people from actually ‘settling,’ the government has prevented them from mobilising for any common cause, let alone a political cause; everyone in the region is busy thinking about the next meal.

The actions of the government’s Muslim allies, the Company of Rishad, Udumalebbe and Hisbullah, have deepened the division between the Muslim and the Tamil communities.[1] In addition to this, the government has been active Sinhala-izing—creating Sinhala settlements, maintaining a heavy military presence and building Buddhist stupas—the North and the East. There are already many disputes over national resources between the Tamils and the other two communities, and the problems will only get exacerbated with time. Through the impeachment motion against the Chief Justice, the government has sent a strong message to the judiciary: it would be a surprise if any member of the judiciary plucks up enough courage to rule against the Rajapakse bandwagon. The Courts would henceforth be the last place a Tamil would to look for justice.[2]

In forcibly entering the university hostels or in quenching the protests that ensued the next day by using force the army did nothing to improve its reputation: it did the opposite. On the surface, the way the government handled the Heroes’ Day incidents may seem like a mistake or an act of folly. It is not so. The government anticipated what happened on the 27th: military intelligence was present in areas surrounding the university and the hostel starting from Sunday (25th). Thus, it is clear that the army and the police had ample time to evaluate their modes of intervention; if indeed intervening was necessary. Yet, the forces resorted to barbarian conduct. What is even more interesting is the way the military has followed up on the incident. Many student leaders have been arrested on suspicion of—guess what—engaging in acts of terrorism. If the fears the Divi Neguma bill evoked in the minds of the Sinhalese were shadows, the way in which the state media is reporting the whole saga must make such shadows real.

What is obvious is that the government is intentionally toying with the Tamils. And what we are left with is a powerless Tamil community that is oppressed from all corners, and importantly with no avenue for justice—very similar to the university students of Jaffna. Frustration would build up and with a few encouraging words it could easily translate into a violent response. Surely this regime would love that; perhaps that is what it wants. Amidst all the chaos and fear, the real issues like reaching a political settlement, accountability, poverty and corruption will, naturally, be forgotten. The Rajapakse Brothers will continue in their merry way.

What remains to be seen is the response of the Tamils. Will they repeat the mistakes of the past? Or will they do things differently?

[1] Tamils, of course, cannot blame the Muslims here, for they are directly responsible for the origin of the division.
[2] It must be noted that anyone who doesn’t agree with the regime, regardless of his or her ethnicity, will be treated like an enemy. As the title suggests, this is just an evaluation of how recent developments impactthe Tamils.
GV
Share
Facebook
Twitter
WhatsApp
Pinterest
Email