Will The 48 hour Detention Law Improve Investigations or Increase Torture? 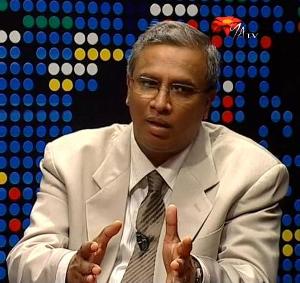 “To bereave a man of life, or by violence to confiscate his estate, without accusation or trial, would be so gross and notorious an act of despotism, as must at once convey the alarm of tyranny throughout the whole kingdom; but confinement of the person, by secretly hurrying him to jail, where his sufferings are unknown or forgotten, is a less public, a less striking, and therefore a more dangerous engine of arbitrary government”…..… Sir William Blackstone
On Tuesday, 22nd January 2013, Parliament will take up for debate the ‘Code of Criminal Procedure (Special Provisions)’ Bill. This legislation which will, among other things, enable the police to detain a person who has been arrested without a warrant for 48 hours before producing her/him before a magistrate has resulted in serious widespread concern amongst political groups, human rights group and the legal community.

If enacted, this legislation will amend the law which at present permits the police to detain a person arrested without a warrant for up to 24 hours before producing her/him before a Magistrate.

Every person held in custody, detained or otherwise deprived of personal liberty shall be brought before the judge of the nearest competent court according to procedure established by law, and shall not be further held in custody, detained or deprived of personal liberty except upon and in terms of the order of such judge made in accordance with procedure established by law.

In addition to the Sri Lankan Constitution, the proposed law also flies in the face of international law by which Sri Lanka is bound.

3. Anyone arrested or detained on a criminal charge shall be brought promptly before a judge or other officer authorized by law to exercise judicial power and shall be entitled to trial within a reasonable time or to release…
Originally, the law permitting the police to detain a person who has been arrested without a warrant for 48 hours before producing her/him before a magistrate law introduced on the 31st of May, 2005. The application of this law, however, was restricted for a period of two years.

According to the law, in order for its applicability to be extended the subject minister was required to seek such extensions by Parliament through gazette notifications one month prior to the expiration of the term of the law. On the 8th of September 2011, Minister of Justice Rauff Hakeem unsuccessfully sought parliamentary approval for the extension of this law. Parliamentary approval could not be obtained at that time as the law had already lapsed in 2009. The government then however, decided to make this a permanent law instead of renewing its validity every two years.

A blow to democracy or improving the justice system?

The implications of such a law on human rights, individual liberties, and by extension democracy itself are clearly evident and need hardly be enumerated. There can be no justification for this significant increase of a time period where the plight of an individual arrested without a warrant is indeed ‘unknown or forgotten’. Any attempt to justify such a legal provision by the claim that it provides the police with better opportunity to conduct investigations concerning the arrested person can only fail in light of the failure to address glaring problems relating to police investigations which have clearly resulted in serious concerns relating to the justice system.
One of the most apparent of these failures is the lack of proper investigative training of the Sri Lankan police force. In order to conduct investigations effectively, Sri Lanka’s police must be effectively trained and able to conduct investigations both effectively and in accordance with accepted Human Rights standards. Increasing the time for which the law permits a person arrested without a warrant to be detained in police custody can hardly contribute to effective police investigations if the police are not given basic training in which to carry out investigations during that time!

Yet another key step to improving both police investigations and the justice system as a whole is the long sought after introduction of an effective and comprehensive witness protection law. Until and unless witnesses are provided with the proper legal protection and security, the investigative process will suffer the serious drawback of their silence.

Any serious attempt to improve the criminal justice system of Sri Lanka must necessarily begin with efforts to address the problems discussed above. Even if such steps were taken, one would be hard pressed to justify the serious infringement on personal liberty that the ‘Code of Criminal Procedure (Special Provisions)’ Bill seeks to enact. With absolutely no serious efforts being made in this regard, such a claim can only ring hollow.

The introduction of the ‘Code of Criminal Procedure (Special Provisions)’ Bill is made even more sinister by the prevalence of police torture in Sri Lanka. With torture techniques seemingly the foremost tool of ‘investigation’ used by police forces, the 48 hour detention law can only aid in ‘police investigations’ in a manner so unspeakably atrocious, it does not bear thinking about. In light of this, unless and until the police are given adequate and appropriate training in effective and proper investigative mechanisms in keeping with accepted human rights standards, not only is the introduction of the 48 hour detention law unnecessary, but downright dangerous.

The implications of the 48 hour detention law are indeed grave for all citizens of Sri Lanka. However, the implications this has for residents of Jaffna can hardly be ignored, especially in light of the recent spate of arrests there. The Human Rights Commission in Jaffna was reportedly flooded with complaints in recent weeks from distressed family members whose relatives were arrested by the police on ‘suspicions’ of being ex LTTE cadres. These intensive operations carried out by the police included the arrest of students of the University of Jaffna.
Government claims of having liberated the North from the grip of terrorism will mean little to residents living with the constant fear of the arrest of themselves or their loved ones, more so with a law that permits 48 hour detention prior to being produced before a Magistrate.

Clamp down on individual civil liberties during a time of ‘Peace’?

It cannot be denied that the most zealous claims that an era of peace has now dawned upon the nation comes from the government and its allies. And yet, it is from those very same quarters that a bid to enact the 48 hour detention law comes as well.

Even during the height of the armed conflict the law permitting police to detain those arrested without a warrant for upto 48 hours before producing them before a Magistrate was only operative for two years at a time. And now, during an era in which the government claims to have stamped out the threat of terrorism in Sri Lanka, it in the same breath proposes to enact the very same law, with absolutely no time limit on its operation.

In light of the considerations raised above, such a law could hardly be justified during the war. With the war ended, any claim to justify an even more serious infringement upon the right of individual liberty can only be laughable.
Claims that a time for reconciliation has now dawned must be proven with action. Such action must necessarily exclude the introduction of dangerously oppressive laws stifling the personal liberties of citizens.

The attacks on Sri Lanka’s justice system, democracy and the Rule of law in recent times need no enumeration. Enactment of a law permitting a 48-hour detention of those arrested without a warrant before producing them before a Magistrate can only be a further blow on an already crumbling democracy.
Courtesy – DBS