Why the Presidential Task Force on archaeology in Eastern province has no Muslim or Tamil? 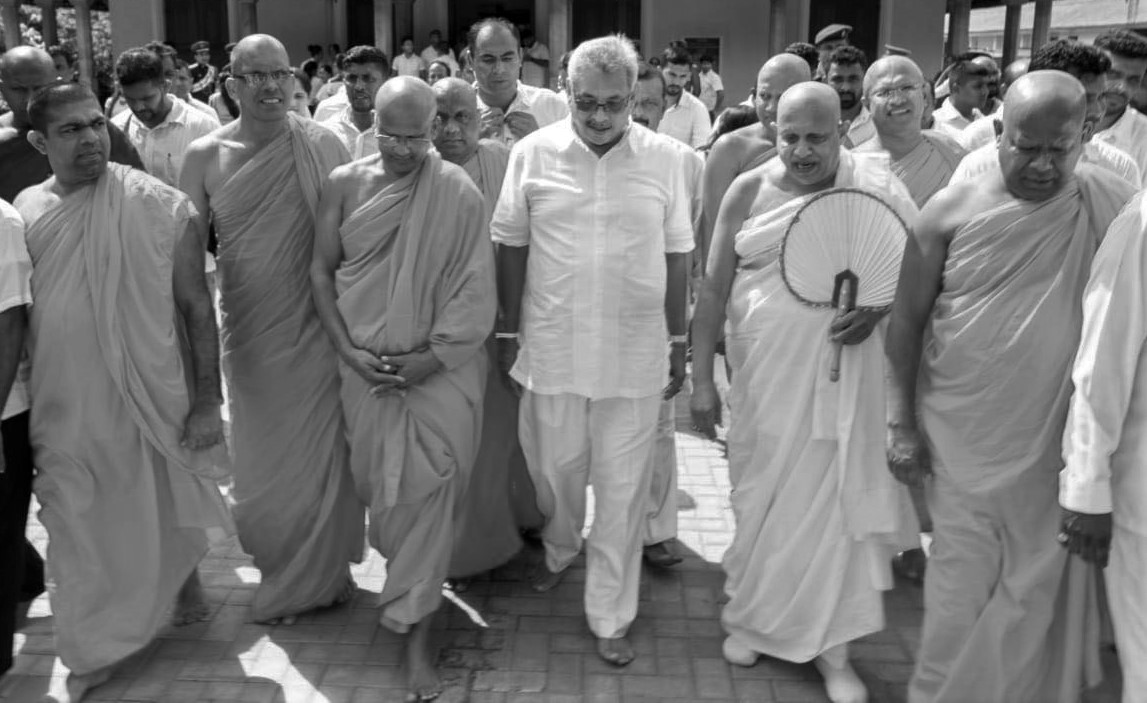 Colombo, June 4: The Presidential Task Force for Archaeological Heritage Management in the Eastern Province, which was gazetted on June 2, has no Tamils or Muslims even though Tamils and Muslims together constitute two-thirds of the population of the province.

Secondly, the Task Force has a number of Sinhala-Buddhist monks but no representative of Hinduism or Islam. Thirdly it has been placed under the Secretary of Defense, who is a retired Major General – Kamal Gunaratne.

The following are stated as reasons for the President’s decision to appoint the Task Force and its members: It is the responsibility of the government to preserve the historical heritage of Sri Lanka and preserve it for future generations, as stated in the policy statement “Vistas of Prosperity and Splendor.” Sri Lanka inherits a great and proud history and a country’s archaeological heritage is the source that builds the uniqueness of such a nation and reflects its historical evolution. There is a growing danger that these heritages are becoming degraded with time due to natural and man-made actions. Sri Lanka has entered into various conventions, both nationally and internationally to protect such heritage.

The Task Force is the brainchild of the Buddhist Advisory Council (including the Mahanayakes). It appears to be aimed at ensuring the hold of the ruling Sri Lanka Podujana Peramuna (SLPP) on the Sinhala-Buddhist constituency in the Lankan parliamentary elections to be held in a couple of months.

Making the Defense Secretary, who is a former Major General, chairman of the Task Force, conveys the political message that any decisions taken by the Task Force will be enforced in military-style. This gives the Sinhala-Buddhist nationalist lobby confidence that the Gotabaya government means business. This lobby believes that a manifest show of toughness is called for because Tamil nationalists (not just the pro-LTTE Eelamists) consider the North and East as their “Traditional Homeland” which had been encroached upon by the Sinhala-Buddhists in the post-independence period through systematic “colonization”.

Asked if there are no Tamil or Muslim archaeologists in Sri Lanka who could have been included in the Task Force, renowned archaeologist of Kelaniya University Prof. Jagath Weerasinghe said that there are at least ten Tamil archaeologists some of whom are working in Batticaloa. He added that the non-inclusion of experts from other ethnic or religious groups was probably due to the existing national agenda to promote the interest of the majority community through an appropriate historical narrative.

Prof.Weerasinghe further said that archaeology cannot be divorced from the present and seen only as a story of the past. It is at once contemporary and historical, he said. What is being done in Sri Lanka is to ignore the present and construct a past using archaeology to do that. In other words, those people (ethnic or religious groups) who currently reside in the archaeological sites are wished away though they may have been living there for centuries.

He disapproved of the government’s practice of bulldozing its away into archaeological sites ignoring the needs of the locals. No good archaeological work can be done without the cooperation of the people living in and around the sites, he insisted.

Weerasinghe recalled that when the famous archaeologist Prof. Senake Badaranayake wanted to excavate in Ibbankatuwa in Dambulla, the Sinhalese who were living there would not part with their land. They even threatened to kill anyone who dared to touch their land. “They were eventually won over, but it took all of thirty years to finish the project successfully,” Weerasinghe said.

He was also surprised that the Presidential Task Force does not include senior and well-known archaeologists like Shiran Deraniyagala. He also mentioned a Sri Lankan archaeologist who has excavated in China.