Why only tourism and roads get a priority, not education? An Interview with FUTA President 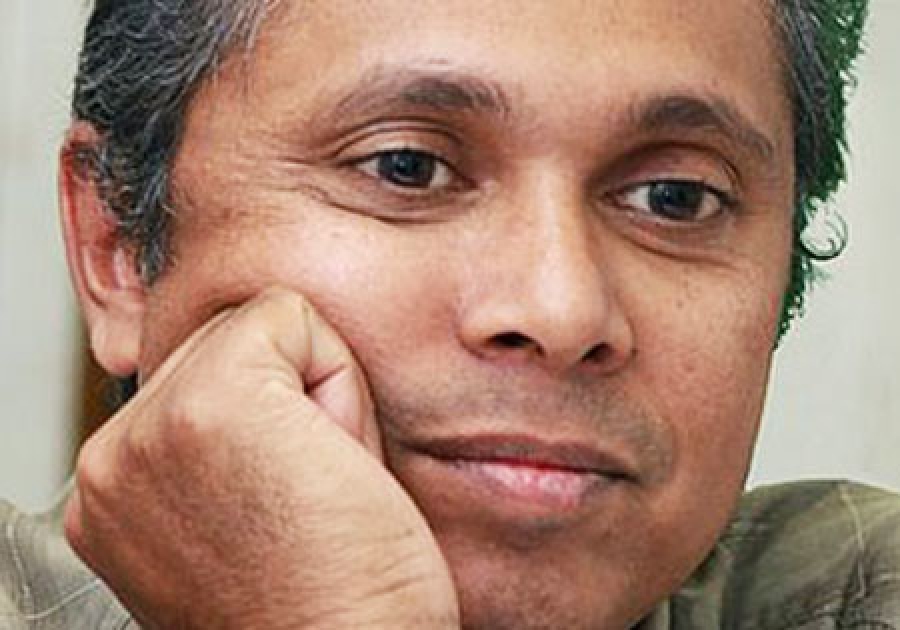 The strike action by the Federation of University Teachers Associations (FUTA) started on July 4 is still continued and discussions and efforts taken to meet their demands so far have been failed.
Higher Education Ministry and University Grants Commission (UGC) had stopped their July salaries and last Wednesday (22), they closed the universities indefinitely except the medical faculties.
Meanwhile, the FUTA organized a public rally in Colombo to show their strength and they had succeeded in gathering a massive crowd to Colombo that resulted in blocking several roads. Here, the President of the FUTA Nirmal Ranjith Dewasiri speaks to The Nation.

Q: You had several rounds of discussions so far. We saw the FUTA was meeting the President’s Secretary Lalith Weerathunga. Later a discussion took place with the Economic Development Minister Basil Rajapaksa. However, we do not see any meeting with the directly responsible parties – the Higher Education Minister or the UGC. Why? How about the progress of discussions you had with other parties?

A: The discussion we had with the Minister Basil Rajapaksa was most successful. He realized and accepted that we have an issue which should be addressed soon. But, the most pathetic picture here is the ministry and the UGC were in another agenda which always pretended that university lecturers did not have an issue to be attended. It worsened the issue. Anyhow, the discussions we hade with the government delegation led by Minister Rajapaksa brought both the parties to a point where the present crisis could be sorted out. We still believe that the same delegation will be able to find a solution. We do not have any belief in the Ministry, Minister or the UGC any more.

Q: Government says it has met many of your demands, why the FUTA is still stick to the strike action?

A: It is very simple to understand. The Higher Education Ministry or the University Grants Commission has not taken a single genuine effort to solve the issues faced by the university lecturers for a long time. We have been pointing the issues for a longtime, but no one attempted to redress our issues. Today they have come to the peak. I’ll tell you frankly. The Ministry and UGC became so arrogant with our grievances; they did not listen to us carefully even. Who says that they have sorted out the university teachers’ issues?

Q: Government or UGC had some plans to increase your salary in two stages. 16% increase from July this year and another percentage in October. Why do you reject this plan?

A: At the very first meeting with Minister Dissanayake he admitted that the University teachers have a genuine question and agreed to solve it. But we saw his attitude was changing. We raised same issues in July 2011. We were given a lot of promises, but nothing positive took place.

In 1970s the salaries of the university academics, Central Bank employees and members of parliament were the same. Earlier, Academics were getting a higher than anyone else. Presently the situation has completely changed and academics are getting low salaries. We can’t recruit clever and bright personnel and we can’t ask senior lecturers to retain in the job. They look for lucrative employment opportunities in other sectors.

What the government has planned now is not what we requested. At least they should have come for the salary structure of Jifry-Malik proposal. As I told you, Minister Dissanayake agreed that academics should be accepted as a special category with the issues such as salary and allowances. He was very supportive with the idea in 2010. But, the issue still lies as it was.

Q: Is salary issue the main issue FUTA had?

A: Yes, salary issue is the main concern, but we have several other demands as well. University autonomy and enough funding for the education sector are among them. Political influence on university appointments had affected the quality of university education. From the appointment of a vice chancellor to a university, politics is there. It creates only negative results.

Academics were not consulted in general issues that were introduced to the university proceedings. For an example, the government brought a leadership training program without any consultation with the academics. An MoU has already been signed to conduct CIMA courses inside universities. The latest we heard was “no English and ICT training for the new batch which is to enter universities”. This is very bad and it should be changed immediately.

A: Well. That is right. The government has drastically reduced its allocation for the education. When the war was going on with the LTTE, the government spent more than today. At present we do not have a war. Therefore, we should be able to allocate more funds for the education. Unless you spend for the education, the talented academics will not retain in the service and country’s education will drive to a very alarming situation. We do not want to witness such a situation.

As you questioned, what the UNESCO said was “public expenditure” and they did not mean the expenditure by parents for their children as the Minister Dissanayake says. There is a clear decline for the education since 2005. Minister shows figures to prove the amount has been increased annually. At the same time, he does not say the amount was increased due to the increased number of recruitments. He never explains the allocation as a percentage.

Q: The Government has already shown that the difficulty of allocating more from the GDP as it has to pay the salaries as well as huge loans taken for the development activities?

A: Well. I am not saying to cut the allocation for health or any other sector and channel it to education. But the government’s attitude on priorities must be changed. Further, I do not talk about the income or income generation. But the government has an utmost responsibility and accountability to control the expenditure factor. Why only billions of loans for a road construction project or a tourism project? The same treatment should be received for the education sector too. That is our argument.

Q: How do you see the government’s decision to close down the universities and why do you go for a mass rally in Colombo?

A: Hyde Park meeting was not arranged suddenly. FUTA has planned to address all of its membership over the latest situation and to make a forum for its supportive trade unions as well as for other associations and groups to meet together. Higher Education Minister thought that we might bring the university students for our rally and he wanted to stop it. That is the secret of closing down the universities suddenly. No other valid reason for it. You can interpret our rally in Colombo as an effort of showing our strength. Our effort was a great success and that was more than we thought. You might have seen it over the media.

Q: You have allegations that research allowance is received by all except quality researches. No publications of such researches. Why?

A: The amount paid for a research is not enough to do a quality research. That is very well understood by all. It is partly with our problem. We can’t even think about a publication of a research since it is highly unbearable. On the other hand, we can’t expect everyone to do quality researches as there is no attractive way to retain the talented in the university system.

Q: What would be your major demands in a meeting with the government delegation to end the strike action?

A: I don’t like to take the demands in numbers. But a certain consensus by the relevant officials would do. The present crisis has been created by the deaf ears of the Ministry, Minister and the UGC.

Q: If the government says “not 6% from the GDP, but it can consider an increase” and the same answer for your salary issue, what will be your reaction?

A: We can’t predict it now. But, we need a reliable, trustworthy friendly assurance at least to identify our issues. Then only we can come to a ‘win win situation’ as President Mahinda Rajapaksa has informed us. Now the ball is in the government’s court and we are waiting to see how their serve is. Genuinely, we do not want to put the country’s education in a catastrophe.

Q: Does your ‘win win solution’ include the salary for the month of July in which you all refrained from academic activities?

A: Definitely yes, we should be paid the salary for the month of July. It is a must. We all have obligations. So far not a single member has complained about their grievances, but we have to be realistic. Further, no one should be penalized by the university heads or the Ministry just for being a member of the FUTA or joining in the strike courtesy: The Nation