Why didn’t they tell Sirisena that? – Dr Nihal Jayawickrama 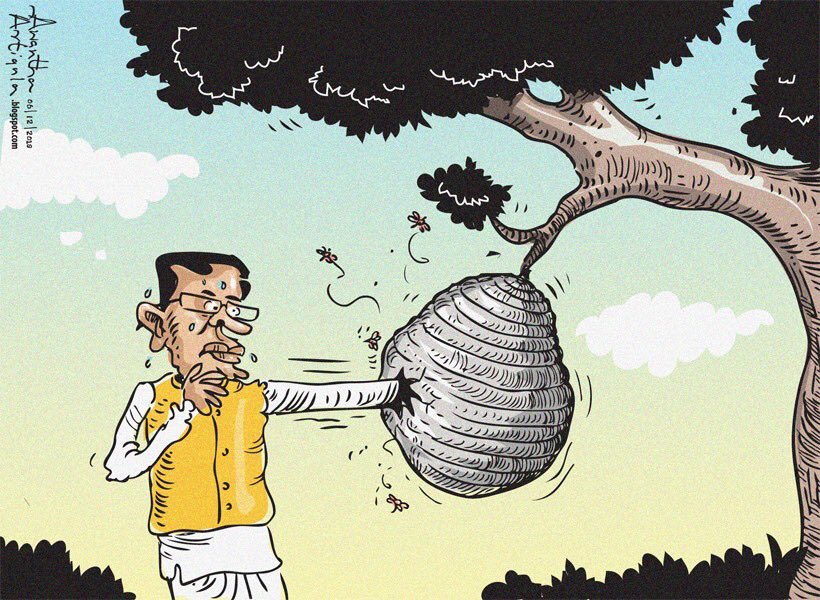 The President appears to believe that he still possesses the full executive powers he derived from the Constitution when he was elected to his office in January 2015. Three months later, he sat during a tumultuous session in Parliament and witnessed the passage of the 19th Amendment to the Constitution, introduced by the Government of which he was the Head.That Amendment removed all his executive powers except three which he still enjoys: the power to appoint ambassadors, the power to appoint ministry secretaries, and the power to appoint provincial governors. Even these cannot be exercised by him unilaterally. For example, the Foreign Minister has to seek the “agrement” of the receiving state before he could name an ambassador. Why didn’t they tell him that?

The President believes that he has the power to remove the Prime Minister. Yes, he had that power, but once upon a time. The 19th Amendment explicitly repealed that power. Why didn’t they tell him that?

The President believes that he can decline to appoint as Prime Minister the Member of Parliament who “is most likely to command the confidence of Parliament” even after an absolute parliamentary majority has identified such a Member. Why? Because he does not like him and thinks he cannot work with him. The Constitution does not state that the President must like, love or adore such Member. The Prime Minister is not the President’s employee. Why didn’t they tell him that?

The President is required to determine the number of Ministers, but the 19th Amendment says that the total number of Ministers shall not exceed thirty. The number that the President determined in August 2015 was well in excess of that. He could have exceeded that number only if the party that secured the highest number of seats in Parliament formed a “National Government”. A National Government is defined in the 19th Amendment as a Government formed by such party “together with the other recognized political parties”. A UNF- UPFA Government (leaving out the TNA, JVP, etc) is a coalition government, not a National Government. Why didn’t they tell him that?

The President believes that he can dissolve Parliament at any time. Once upon a time, he could have done that. Today, the 19th Amendment states that he can do so only in the last six months of Parliament’s five-year term. If he wishes to do so earlier, he needs to obtain the consent of two-thirds the membership of Parliament expressed in a resolution to that effect. He believes that the general power to dissolve Parliament included among his powers and functions enables him to exercise that power at any time. He is obviously unaware of the rule of law that a general power is circumscribed by a later provision that specifies how (by proclamation) and when (after four and a half years) that power may be exercised. Why didn’t they tell him that?

The President believes that he can ignore three repeated resolutions of Parliament expressing a lack of confidence in the “Government” of Mahinda Rajapaksa. Article 48(2) of the Constitution states that if Parliament passes a vote of no-confidence in the Government, “the Cabinet of Ministers shall stand dissolved”, and the President “shall appoint a Prime Minister, Cabinet Ministers, and Deputy Ministers”. He has not done so for several weeks and, acting utterly irresponsibly, has thereby introduced an anarchic situation into the country. This country belongs to all of us who live in it, and not to a single individual who appears to believe that he can act according to his own whims and fancies. Has no one told him that?

-The Island (original Caption: Why didn’t they tell the President? )