Why Christian persecution is worrisome in Sri Lanka 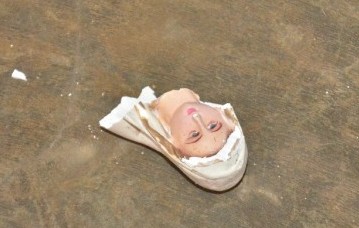 World Evangelical Alliance
Four years after its military victory over Tamil Tigers, Sri Lanka appears to be seeking to establish social and political supremacy of the Sinhala Buddhist majority within a unitary state, instead of bringing about reconciliation. And this post-war resurgence of nationalism no longer threatens only the Tamil ethnic minority, but also religious minorities, particularly Christians and Muslims.
While attacks on Muslims have hit the headlines in some foreign media in recent months, the increasing incidence of Christian persecution has received little attention internationally.

The Bodu Bala Sena (Buddhist Power Force or BBS) and the Sinhala Ravaya (Sinhala Echo) – currently the most active Buddhist Right-wing groups which claim to protect the country’s Sinhalese-Buddhist character – have led numerous attacks on Christians and churches.

This year thus far, at least 30 churches have reported being attacked. Last year, Sri Lanka witnessed 52 incidents of Christian persecution.
It’s not just these “non-state” actors, but authorities are also targeting churches. Many churches have reported that administrative and police officials have ordered them not to operate any longer because they have not been “authorized” by the state.

While registration of religious organizations is not mandatory in Sri Lanka, the government has been contemplating bringing all religious groups under regulation for over a year. Churches last year complained they received a circular stating that all new constructions or continuation of places of worship will need prior approval from the Ministry of Religious Affairs.

Authorities are targeting particularly non-traditional or evangelical churches, apparently due to the suspicion that they might become part of the country’s civil society and pose a threat to the incumbent government in the future.

Evangelical Christians are being portrayed as enemies of the majority community. For example, the BBS organized a large gathering in Colombo in February, where a prominent leader of the group called on Archbishop of Colombo Cardinal Malcom Ranjith to create a Catholic force of his own against evangelical Christians “who were attempting to perpetuate Christian extremism in the country.”

The hate campaign against Muslims and Christians has been so fierce and frequent that sections of the people are seemingly convinced that hapless religious minorities can actually threaten the interests of the powerful majority community.
Last month, a 30-year-old Buddhist monk set himself alight in the central city of Kandy to protest against the slaughter of cattle and “conversion of Buddhists” by Christians. Later, about 200 Buddhists, supposedly supporters of the BBS, blocked traffic in Colombo, demanding state funeral for the monk. While the mob eventually dispersed without their demand being met, they vowed to keep up pressure on the government to stop the slaughter of animals and ensure there were no “unethical religious conversions.”

The BBS was founded in July 2012 by two Buddhist monks, who were formerly with the Jathika Hela Urumaya (JHU), a political party of monks and part of the ruling alliance. The two monks left the JHU, saying the party was not militant enough to protect Buddhism.

The Sinhala Ravaya was also founded by a group of Buddhist monks in recent months, and is believed to be headed by a former parliamentarian from the JHU. The group has publicly supported top officials of the government.

Leaders and members of the BBS and the Sinhala Ravaya are apparently being backed by authorities, as they have openly spread hatred against the religious minorities and launched attacks on them with almost complete impunity.

Azath Salley, leader of the newly formed Muslim Tamil National Alliance and former deputy mayor of Colombo who is known for criticizing the BBS and the current government, was arrested last month under the Prevention of Terrorism Act for “inciting religious disharmony” by giving an interview to a magazine in neighbouring India.

Salley had spoken against a March 28 attack by BBS monks on a Muslim-owned clothing warehouse, Fashion Bug, near Colombo. A mob of about 500 people had vandalized Fashion Bug, injuring at least six people.

The resurgence of Sinhala Buddhist nationalism can be attributed to the defeat of the Tamil Tigers in 2009, which by some was seen as a victory of Buddhism over Tamil nationalism. Besides, the end of the war led to contemplations over the identity of the state, giving space to promotion of nationalism. This also helps the government to legitimize the brutal military force it used in the war and the tens of thousands of civilian casualties that occurred as a result. This explains why the government is building Buddhist temples and shrines in Hindu-majority areas in the north and the east, where the war took place.

Moreover, the government appears to be desperate to garner popular support – on which the survival of some top officials depends in the post-war scenario – by aggressively pursuing Sinhala Buddhist nationalism.

If the propaganda against Christians and Muslims carries on unabated and the government continues to provide impunity to Buddhist groups, the space for religious minorities to practise their basic freedoms is likely to shrink much further. The International community needs to act sooner than later.
christiantoday