Who is holding the President accountable for this colossal waste of public coffers? 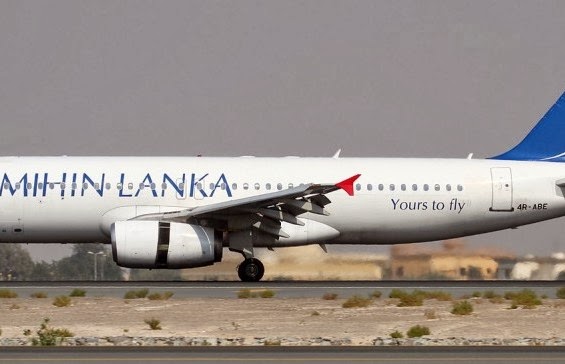 Through The Republic Square and other media we learn that Mihin Lanka, the brainchild of Sri Lanka’s current President Mahinda Rajapaksa, lost 2.2 billion over the current financial year. As Colombo Page notes, “Civil Aviation Minister Priyankara Jayaratne made this revelation in response to a question posed by United National Party (UNP) parliamentarian Ravi Karunanayaka. The Minister noted that the losses incurred by Mihin Lanka for the financial year 2011/2012 were Rs. 1.9 billion and Rs. 3.2 billion last year.
Emphasis ours. In 2012, we highlighted what even at the time were mind-boggling losses by the airline. In response, economist Anushka Wijesinha noted, 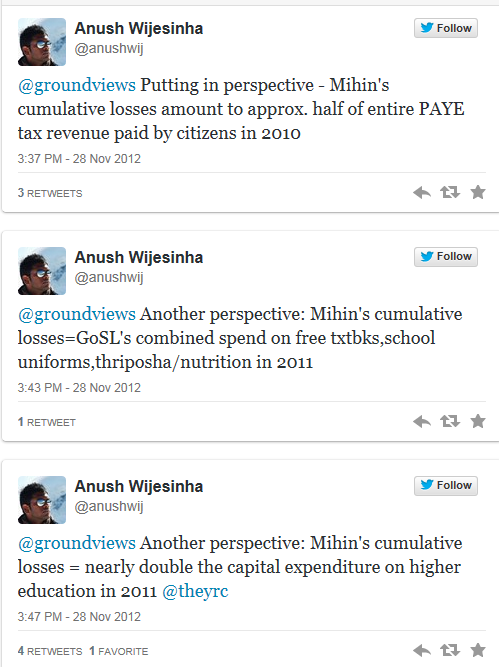 Note that this also is an airline that perversely increases the pay of its Directors the more losses are made. 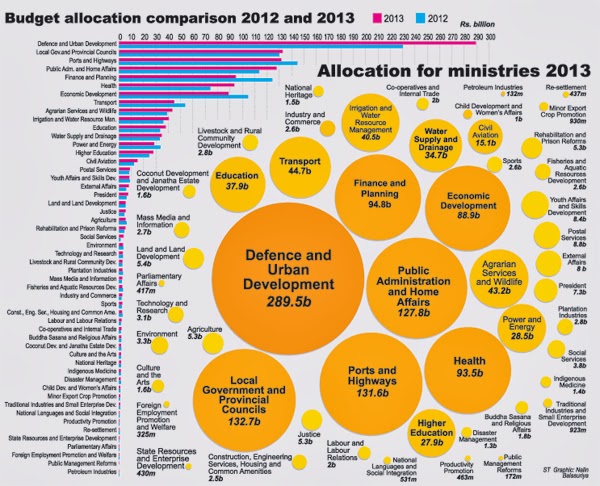 To put the airline’s losses over the current financial year alone into perspective (leaving aside the 3.2 billion loss incurred last year), it’s more than the budgetary allocations for the following Ministries over 2013, using data compiled and visualised by The Sunday Times above. In fact, in some cases, Mihin Lanka’s losses are greater than the budgetary allocations for several Ministries combined.

Mihin Lanka’s losses over the current financial year alone are just shy of the budgetary allocations over 2013 for the following ministries,
1.Sports 2.4b
2.Fisheries and Aquatic Resources Development 2.6b
3.Mass Media and Information 2.7b
We asked two years ago, and reiterate, who is holding the President accountable for this colossal waste of public coffers?
GV