Where is the alleged massacre report? The inquiry on hold 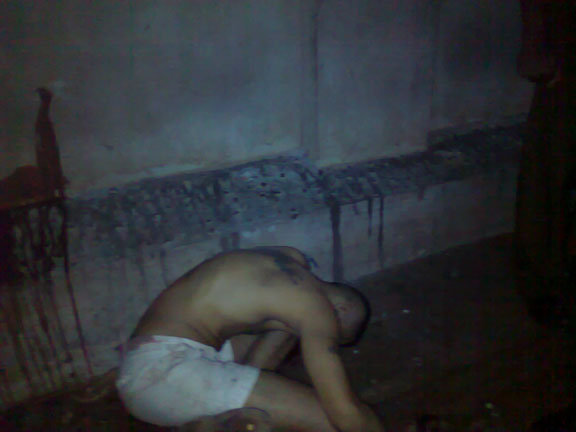 While the Human Rights Commission said they were awaiting the report of the Commission appointed to inquire into the alleged massacre at the Welikada Prison on November 9, opposition parties yesterday said many questions had been raised as to the progress of the report.

The Commission appointed by the Minister of Prison Reforms Chandrasiri Gajadeera initially told the media the report would be released within ‘three weeks’ of appointment which was done in the immediate aftermath of the incident.

However the contents or the progress of the report was yet to be made public with the Minister of Prison Reforms Chandrasiri Gajadeera and the Commissioner General of Prisons Pradeep Kodippili being unavailable for comment despite repeated attempts to contact them.

Retired High Court Judge Bandula Atapattu, former DIG Gunasena Thenabadu and former Legal Advisor to the Ministry of Prison Reforms and Rehabilitation, A. Lalith were appointed to investigate the incident

The Chairman of the Human Rights Commission Priyantha Perera said that they are awaiting the report of the commission on a request by the Commissioner General of Prisons,

UNP MP Harin Fernando said that there are many questions to which answers are yet to be provided.

“We initially believed that the commission appointed was ineffective, and to this day they are yet to provide the report despite the assurance that it would be submitted within 3 weeks” he said.

27 inmates were killed after an alleged shootout between the Prisoners and the STF after which thre were allegations of a massacre within the prison.

“There have been many allegations against the manner in which this was handled, and it is most definitely an issue that has raised eyebrows locally as well as internationally among human rights activits and organizations. Many questions are yet to be answered and we believe that even if the report was not credible a report nevertheless is of utmost importance” Fernando said.

Chairman of the HRC Priyantha Fernando said that the commission has put the inquiry on hold after a request made by the Commissioner General of Prisons.

“We wanted to visit the scene and speak to the inmates in order to gather concrete evidence of what happened. However, upon a request by the Commissioner General who insisted on us awaiting the Commission report before proceeding we decided to put the inquiry on hold” he said.

MP Fernando went on to state that the relevant Minister or any authority is yet to lay the facts and circumstances under which the incident took place.( By Hafeel Farisz)
DM