What is in store for Sri Lanka? – Victor Ivan 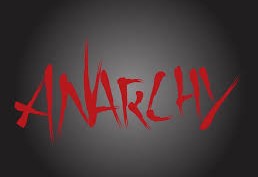 It has been my observation for a long time that Sri Lanka was moving towards a major collapse and in the process, it will plunge into a state of anarchy. It was not my wish, but an observation made after analysing carefully the affairs of the country and the way things had been happening.
The ethnic, caste and religious differences had been left to perpetuate without finding solutions for them. The resulting clashes did not stop at wreaking havoc on lives and property and continued to debilitate the country’s investment potential to a maximum. In this backdrop, skilled and talented people left the country. Looting has become a regular feature of the State rule in the country since 1978. It led to corrupt the State and the entire institutional system. As I understand, Sri Lanka is a dim-witted country which is not prepared to correct serious mistakes except for ignoring and leaving them to perpetuate and fossilize.
My observation was that this system was incapable of moving forward any longer, and a catastrophic collapse of it is inevitable at any time. Personally, this observation had become a tormenting question for me; and in order to free my mind from it, I ventured to write a book titled ‘Lankava Galavaganima’ (Rescuing Sri Lanka) in 2011. Although it had quite a good sale, I do not know if the readers were shocked at what was going to happen to Sri Lanka despite I have analysed the situation in detail.

The end of an era

After making my observations on Sri Lanka public, I adopted a policy of keeping a close eye on things happening in the country and watched them critically to find out whether my observations were objective and realistic. Of course, most of the incidents and events taken place have amply testified that my observations were accurate. By now, it can be said that to a large extent they have come true.
In my opinion, it can be said that in a symbolic sense, one political era in Sri Lanka has come to an end following the landslide victory of the Pohottuva Party at the two elections held recently, when the country was in a state of great crisis. The era that ended has terminated its course not after enjoying its maximum life span, but much earlier. It can be described as an untimely death caused by the failure to maintain that system properly.
It can be said that the opposition political movement that contested and lost the elections has been wiped out, in addition to the enormous collapse of the socio – economic life of the country. The devastation wrought on the UNP, the largest party in the country is incredible and unbelievable. On a superficial view, the political transformation that has taken place appears to have bestowed a strong position only to the political movement steered by the Rajapaksa clan while destroying the movements of all the other opposition political parties. But my perception of the situation is different.

It can be presumed that the survival of the opposition political movements has been completely devastated. They are in a desperate situation not capable of being restored. Although the Rajapaksa clan has achieved a landslide victory in both elections, it cannot be considered a lasting or sustainable victory. The country they have got to rule is not one that is in good order and easy to manage; it is in a state of deep confusion which might even jeopardise the recognition of the government. At the moment the country is not in a manageable situation, but in a critical state that might even destroy those who endeavour to manage it. No one with a strong racist approach will be able to manage this crisis at all. This situation may lead to destroying not only the popularity of the President, but also the victorious position of the government.
Foreign employment, export garment industry and tourism, the major avenues that generate foreign exchange earnings to the country are in a state of collapse to a large extent. The number of people who have lost their jobs in these three sectors alone is huge. Perhaps, it could rise up to one million. This situation has pushed Sri Lanka into a huge balance of payments crisis.
The government revenue has come down drastically, to a level which is less than 25 percent of the minimum expenditure required to meet the government expenses. This situation has made it exceedingly difficult for the government to carry out its day to day activities. There is a risk that Sri Lanka might be declared a bankrupt country if it fails to pay even a single instalment of interest and principal payable on foreign loans obtained on commercial basis. If that happens, the situation the country will have to face could be extremely unfortunate.
Paucity of vision
A large number of imported goods have been cut to reduce the cost of imports. This situation could further destabilize the economy. Cutting down on imports of spare parts can have a devastating effect on the industrial sector as well as the transport sector. If the number of job losses rises up to one million as has been projected, its impact on socio-political situations could be explosive.
The government does not seem to have the practical vision needed to overcome this complex crisis. The government seems to be thinking that a program of cracking down drug trafficking could prevent the government from going into crisis. However, this is an old trump which had been played even during the period 2010-2015. It was also used by President Maithripala Sirisena as well. In the case of narcotics, it may be possible to crack down the intermediate operators of small scale, but not the kingpins and the large scale operators because it is they who act as the main source of funds needed by politicians. Sri Lankan politicians have no real ability to fight the big drug traffickers, true to their conscience.

Crisis of the government

The crisis facing the government can be summed up as follows. The importance of competition always depends not on the victory, but on the cake that the winner receives for victory. However, this time the ruling party has received the cake for its victory; unfortunately it is not in an edible condition. That is where the mess of the victory of the ruling party lies.
At present, the monopoly of political dominance lies with the ruling party. Apparently, there is no discernible diminution in the confidence placed on the President by the people who voted for him. But the crisis the country is facing is not one that can be resolved by the good fortune alone of the president. Probably a situation might arise in which the popularity and the acceptance of the president as well as the government will evaporate when the public begins to feel the burden of the crisis oppressively. It will be in such an eventuality that the acceptance of the government that lies in the ideological plane is likely to diminish and the country may fall into a state of anarchy.
(Victor Ivan’s FB post)
Share
Facebook
Twitter
Pinterest
WhatsApp