What is happening in Sri Lanka? Why does it not have money? 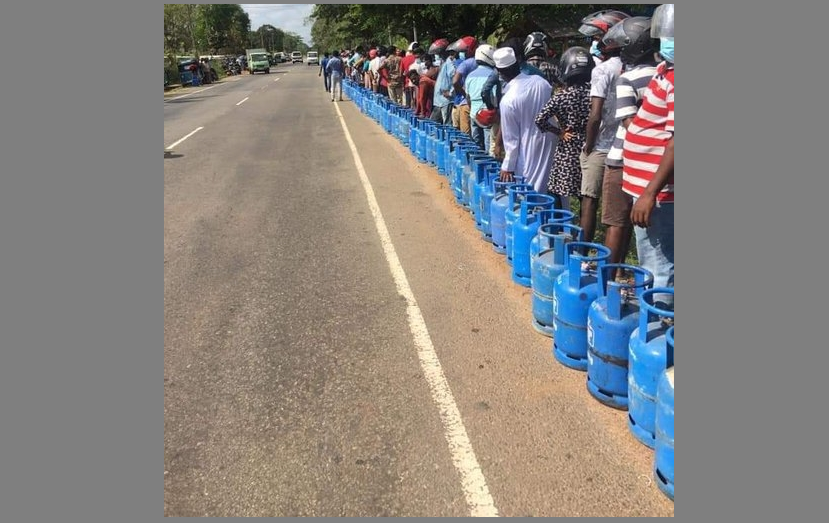 Sri Lanka’s current problem is it does not have enough money to buy what it needs from the outside world. Here’s what has happened.

(Prabhash K Dutta/India Today) Sri Lanka’s debt burden has become unmanageable for the country if a proper bailout package is not given to the country from an international financial agency or group.

A couple of millennia ago, most villages were economically self-sufficient. They produced everything that the residents needed. But modern nation-states are seldom self-sufficient though the globe itself is now a village. They export their surplus. They earn and save foreign reserves. And, they import to cover their deficiencies. Sri Lanka’s current problem is it does not have enough money to buy what it needs from outside world.

Sri Lanka has sought a $1 billion credit line from India to cover the import of essentials, news agency Reuters has reported as the island nation battles through its worst economic crisis in decades.

This is in addition to $1 billion India has already pledged to bail out Sri Lanka, which is struggling to pay for the essential imports including food and fuel.

HOW BAD IS IT?

Its foreign exchange reserve has dipped 70 per cent since January 2020. Sri Lanka’s foreign currency reserves fell to $2.31 billion in February a fall by $779 million from December 2021 through January 2022.

This stalled its imports leading to acute shortage of several essential items. Its currency has undergone substantial devaluation. Its efforts to find generous global lenders have not been very successful.

Sri Lanka’s debt burden has become unmanageable for the country if a proper bailout package is not given to the country from an international financial agency or group.

‍Sri Lanka is obligated to repay debt of about $7 billion in 2022. One of the debts is of $1 billion in the form of international sovereign bond that matures in July.
Sri Lanka’s public debt has risen (in projection) from 94 per cent of its gross domestic product (GDP) in 2019 to 119 per cent of the GDP in 2021, the International Monetary Fund (IMF) said in early March.

India has reportedly assured Sri Lanka that it would extend the credit line to meet the imports of essential items such as rice, wheat, wheat flour, pulses, sugar and medicines.

This is in addition to the Chinese currency swap facility amounting to $1.5 billion in 2021.

Lankans are having real tough time. Its banks are unable to secure dollars to finance imports of any kind including food, fuel and medicines. The Covid-19 pandemic only aggravated its economic woes since January 2020, after which the spread of coronavirus shell-shocked the world into separate cocoons.

Stalled imports of the essentials forced the government to resort to stricter rationing. For example, against one kg of milk a day, a Sri Lankan can now buy only 400 grams of milk a day.

Sri Lankan cities are facing daily power cuts of over five hours. Reports say people are forced to stand in kilometer-long queues to get cooking gas cylinders and petrol-diesel.

If Rome was not built in a day, a crisis does not arrive in a blink. Sri Lanka’s economy has had structural problems for several years. The successive government took short-cuts to address the issues.

For example, every government in the past 15 years issued sovereign bonds without provisioning for repayment. Its foreign exchange reserve increased but not through export of goods and services but from borrowing foreign currencies. This left its forex reserve vulnerable to market shocks.

In 2019, the Sri Lankan government announced substantial tax cuts which ended up lowering its revenue. Its loan arrangements with China too contributed to this crisis. Most of Chinese loan of over $5 billion in the past decade went to low-return projects such as construction of ports, airport and coal power plants.

When Covid-related curbs started lifting, tourist inflow was heavy from Russia and Ukraine, amounting to about 25 per cent up to mid-February. The Russia-Ukraine war and consequent sanctions on banking in Russia had a ripple effect on Sri Lanka. Its traditional tourist sources India, China, the UK and Germany have not recovered to pre-Covid levels.

The Covid-19 pandemic exposed the vulnerabilities and put Sri Lanka in a situation where it appears clueless about how to exit from this financial mess.