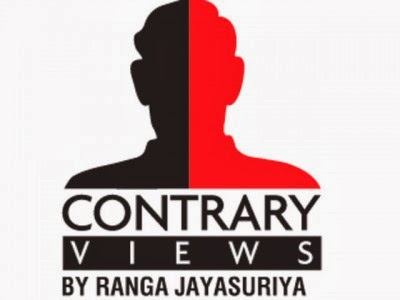 Welikada Prison massacre inquiry report is no less than a whitewash. Here is one palpable case as to why internal investigations conducted by the incumbent government are not worth their salt. The internal inquiry commissioned by Prison Reforms Minister, Chandrasiri Gajadeera, into the massacre at the Welikada Prison in 2012 has now ruled that the 27 prisoners, who were slaughtered in the prison riot, had in fact been killed by the prisoners themselves. Even by the standards of the incumbent government and its previous commissions, the latest commission findings are a bit of a stretch.

Minister Gajadeera, who appointed the three-member commission, says the commission report has stated that the prisoners had weapons and they had shot each other and that the lack of knowledge in using firearms and personal vendettas had led to the deaths of prisoners.

The three-member committee, comprising retired High Court Judge, Bandula Atapattu, retired Deputy Inspector General (DIG), Gunasena Thenabadu and Legal Officer of Prison Reforms, Lalith Andrahennadi was appointed by Minister Gajadeera in the aftermath of the outrage over the killings. The 565-page report of the commission has now been shared by the minister with Ministry Secretary, P.W. Witanage, Commissioner General of Prisons, Chandraratne Pallegama and other prison officials.

The report has not yet been released to the public and there is no plan by the ministry to do so.
The Prison Reforms Minister appears to have swallowed hook, line and sinker the fictitious findings in the commission report. He was also on record saying to this newspaper that the report had justified the summoning of the police Special Task Force to the prison.

However, the gory details of the massacre could not simply be covered up by a seemingly dubious commission of inquiry.

“After the riot was quelled, prisoners had reportedly gone back to their cells. Later, the STF and police officials attached to Peliyagoda and Dematagoda Stations came with a list of names and some inmates were asked to come out of their cells, ” one prison official told at that time. According to the prisoners, only 16 prisoners were killed in the riot. Eleven others were subsequently summarily executed.

The last inmate was killed at 6 a.m. on Saturday. Several others, such as Mole Chaminda and ‘Ward Place’ Shiyam, a leading drug baron, whose names were called out by the police survived as they had been transferred to the Mahara Prison on the previous day.
Eleven bodies that were transferred to the mortuary of the National Hospital from the prison on Saturday were believed to belong to the victims of summary execution.

According to the prisoners’ accounts, after the riot was quelled, prisoners were made to sit on the floor inside their cells by the police officers, who then called out names of prisoners from a list. Prisoners say 11 prisoners were taken out from the cells and later killed.

All evidence indicates that this is a summary execution, planned and sanctioned by the law enforcement authorities. The prisoners who were killed were hardcore elements, implicated in drug smuggling, multiple murders and armed robberies. The executions appeared to be part of then and present law enforcement strategy of underworld busting, which saw the custodial death of scores of hardcore criminal suspects, many of whom died under suspicious circumstances. The inability of the government appointed commission to acknowledge those gory details and its efforts to whitewash the culpability of the police and STF in those crimes are symptomatic of the overall collapse of the independent institutions of the country.

However, excessive servility towards the government manifest in those commissions, in fact, impedes even the feeblest efforts of the government to rehabilitate itself and its institutions. Those commissions and their lopsided judgments are indeed fostering the prevailing climate of impunity in the country. They are the manifestations of the internal rot of the current Sri Lankan State.
Their commissioners are proof of the cheapness of our times.

They in fact do more harm than favour to their masters. Through their servility they have proved that internal investigations in this country are more likely to be end up being a farce.

It is interesting that the three- member commission appointed by the Prison Reforms Minister took lot more time than the initial three months it was originally mandated. They ought to have taken a little more time and present the report on 1 April, the only day in the year that is befitting to such a ridiculous verdict.
CT