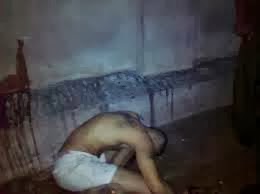 Ceylon Today editorial
In an editorial in the aftermath of the riots that broke out in the Welikada Prison in November 2012, which left 27 inmates dead and scores injured, we said, “Such a catastrophic security breakdown in the prison system is appalling and the callous and unprofessional way in which this so-called security operation was conducted, must stand the test of transparency and accountability.”

Exactly 13 months after the incident, said to be worst in the country’s history since the1983 riot, also at Welikada Prison, which left 53 prisoners dead, the three-man committee appointed to investigate the incident has, as reported in yesterday’s edition of this newspaper, concluded that the deaths were caused by fellow inmates and justified the summoning of the Special Task Force (STF) and the Army to control the situation.

The conclusion raises more questions about the intent of the report and about what exactly happened on 9 November, when the prisoners held siege to the Welikada Prison for nearly 13 hours. The question that is no doubt being asked by many is whether the conclusion is yet another eyewash to cover up the excesses of the forces, for if one recalls the media reports of the incident, there certainly was more to it than prisoners getting hold of weapons and having a go at one another.

It’s time we asked for our ‘pound of flesh’ too.

Transparency and accountability are the twin pillars upon which rest the respectability and legitimacy of any democratically-elected government. If either one or both crumble, so does democracy. The 565-page report, prepared by the three-member committee comprising retired High Court Judge Bandula Atapattu, retired Deputy Inspector General (DIG) of Police, Gunasena Thenabadu and Legal Officer of Prison Reforms, Lalith Andrahannadi, should not be allowed to gather dust in some cranny, where most such reports and memoranda have usually taken permanent refuge. Nor should the contents of the report be the exclusive property of a privileged few such as ministers and secretaries to ministries.

The apparent justification of the summoning of the Special Task Force (STF) and the Army to control the violent situation that erupted in the Welikada Prison on 9 November 2012 needs to be made public. The questions that dominated the aftermath of the incident are still ringing in the ears of many and the only way to quench the quest for truth so aroused by the riots is to release the report to the public, at least through Parliament.

Who fired the first shot? Who summoned the STF and the Army? What was the condition of those who were hospitalized after the incident? How many died on the spot and how many died in hospital? These nagging queries will not stop until satisfactory answers are received.

If the government fails in this instance to keep the public and Parliament informed of the actual contents of the report, it will only further strengthen and perpetuate the image that is being created in the international circles about Sri Lanka’s cavalier attitude to human rights violations and the refusal to acknowledge the transgressions of the forces.

When the Secretary to the Ministry of Prison and Prison Reform states, “If the minister gives his approval we can release the report by next week,” it is obvious that he has received specific instructions from higher authorities to keep quiet about the whole episode.

Once again, it is the Janatha Vimukthi Peramuna (JVP) that has come forward with the demand that the government release the report of the three-member committee. The party’s assertion that the public has a right to know as to how these prisoners were killed should be appreciated by every democracy-loving citizen in this country.

If the government is interested in maintaining a sense of legitimacy and a dignified posture among like-minded nations, it would not hesitate to release the report. If, on the other hand, it shows the slightest of indecision, the appearance of the guilt of concealment of truth cannot be ruled out. Then the government’s headache might be much worse than a prison riot.
CT