Welcome To The Surveillance State: China’s AI Cameras See All 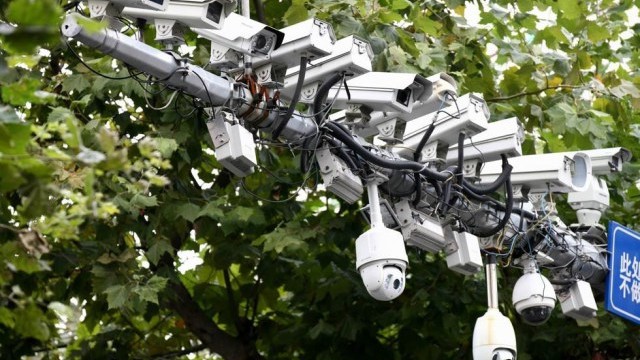 Across China, a network of 176 million surveillance cameras, expected to grow to 626 million by 2020, keeps watch on the country’s over 1.3 billion citizens.

Loaded with facial recognition technology and artificial intelligence that can keep tabs on people and their activities, the cameras represent a blessing for the security state and a nightmare for privacy advocates, dissidents and anyone else the Chinese government deems a threat.

To test the full capabilities of the system, the BBC sent journalist John Sudworth to Guiyang, a southern city with an urban population of about 3.5 million people, to see if he could get lost in the crowd:

Spoiler alert: Surveillance cameras readily identified Sudworth as a “suspect,” and police had him in custody within seven minutes.

In describing their surveillance system’s full capabilities to Sudworth, Guiyang authorities revealed they store massive amounts of data on everyone they can identify, regardless of their target’s criminal status.

That permits them to track anyone’s movements through the city, identifying other people they meet with and tracing their path back in time for a full week.

Officials told Sudworth that only criminals need fear the technology, but judging how it’s reportedly been used to monitor and intimidate ethnic minorities like the Uighurs in Western China, that’s not entirely true.

Petty crime is fair game, too ― as is using more than the approved amount of toilet paper in public restrooms.

In the eastern city of Jinan, officials use cameras to identify and publicly shame jaywalkers. Photos of offenders caught in the act are shown on a screen next to crosswalks, along with personal information about the person, like their home address and ID number.

And as Human Rights Watch points out, Chinese surveillance technology ― which, in many cases, is being developed at least partially with funding from Silicon Valley venture capital firms ― isn’t limited to use in China.

In 2014, a Chinese telecom company sold monitoring technology to the government of Ethiopia, which has been brutally cracking down on protesters. Brazil, Kenya, Ecuador and Britain have all purchasedChinese video monitoring systems as well.