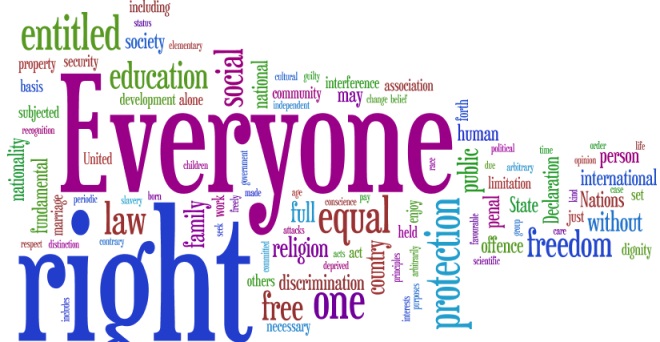 Arrest of two Tamil students of Sabaragamuwa University by the Terrorist Investigation Division (TID) remained a serious concern among the University student community. Rasindu Jayasinghe, the leader of the Students’ Movement of the Sabaragamuwa University told the Sunday Leader that they have lodged a complaint with the Human Right Commission of Sri Lanka over the arrest of the two Tamil students. The complaint was made on 9th Aug. “They are being accused of trying to create disharmony among the university students. We refute all the allegations levelled against those two students,” He further told the newspaper.

According to the police, the Sunday Leader reported that the third year student is being questioned for being allegedly involved in activities directed at spreading hatred and creating tension in the university. He was a former LTTE cadre who had been with the LTTE from 2008 to 2009, during the last phase of the war, and the student had undergone rehabilitation. The first year student is being arrested based on reports on self-inflicting injuries with the intention of blaming another group, in order to create disharmony among the university students, according to the police.

Quoting the Tamil language daily Uthayan published in Jaffna the Tamil Guardian reported that Tamils in Mullaitivu have lost their livelihoods without access to their land, which remains under Sri Lankan military control. Northern Provincial Council member Ravikaran had provided detailed list of land acquired by the military that belongs to Tamil people in Mullativu.

Two Tamil youth who have joined Sri Lanka army misbehaved while spending their leave with their families in Eachamoddai and Paasaiyur, reported Global Tamil News. After an argument with the villages they had become violent and smashed the furniture and sporting goods Eachamoddai Community Centre on 14 August A complaint regarding the damages was made by the villages at the Jaffna Police station.

A victim of BBS violence

LankaeNews reported that Wataraka Vijitha Thero had to undergo an operation as a result of injuries he suffered in the hand of abductors in late June. The abductors had tried to do a circumcision on his penis (‘to make him symbolically a Muslim’), and the injury got worsened forcing the Thero to undergo the operation, reported the web site. Speaking to the media Vijitha Thero expressed his helplessness in the face of police not taking any action on the threats to his life. The Vijitha Thero has being a victim of violence unleashed against him by the extremist Bodu Bala Sena for some time now.

Responding to the media on the above issue the police media spokesman S S P Ajith Rohana had said that the Wataraka Vijitha thero is trying to create a conflict situation and refuted the allegations made by the Vijitha Thero. S.S.P. Rohana is a well-known apologist of the regime.

Not a signatory to 1951 Refugee Convention

Speaking to media on 14th August Minister of Mass Media and Information, Keheliya Rambukwella stated that as the GoSL is not a signatory to the 1951 UN the government has right to deport asylum seekers in Sri Lanka back to their countries. He further said UNHCR’s claims that by its actions, Sri Lanka was violating the principle of non-refoulement (no-forced-returns) were irrelevant as there is a treaty that deals with refugees, and Sri Lanka was not a party to it. “Bottom line is that we have not done anything wrong in deporting them,” Rambukwella insisted, reported the Nation.

The Minister was responding to the statement by two UN Human Rights experts who expressed their ‘grave concern’ at the situation of Pakistani asylum seekers in Sri Lanka ‘being detained forcefully and forcefully deported to Pakistan without an adequate assessment of their asylum claims’. “States must guarantee that every single asylum claim is individually assessed with due process and in line with international law,” stressed the UN Special Rapporteurs on minority issues, Rita Izsák, and on freedom of religion and belief, Heiner Bielefeldt, according to a press release issued by the UN.

A day after (15th Aug.) the minsters refusal the Court of Appeal ordered to suspend of deportation of Pakistani asylum seekers back to their country, till August 29. In issuing the order, the Court of Appeal had noted that Sri Lanka is a signatory to UN refugee laws and so should not send back asylum seekers, reported the Colombo Gazette. At least 108 Pakistani citizens have been deported since the beginning of August, according to the UN Refugees Agency (UNHCR).

Senior DIG Anura Senanayake’s promise to the Courts that the department would take adequate measures to tighten security of the President of the Bar Association of Sri Lanka, Attorney-at-law, Upul Jayasuriya had not been implemented( by 15th August). This was revealed by the Mr. Jayasuriya himself speaking at a press conference, Ada Derana reported. “There are some police officers in and around my residence in civvies. But, this is not what I requested for. I needed a police officer or two in official uniforms for my security, as I have threats to my life,” Jayasuriya had said.

SL Police, intelligence officers had threatened relatives of missing persons in Mannaar, who wanted to appear in front of the SL Presidential Commission on Missing Persons (SLPC), reported the Tamil Net. The chairman of Mannaar Citizens Committee, Rev Fr Immanuel Sebamalai, told the website that SL military intelligence officers had even gone to the extent of telling the people that there will be no use in appearing in front of the SLPC. 230 witnesses were supposed to present themselves from three DS divisions of Mannaar West, Mannaar and Madu. But only 155 people managed witnessed, according to Fr Sebamalai. The Citizens Committee has registered 260 cases of missing persons in Mannaar, according to Fr Immanuel Sebamalai.

Bodu Bala Sena (BBS), the extremist Buddhist Monks outfit had called for the prominent Tamil civil society activist, the Bishop of Mannar, to be arrested, reported the Tamil Guardian. “Bishop Rayappu Joseph is continuously expressing comments against Sri Lanka and its military, nationally and internationally. The government is watching all of this but continues to remain silent,” the BBS leader, the Buddhist monk Galagoda Gnanasara had said. “You should not just scream that a snake is piercing, but beat and kill it, similarly, the Bishop is continuously involved in treacherous activities and should arrested and jailed,” Gnanasara had urged.

Officials from the Jaffna District Office have started to collect details of households over the last weekend, Uthayan newspaper reported. Residents were asked by regional secretaries to list individuals in each household, and details were collected about empty houses, rented houses and the homeless. No explanation was given to the local population on why details of households were being collected.