‘We will fight this corrupt ring of rogues even if we are killed on the streets’ – AKD, JVP 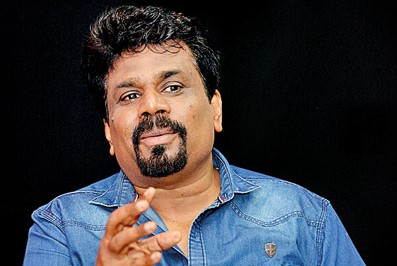 There is a “ring of corrupt rogues” in the country who have deprived the people of billions of rupees in funds that belong to them, National People’s Power (NPP) Leader Anura Kumara Dissanayake told Parliament last week.

Speaking during the second day of the adjournment debate on the final report of the Commission of Inquiry (CoI) into Political Victimisation, the NPP Leader alleged that this “ring” was composed of a handful of politicians, Government officials, members of the armed forces and police, certain powerful businessmen and sections of the judiciary. While their numbers are few, this ring of corruption has been fraudulently amassing wealth belonging to the people for years, he further claimed.

He charged that the CoI into political victimisation was an attempt by these rogues to ensure that they escape justice by way of Parliamentary decree. The CoI into political victimisation does not just stop in recommending the withdrawal of cases against accused, but also recommends action against the original complainants, investigating officers, counsel from the Attorney General’s Department who prosecuted the cases and even judges who heard the cases, he pointed out.

Mr Dissanayake also noted that the CoI has recommended legal action against him based on 10 points, whilst also recommending that he and several others be stripped of their civic rights through a special Presidential Commission of Inquiry.

“The people’s money has been amassed by this ring of rogues. We will fight these rogues, thieves, fraudsters and thugs. That will not be stopped by any commissions or prisons. We will continue this fight even if we are killed on the streets,” Mr Dissanayake insisted.

He claimed that the CoI’s reports had been compiled with the purpose of achieving political aims. “Take the Avant Garde case. In the High Court case, the Chairman of Avant Garde is the accused and he is cross examined on the witness stand by the State Counsel from the AG’s Department. But at the Commission, that very same State Counsel is put on the stand and cross examined by Avant Garde, who is the complainant. In which country does this happen?”

He pointed out that the CoI has recommended that charges against the accused in 78 cases it examined be dropped. This includes dropping charges against former Navy Commander Wasantha Karannagoda and several other navy personnel in the high profile case involving the abduction and enforced disappearance of 11 persons.

Among the other cases was that of Yoshitha Rajapaksa regarding the CSN network. “Yoshitha Rajapaksa was a second lieutenant in the navy. How did he acquire property worth in excess of Rs 500 million that came under CSN? He has to explain to court how he acquired CSN. He can explain how much he earned from his paddy field in Medamulana, how much he got from Mahinda Rajapaksa’s salary and his own, and the bag of gems from his grandmother. Then he’ll be free. Instead, the CoI wants the charges against him dropped,” the NPP leader quipped.

The CoI has also recommended several cases filed against former Minister Basil Rajapaksa be dropped. These include the case involving the Rs 200 million house and property in Malwana and the acquiring of a one acre plot of land at “Brown’s Hill in Matara, Mr Dissanayake further pointed out.

It is also absurd that Udaya Gammanpila and Dr Nalaka Godahewa, who are sitting MPs, will be voting for the Government motion to carry out recommendations of the CoI, because they will be voting to get court cases filed against them dismissed, Mr Dissanayake said.

Dr Godahewa is an accused in the case involving the channelling of Rs 5 million belonging to the Securities and Exchange Commission (SEC) to the ‘Tharunyata Hetak’ organisation whilst Mr Gammanpila is accused of using a forged power of attorney to sell a property belonging to an Australian couple. The CoI has recommended that charges against both of them be dropped.

“There’s also the case of former Magistrate Thilina Gamage, who is accused of illegally keeping an elephant. In one of its reports, the CoI recommends that charges against him be withdrawn. In another report, it recommends that he also be given back the elephant,” the MP told the House.

Mr Dissanayake also blasted the CoI for recommending the withdrawal of charges against Sri Lanka’s former Ambassador to the US Jaliya Wickramasuriya, who is the main accused in the fraud involving the purchase and subsequent sale of the premises housing the Sri Lankan Embassy. He pointed out that Mr Wickramasuriya fled the country after being given bail by the High Court, along with the two women who put up the bail for him. “This is a man who has an international Red Notice out for his arrest.”

The CoI has also recommended that charges be withdrawn against Sri Lanka’s former Ambassador to Ukraine Udayanga Weeratunga, a main accused in the MiG deal fraud. “Weeratunga played a key role in the sale of four MiG aircraft from Ukraine to Sri Lanka. The aircraft cost USD 7 million but the Government had paid USD 14 million for them. What happened to the other USD 7 million? Shouldn’t that be investigated? Remember that this is the same case in which Gotabaya Rajapaksa is also an accused,” Mr Dissanayake added.

“How dare they file cases against me for lodging complaints? We’ll see them in court,” he concluded.