We were never interested in covering the human cost of the war but in chasing down the bullets. 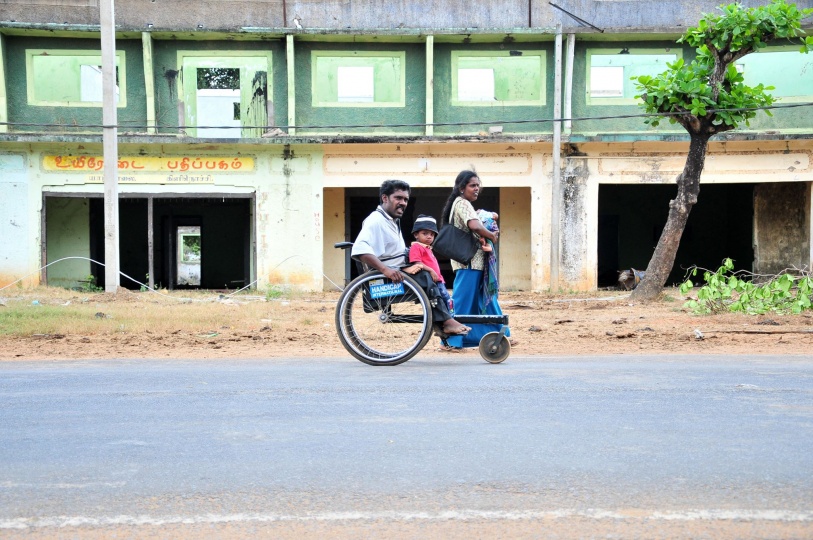 Amantha Perera, a foreign correspondent and Dart Centre Asia Pacific’s Regional Facilitator, reflects on covering the Sri Lankan Civil War. “I did not see fear. I did not see sorrow, hate or revenge. I wish I had,” he writes. “I saw a deep, unfathomable darkness. An abyss. As if there was nothing left to feel, nothing to live for.”

“Tell us what it was like when the war was on,” lots of young journalists ask me these days. The question makes me feel a generation older, asking for details of a conflict that ended just seven years and six months ago.

But in those years we have seen seismic changes. When I travel with some of these newcomers into former conflict areas, they hardly look at all like they used to. In Welikanda in the Eastern Province , we stop and sip tea at a military-run restaurant in the Punani area. Dusk falls. A group of young soldiers play cricket. Their silhouetted shadows against the setting sun set one of my young companions on a mad dash to take pictures and immediately upload them to Facebook.

Not so long ago, the Tigers used Punani to cross the main highway. Until 2007, they were in control of large areas of jungle and villages on either side. Then, there were no wayside military-run restaurants. In fact when the highway neared a military camp it would veer acutely to the side and snake around it. There were no soldiers playing cricket. No young men running around with mobile phones at dusk trying to take their pictures. Such action would invite a life-changing reaction.

The next day, I am near the lagoon as the sun rises. From the side the new bridge looks impressive. There are small boats moving slowly near the shore, casting nets. They were there then as well.

But there were also checkpoints, soldiers with guns and metal hooks patrolling the streets. The hooks were homespun detectors used to locate wires connecting hidden IEDs.

A colleague is flying a drone. He flies it over the new bridge. The footage is mighty impressive. My thoughts retreat to years back when standing along the same shores, I shivered every time artillery fire erupted across the river.

One memory stands out. In mid-2007 I was speaking with a civilian. Suddenly, a loud bang – the fighting between the military and the Tigers had erupted. I held my head and ducked down under the table beside us. My interview subject – a gentle, mild-mannered, middle-aged man – kept on talking. He looked at me, smiled and said, “The artillery is long range. It flies over the roofs. If you go to the top, you can actually see them fly.”

My young colleagues want to know about the “macho” side of the war. They don’t care for the ducking-under-the-table version. Many journalists my age revel in that role; the macho, thick-skinned war reporter straight out of the movies. I hardly saw those in the conflict zone back then. Many of these macho types, men and women alike, only had passing glimpses of the war zone. But seven years later, they are all experts.

They ask me what my most frightening moment was. I tell them it was those eyes. Those civilian eyes, battered and bruised, with nothing left to cling onto. Their eyes were like deep dark wells. In them I did not see fear. I did not see sorrow, hate or revenge. I wish I had. I saw a deep, unfathomable darkness. An abyss. As if there was nothing left to feel, nothing left to live for.

During the same assignment to the East, I find myself in the Meera Mosque in Katankuddi, where on August 3, 1990, over 100 people died when Tamil Tigers mowed down Muslim worshippers at prayer. The front wall still remains the same, pocked with bullets. Everything else has been renovated. But the bullet holes remain.

Two of my traveling companions talk of the angle of the bullets, the weapons that were used. For a second I entertain the thought of telling them that over 100 lives were taken here. But then I hold back. We were never interested in covering the human cost of the war, then and even now. We were interested in chasing down the bullets.