Was Sharni Abeysekara imprisoned because he went after the mastermind behind the Easter attacks? Question paper to Cardinal Ranjith 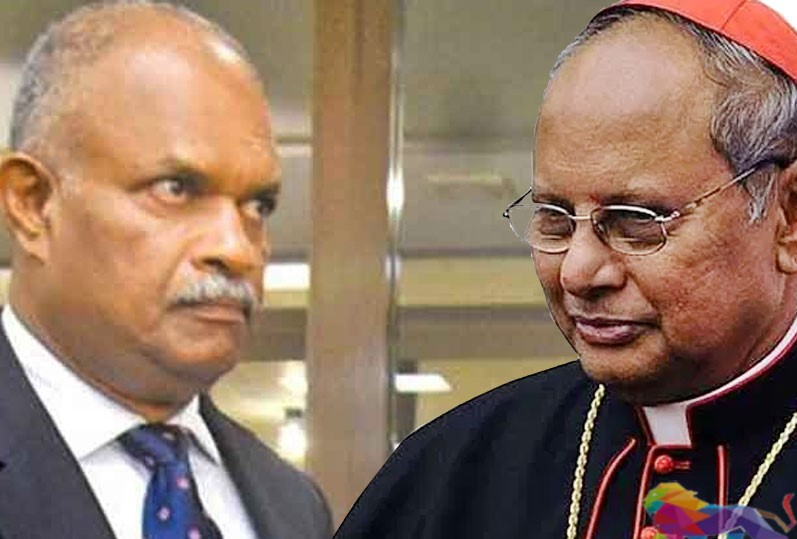 On the second anniversary of the infamous Easter attack, Cardinal Malcolm Ranjith is seen in a desperate attempt to hide the masterminds of the massacre instead of seeking justice and accountability.

In particular, the cardinal is attempting to effectively silence the voices of victims for justice with increasing contradictory statements day by day.

It is no secret to many that his occasional false claim that he is committed to bringing justice to the victims is a cunning political ploy to protect his employers, the Rajapaksas.

If the political arguments he raises from time to time are not a tactic to protect the Rajapaksas and especially his longtime ally Gotabhaya Rajapaksa, we challenge him to answer the following questions in the name of God.

1. Why haven’t you so far not spoken out against the imprisonment of SSP Shani Abeysekara, who led the investigation into the Easter Sunday attacks and “found the mastermind through an IP address” as MP Harin Fernando stated?

ASP Jayasinghe who was investigating the attack on the Katuwapitiya mosque

ASP Tissera who was investigating the attack on Kochchikade mosque

ASP Kalanasiri, who was investigating the attack on the Kingsbury Hotel,

SSP Nuwan Asanka, who was investigating the attack on the Cinnamon Grand Hotel,

SP Lokuhetti who was investigating the attack on Shangri-La Hotel

were transferred by Rajapakasa Government.

Why do ignore the fact that  President Gotabhaya Rajapaksa had transferred all those experienced officers once he came to power?

3. You shout from time to time that action should be taken against former President Maithripala Sirisena. But then why do you behave in a way that you do not know that DIG Nilantha Jayawardena, the former Chief of Intelligence under President Sirisena, has deleted all data on his office phone and laptop as exposed at the Commission?

4. When SSP Shani Abeysekera as well as former DIG Ravi Seneviratne testified before the Presidential Commission that Saharan could not be the mastermind of the Easter Sunday attacks and that it had nothing to do with IS, why did the lawyer who appeared for you avoid questioning them further?

5. Why do you not ask that Sarah, the wife of a suicide bomber, be repatriated and investigated despite clear evidence that she has fled the country? Is the reason for your mysterious silence because you are getting special privileges from the Rajapaksa government this time as well as during the last Rajapaksa regime?

6. What is the current position of your niece Ruwani Cooray, who was appointed to the diplomatic missions of the Embassies in the Philippines and Paris during the Mahinda Rajapaksa regime without any qualifications?

Have any other such relatives of yours been appointed to government posts?

8. Do you not realize that not only the attackers and the masterminds as well as you will one day be punished for your conduct before God?

If you do not answer these questions and continue to try to hide the Easter attackers, we would like to inform you that a group of Christians is preparing to present their Cardinal’s status to the Vatican.

Translation of a Sinhala article appeared in  The Leader